HomeMobilesUpto 30% off on Best Camera Phones 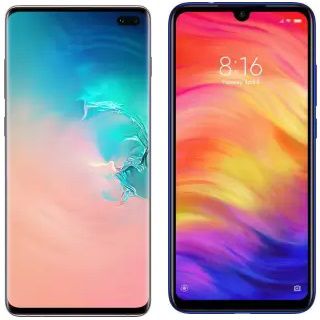 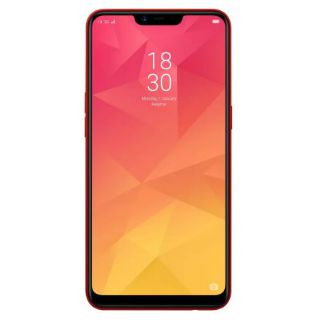 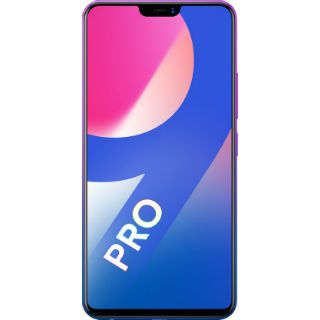 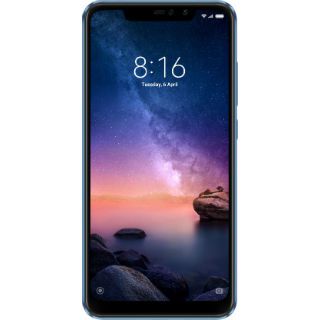 Upto 30% off on Best Camera Phones

Best Camera Phones 2019 - Get Upto 30% off on best Camera Phones. You can get best camera phones from mobile manufacture brands like Apple, Samung, Xioami, Motorola, Realme, Oppo, Vivo etc. Almost all brands now comes with dual rear and front cameras along with front flash. By using duel cameras portrait mode is very popular which blur out other object leaving only subject.

Upto 30% off on Best Camera Phones

Whether it’s the Huawei P30 Pro, the Google Pixel 3, the iPhone XS Max or the Samsung Galaxy S10+, all the best camera smartphones possess distinctive camera features in different photography conditions. You might be confused about which one is a better choice for perfect photography. We understand that picking the best camera phone in 2019 has become harder, with so many flagship camera smartphones are available in the market, including Huawei P30 Pro, Samsung Galaxy Note 10 plus & S10+, Google Pixel 3 and Apple iPhone XS Max. So, before buying the best camera phone for you, you’ll want to figure out your photography needs.

To reduce the confusion, we bring you a lineup of the best camera phones available in India, which could be your perfect photography companion.

Huawei P30 Pro is a camera beast that sets a benchmark for mobile photography under different lighting circumstances. Huawei P30 Pro photography proving the smartphone that’s breaking the Apple and Samsung duopoly in the smartphone market. The phone boasts a combination of 40MP, 20MP and 8MP lenses combines powerfully with excellent image processing and super zoom features. Also, there is a fourth lens called Time-Of-Flight (ToF) camera for more depth on portrait shots. The phone is capable of offering 5x optical zoom, and digital zoom up to 50x, which is maximum by any smartphone. In addition to this, Huawei P30 Pro captures the top-quality low-light pictures, which is better than any other flagship in the market. If you’re looking to buy a phone that can suit your requirements, the Huawei P30 Pro should be your go-to choice.

Bringing the photography experience to the new world, Samsung recently launched its powerful Galaxy Note 10 Plus in the market. The Galaxy Note10+ packs a triple camera setup with ToF (time-of-flight) lens at the back, consisting of a primary 12MP sensor with a dual f/1.5-f/2.4 aperture, a 12MP telephoto lens, and a 16MP ultra-wide angle lens with 123-degrees field-of-view. The f/1.5 aperture enables you to click incredible snaps during low-light conditions, while the f/2.4 mode helps you click stunning photos in bright light. The phone offers many new features like Video bokeh, Super steady mode, Zoom-in Mic, video editing and much more makes this phone the best camera smartphones available in India. You can also shoot incredible colour and detail in 4K UHD, all thanks to HDR10+ and dynamic tone mapping present in Note10+. All these features make the Galaxy Note10+ one of the best camera phones out in the market right now.

The Apple iPhone XS Max is not only the best camera phone you can buy in 2019, but it’s also the most expensive one available in the Indian market. The iPhone XS Max camera offers a dual 12MP sensors on the rear (one for telephoto and one for wide-angle photography), and both lenses have optical image stabilisation, whereas, for clicking dazzling selfies, there is a 7MP TrueDepth camera snapper at the front. The device manages to take some great shots even in low-light conditions. You can also record 4K video at 60 frames per second from its rear camera and 1080p video at 30 frames per second from the front. So, if you’re looking for premium smartphones with best camera quality, iPhone XS Max would be a great choice.

Google Pixel 3 is one of the best camera phones available in the market. It’s also the most dependable smartphone camera in which users can rely on, edging out the iPhone camera by a small margin. The Pixel 3 boasts a single 12.2-megapixel sensor in its rear, capable of clicking perfect pictures under different scenarios, all thanks to intelligent camera algorithm from Google. Pixel 3 is meant for android lovers who are looking for the best camera phones at a reasonable price. In the front, the Pixel 3 sports a dual-camera setup consisting both 8MP lens (wide and ultrawide) for capturing perfect wide-angle selfies, portraits and group photos. You can also record 2K and 1080p videos from the rear and front shooter respectively. In addition to it, new features like Night Sight for low-light shots, and super-res zoom makes the Google Pixel 3 the best camera smartphone choice for many users.

The Samsung Galaxy S10+ sports a new design, a brilliant display and a triple rear-camera setup which makes it the Best Camera Phones in India. The phone sports a horizontal triple-camera setup at its rear with a combination of 12MP (wide) + 12MP (telephoto) + 16 MP (ultrawide) lenses. The wide-angle lens features dual aperture ranging from f/1.5 to f/2.4 to take bright pictures during the day as well as in low-light conditions. Adding an additional 16-megapixel ultra-wide-angle lens is capable of capturing cinematic photos with a 123-degree field of vision. As far as selfies are concerned, the 10-megapixel and an 8-megapixel dual-lens snapper click amazing selfies and portraits. Also, the phone is capable of recording 4K video at 60 frames per second and super slow-mo at 960 frames per second. Overall, Samsung S10+ is a well-rounded package for low capturing brighter sunny days shots as well as for low-light photos.

For the first time, Oneplus stepped into a flagship photography category, offering a triple-camera module in its OnePlus 7 Pro smartphone. The smartphone packs a triple camera setup at the back, consisting of a primary 48-megapixel sensor, an 8-megapixel telephoto sensor, and a 16-megapixel wide-angle lens with 117-degrees field-of-view. On the front, the device boasts a 16-megapixel camera for selfies. Oneplus 7 Pro camera clicks superb pictures and provides immense details, which makes this phone the best camera smartphone. If you like details in your images, you would be pleasantly surprised with OnePlus 7 Pro shots.

The Apple iPhone X may now be old, but it’s still giving competition to the latest smartphones available in the market. For its stunning photography, iPhone X is one of the best camera smartphone users can buy at a budget price. iPhone X offers a dual rear camera setup like the iPhone 8 plus but clicks much better pictures in the overall department. In a camera module, you’ll find two 12MP shooters for normal and telephoto photography, and in front, you’ll get a 7MP selfie snapper for sharp and bright images. Apple iPhone X is still an excellent choice for anyone who wants to buy the best camera phone in India.

Smartphone cameras with wider aperture lenses let in more light, which helps you to click better pictures in the dark. The high-megapixel sensors added in the latest smartphone devices are nice but seems less necessary. So, don’t be afraid to buy last year’s phone to get a flagship camera phone on the cheap.

Not all dual lenses are created equal -

In today’s smartphones world, camera modules are advancing, adding two, three even four lenses in the rear camera. However, all the dual lenses cameras don’t necessary to perform the same. Some phones like Samsung Galaxy Note 9 and Apple iPhone XS MAX use their dual lenses for background blur - known as the highly coveted depth-effect. While other smartphones like the LG V30 dual camera let you switch between wide-angle and standard lenses. Other flagship phones are adding a third lens, which generally helps you capture cinematic photos.

The Telephoto Lens - Is Portrait mode essential for photography?

The telephoto lens photography in smartphones goes by different names - Live Focus on Samsung’s smartphones, Portrait mode on the iPhones, but many phones named this feature as bokeh effects. Live Photo mode or Portrait mode is designed for photographing distant subjects like wildlife, sports events, and even capturing portraits. In portrait photography, the background features an artistic blur, while the subject of the photo is in sharp focus. This feature is mostly available in dual-camera mobile phones, but Google Pixel uses software to produce a bokeh effect in the single-lens. Smartphones like Samsung also lets you adjust the blur effect before and after you take a shot.

The Selfie Camera specs are just as important -

Apart from the rear camera, we also check how a front camera performs in different lighting conditions. To take a perfect snap, you shouldn’t overlook a smartphone’s front camera. In addition to megapixels, also check out the aperture to get a sense of how the camera will perform in low-light conditions. The Pixel 3 and Samsung S10+ are one of a handful of phones to add dual lenses up front, to click superb photos.

Many flagship camera phones offer different video recording options and features in both cameras. While purchasing a Best Camera Phones, you should consider in what resolution the camera captures video at along with the frame rate. For example, the Huawei P30 Pro can record 4K video at 30 frames per second, while the Samsung Galaxy S10+ & Note10+ double the frame rate to 60 fps for 4K video. Also, many phones offer slow-motion video recording, and some even provide super slow-motion video recording features.