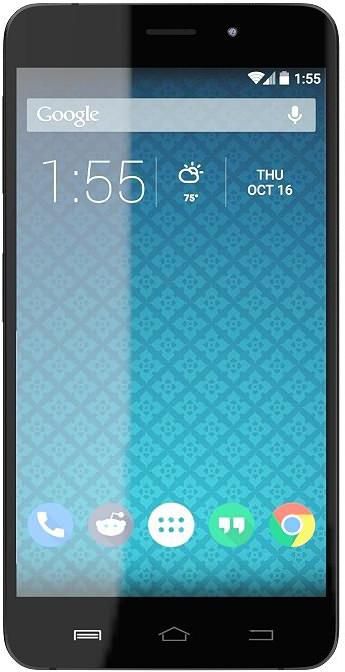 Comio is vying to be among the top three positions in smartphone brands by the year 2022 in India. Chinese brands have always been high on delivering attractive smartphones in competitive price range, and Comio is doing the same. The phones come with ‘Comio Support’ where you can replace your phone if you break the screen within March 2018. Also, the handsets have 30-days replacement offer if it is found with any defect. Comio also provides a ‘Buy back’ offer where you bring in your old mobile handset and get a discount on new Comio smartphone. Clearly, a prudent marketing attempt by Comio to get attention from the Indian crowd. The sheer abundance of smartphones at this price range is staggering but the flipside is their performance remain quite the same with not glaring differences. There could be some tweak around more battery power, or a little more upgraded hardware specification though. The bottomline is Comio C1 is a good entry level smartphone and if you are into options other than Xiaomi or Samsung, C1 could might well be your choice.

China’s Topwise Communications made its foray into India’s smartphone market with its flagship Comio in 2016. Last year it launched Comio C1, priced at Rs 4,999 it is the cheapest Comio smartphone. For now, the company, which has been an original design manufacturer (ODM) for many Indian and Chinese smartphone brands, is aiming to become popular in domestic market with its series of handsets like Comio C1, S1 and P1. Comio phones pack a punch with its attractive design and competitive hardware specifications and C1 is no exception. The phone is a serious rival to other smartphones available in Indian market at this price range, including Samsung Galaxy J3 pro, Coolpad Note 5 Lite, and Xiaomi Redmi 4A. The Comio C1 has a bit of everything for everyone. Available in Mellow Gold and Space Black colors, Comio C1 can be bought from any online store, like Amazon, Flipkart and Snapdeal.

The Comio C1 is powered by 1.3 GHz 64-bit Quad-Core Mediatek Cortex A-53 MTK6737 chipset that is accompanied with Mali-T720 GPU and 1GB RAM. It measures 143.5 x 71.3 x 9.35 mm and weighs 175 grams. As you open Comio C1 from the box it is hard to miss its sleek appeal and the credit goes to its metallic unibody design, a rare breed among entry level smartphones for sure. Weighing about 175 grams the classy mellow gold phone exudes the feel of any high-end smartphones available in the market today. The glass display meets the abrupt sharp edges with a nice finesse, a commendable attempt by Comio. The volume rocker and lock button are on the left edge with the 3.5mm headphone jack on the top. The back of the camera has a feel that is between glossy and matte finish. It has the camera lens with flash with the speaker grille at the bottom. The front camera comes with screen flash and sits at the top. The removable back cover gives way to the hybrid microSD card slot which is expandable up to 128 GB. It has an internal memory of 32 GB and has no OTG support. The phone has dual SIM option and supports Wi-Fi connectivity and Bluetooth. It is compatible with any GSM network provider and supports 4G/LTE and 4G VoLTE.

The C1 can win hearts for its attention towards design at this price which often is not the case with other brands. The sturdy design and premium touch is definitely a winner for C1. The phone comes with a headphone, which many Chinese brands does not provide, and charging plug.

The 5-inch display has an HD resolution of 720 x 1280 IPS LCD at 297 pixels per inch. The screen is crisp and clear and the IPS LCD panel delivers enough pop to the display. The screen is very reflective under direct sunlight and is not bright enough in the dark. Oddly the screen is very fingerprint intensive, meaning if you fondle the device for a while the screen gets finger impressions quite easily. Comio could have provided an oleophobic coating on its screen to prevent fingerprint impressions so easily, which also tells us that it won’t be long before you will get scratches on the phone screen. The TFT capacitive touchscreen is to some extent seamless and after a while becomes less responsive and has some lag time. But if I stop nit-picking, the C1 is impressive in its display, though colors might not be okay all the time, given the price tag it has.

With a 2,200 mAh battery the Comio C1 does an average performance and you can mostly work with it throughout the day with one charge. It worked for a little over five hours with highest screen display and full-screen video streaming over LTE. Comio C1 fared badly when it came to calls, as the sound gets incoherent and extremely raspy to the point of not understanding. Definitely a thumb down. The battery exhausts pretty fast if you are video streaming, playing games, or multi-tasking, which is what people prefers to do with their smartphones. It can deliver basic operations like YouTube, Gmail, Chrome, Maps, and messages with ease. It is a foregone conclusion that with 1GB RAM it becomes heavy on the processor if you want to multitask. For instance, if you want to watch YouTube and do Facebook at the same time, the phone will hang up and have significant lag time. There will be slowdown in its process and the system will be forced to shut down some background apps. For the same reason its expandable memory option of 128GB can play fowl if you go for that. Games high on graphics, like Asphalt is not playable in this phone, but you can play basic games. The audio and video are decent and you cannot be queasy with its quality and will glide along with low expectations.

The Comio C1 has an 8-megapixel rear camera and a 5-megapixel front camera. The back camera has autofocus options with no frame drops which Comio promises to be effective even when shooting moving objects. The real results are quite the contrary, as moving object shots are muddy most of the time but with several tries could become better. Comio has provided its own camera application that boasts of having a bokeh effect, which unfortunately isn’t as impressive as OnePlus 5 and Xiaomi Mi A1. The front camera has beauty mode which one can add for some enhancements, though I will refrain from using it because it has a mediocre feel. Though both the cameras produce a little over saturated pictures, they are vivid and natural. But pictures lose clarity and gets mushy in poor light, even the flashlight does not help. Shooting video is not very enticing and is grainy and muddy. Considering the price point it is remarkable to note the plethora of options one could get. But again, the slack in shutter speed and a lagging camera interface are some of the perils of an entry-level smartphone and I guess one can wave that off easily.

Comio C1 is loaded with Android 7.0 Nougat operating system and is high unlikely that it will ever receive an update to Android Oreo. The reason is simple, the processor does not have the ability to run an updated version. But the good news is Comio has an upgrade offer, where you can buy a new Comio smartphone within a year and get 40% cashback on the pre-owned Comio handset. The phone is close to stock Android with a minimal Comio skin on top. The user interface is pretty average with usual home screens, lockscreens and notification panel. The hardware has the ability to ensure a seamless software performance with some apps pre-installed, which thankfully one can disable or force stop. The phone can handle basic operations including call, email, browsing, social networking, maps and messages. You can get along with basic gaming apps though and the outcome is not disappointing. Overall, the interface is decent and is expected in an entry-levels smartphone.