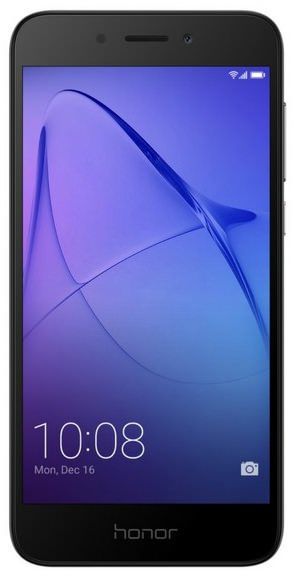 The Honor Holly 4 is a good, compact smartphone from the house of Huawei. It comes with an ergonomic design, great build quality with an all metal body and good overall performance. Both the cameras are good, battery life is moderately better than its competition and the UI is smooth as well. However, the resolution of the display is on the lower side as we get Full HD displays at this price point. Also, Honor could have used a better processor. The hybrid SIM slot is another bummer as well. We would definitely recommend the Honor Holly 4 if you are okay with a HD display. In case you want to check out other options, do have a look at the Honor 6X, Lenovo K8 Plus and Coolpad Cool 1.

Huawei's sub-brand Honor had launched the Holly 4 back in October 2017 in the Indian market. It is the successor of the Holly 3 and was introduced in China as Honor 6A earlier this year. The Honor Holly 4 is a compact smartphone with good hardware and software. However, the budget smartphone space has heated up a lot and there is immense competition. So let us find out in our Honor Holly 4 review if it will be able to make a mark in this price segment or fade away with time. Although, do take a look at the specifications of the device first before diving into the full review.

The Honor Holly 4 is powered by a Snapdragon 430 octa-core processor, that comes with 3GB RAM and 32GB internal memory (expandable up to 128GB). The phone sports a 5-inch HD display and runs on Emotion UI based on Android 7.0 Nougat OS out of the box. In the camera department, we get a 13 megapixel rear camera along with a 5 megapixel selfie shooter. A fingerprint sensor is found below the primary camera. There is Dual SIM connectivity along with 4G VoLTE support. Others include 3G HSPA+, WiFi 802.11 b/g/n, Bluetooth 4.1 LE and GPS + GLONASS. In the sensor section, we get an accelerometer, magnetometer, ambient light and proximity sensor. Under the hood, there is a 3220mAh non-removable battery.

The Honor Holly 4 is completely made out of metal and feels like a premium device. Its predecessor had a plastic body and thus the Holly 4 is a great upgrade in terms of build. The phone has a compact design as well, thanks to the 5-inch display and fits perfectly in our hands. It has an ergonomic design with premium build quality. The Holly 4 feels light and can be used for long durations without causing any stress. The curved edges along the corners give it a great grip. The metal on the back side has a matte finish and hence does not feel slippery. The phone looks very classy, specially in grey color.

Starting with the front side, we get a 5-inch display panel along with the selfie camera, earpiece, LED notification along with couple of sensors. There are on-screen navigation buttons and hence we do not get capacitive buttons. The volume rocker and power/lock buttons are located on the right side, while the left side houses the hybrid slot for SIM and microSD cards. The 3.5mm audio jack sits at the top while the microUSB port, primary microphone and loudspeaker are located at the bottom. Moving on to the back, we get the primary camera with LED flash at the top. The fingerprint sensor sits below the camera and the Honor branding is found at the bottom. The back cover is non-removable but a 3020mAh battery (non-removable) sits underneath. Overall, the Honor Holly 4 has a premium design and an ergonomic body with good hardware.

The Honor Holly 4 rocks a 5-inch IPS display with a resolution of 1280 x 720 pixels (HD). It is certainly not the best display in this price segment as we get Full HD panels. Although, the screen does not look pixellated as it is compact which results in higher pixel density inspite of having low resolution. Coming to the quality of the display, it is top-notch and offers a bright and vivid experience. The colors look natural, brightness and contrast levels are good. The texts, images and videos look quite sharp but certainly not as sharp as it would have looked on a Full HD display. The viewing angles and sunlight legibility are very good too. We do not get a branded protective glass over the display but it certainly has one. However, you should be very careful and not drop the phone ever, as it could result in shattering the display.

The touch response of the Holly 4 is very smooth and fluid because of the lag free UI and good quality display. Overall, the Honor Holly 4 has a good compact HD display but a Full HD panel would have certainly made it much better.

The Honor Holly 4 is powered by a Snapdragon 430 octa-core processor clocked at 1.5GHz along with 3GB RAM. It is the modern-day low-end chipset from the house of Snapdragon but it does a good job. Most of the day-to-day processes and tasks get easily handled by the Snapdragon 430. The most popular apps and games open very quickly as they are well optimized. The UI also does not lag a bit. In terms of multitasking, the 3GB RAM takes care of the performance and thus it is very smooth. You can also play most games on this phone without facing any lag or stuttering but the high-end games will run on low to medium settings due to HD display and low-end processor. The Holly 4 comes with 32GB of internal storage, out of which you will get around 24GB of free space. If you are not satisfied with the memory, you can also add up to 128GB by inserting a microSD card but you have to sacrifice one SIM card. The fingerprint sensor placed at the back can unlock the phone very quickly and it is deadly accurate as well.

Now coming to the connectivity department, there is Dual SIM (nano) support but we get a hybrid slot. We also get 4G VoLTE connectivity and both the slot supports it. The battery capacity of the Holly 4 is 3220mAh but it is non-removable and we do not get any fast charging support. The battery lasts longer than other smartphones with the same capacity due to deep hardware and software integration. You will get more than one day of battery life with moderate usage.

Overall, the performance of the Honor Holly 4 is commendable but it would have been better with a more powerful processor.

In the camera department, the Honor Holly 4 smartphone rocks a 13 megapixel primary camera at the back. It can capture good images with a lot of detail in natural day lighting conditions. The colors are accurate as well. However, in low lighting and indoor conditions, the images had some noise but it was very minimal. The focusing mechanism was quite fast and accurate. HDR mode was the best for capturing landscape images with high dynamic range. Macro images shot with the rear camera had a lot of depth of field as well. On the front, we get a 5 megapixel selfie camera and it is also capable of clicking good selfies, specially in natural lighting. There were various live filters and beauty modes as well that help in enhancing the quality of the selfies.

The camera app of the Holly 4 smartphone has a very simple and easy to use interface, that can even be used by first time smartphone users without any issue. There are a lot of shooting modes including a pro mode but Auto mode is suitable for most of the situations. The primary camera can record Full HD videos and the quality is quite good. Overall, the camera department of the Honor Holly 4 is certainly one of the best in its price segment.

The machine drilled speaker holes of the Honor Holly 4 are located on the right bottom. We get two similar looking speakers on both sides of the microUSB port but both of them are not speakers. The one on the left is the primary microphone. Like many other smartphone manufacturers, Honor has done this for symmetry in design. The loudspeaker's volume is quite loud and it is very good as well in terms of quality. However, it is not the loudest in its price segment. The default music app is good enough for local music consumption as it has a lot of features but you can download third-party apps like Saavn for streaming music.

The Honor Holly 4 can play both HD and Full HD videos with ease but it struggles with Ultra HD or 4K content as it comes with an low-power processor and HD display. The phone comes with a pair of earphones but they are pretty basic and do not offer the best audio experience. Hence, you should use a good pair of earphones for the best audio experience while playing games or watching movies. Overall, the audio and video quality of the Honor Holly 4 is pretty good.

Out of the box, the Honor Holly 4 runs on Emotion UI 5.0 based on Android 7.0 Nougat OS. Hopefully, it will also get updated to Android 8.0 Oreo OS in the near future. Emotion UI has evolved a lot in the past couple of years. Earlier, it was not a preferred choice for Android users and they used to pick the likes of MIUI over EMUI but now the scene has changed. EMUI is now very stable and looks modern. It offers a lot of customizable features starting from built-in themes to gestures. You can change the look of the UI according to your taste. You also have option of App twin which enables you to log in to two different accounts for the same app at the same time. This is very useful for social media and messaging apps. A lot of pre-installed apps (bloatware) are included in the Holly 4 but you can easily uninstall and delete them, if you do not wish to use them. Also, in case you're not a fan of EMUI, you can install the Pixel Launcher to get a stock Android look.

Overall, the UI of the Honor Holly 4 is very fluid and looks modern.