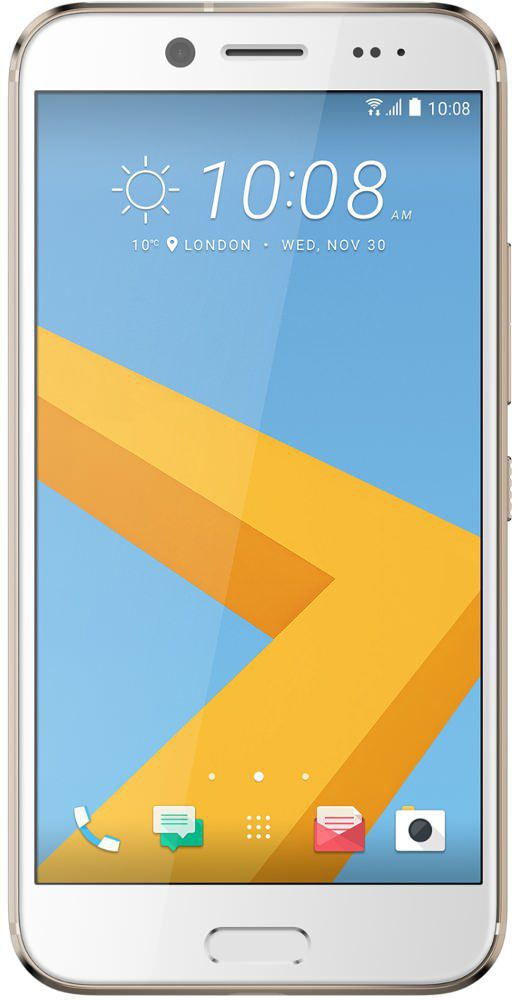 Conclusion:
The HTC 10 evo looks a strange phone that doesn't ticks all the right boxes. Some of the aspects that work in Evo's favour include its solid build, refined software, water resistance, adaptive audio, and USB Type-C input (for headphones too). However, the phone doesn't looks enticing with its dated processor when other high-end phones like OnePlus 3T, HTC 10 and Samsung Galaxy S7 offer a much better Snapdragon 820 processor in a same or lesser price. The lack of 3.5mm audio jack, Type-C dongle and a reliable camera are few other downsides. Overall, the HTC 10 Evo comes as a pricey phone and in case you're much inclined towards HTC then you can consider HTC 10 instead.
Introduction:
HTC 10 evo was unveiled back in November but the phone made its way to India in February at premium pricing of Rs. 48,990. Looking at the 10 Evo, makes us wonder why HTC launched this phone because it simply doesn't makes sense. What's the point of Evo when one can buy the company's flagship, HTC 10 with a much better and modern hardware at an equivalent price? The HTC 10 Evo is powered by a two-year old Snapdragon 810 processor which is known for heating issues and was used in HTC M9, launched in Q1, 2015. The 10 evo is HTC's first smartphone to ship with Android 7.0 Nougat out of the box and without a 3.5mm headphone jack. The phone features a metal unibody design, is IP57 certified for water and dust resistance, and comes with USB Type-C dual adaptive earphones. Let's cover other aspects of the device in our review below
Design & Display:

Featuring HTC's signature build, the HTC 10 evo carries the same design language as the HTC 10 with an all-metal body. However, the phone has a flat back now with chamfered edges running around the edges and a bigger 5.5-inch screen. The lack of subtle curves makes it little tough to grip but overall the phone is comfortable to hold. The handset made entirely out of aluminum feels very solid and weighs 174g. On the front, there is a capacitive home button with an integrated fingerprint sensor along with the usual back and multitasking button. Moving to the back, a camera bump can be clearly spotted besides the HTC branding and antenna lines. A textured power key and volume rocker is there on right side. Instead of a Hybrid SIM tray, there are two separate trays for SIM and microSD card/SIM on the left side which looks odd. The top side is bald whereas the bottom portion holds the speaker grille and Type-C port.

HTC has been courageous to get rid of the 3.5mm audio jack on the 10 evo, which means audio output will be supported using the USB Type-C port, as seen on LeEco phones.

HTC bundles USB-C Hi-Res earphones but there is no dongle supplied to use your older pair of 3.5mm jack headphones. The device is water and dust resistant with IP57 rating, hence it can be submerged in 1 metre of water. Overall, we liked the design that doesn't compromises on quality but the lack of 3.5mm jack hurts.

The Evo sports a bigger 5.5-inch Quad HD display with a 2560 x 1440 resolution at 534ppi, protected by curved edge Corning Gorilla Glass 5. The display looks good but not stunning mainly due to the lack of AMOLED panel which are known for offering more punch, vibrancy, and deeper blacks. Evo has a Super LCD 3 display which is technically lower than HTC 10's Super LCD 5 and in occurrence too. The color tone looks slightly dull and it's not as bright as other flagship phones. Overall, the Evo's display is crisp, accurate and has viewing angles better than HTC 10.

Dive deep into the Evo's hardware and you'll be left with disappointment. The reason being HTC 10 evo is powered by a 2.0GHz Snapdragon 810 processor, the standard chipset found in 2015's flagships (including HTC's own M9) and is known for overheating issues. The scenario remains likewise as the 10 evo gets noticeably warm while charging and turns hotter when playing resource intensive games like Real Racing  3. The performance is smooth in day-to-day usage that involves browsing, messaging, and likes. But the dated SoC doesn't justifies its price and we'd have really preferred Snapdragon 820 over the 810.

The Evo packs only 3GB of RAM when 4GB is a norm and offers 32GB of storage that is expandable via microSD card up to 2TB. The fingerprint sensor is fast and accurate, also doubles up as home button. The phone supports NFC, VoLTE, dual-band Wi-Fi up to 802.11ac and USB Type-C. In Benchmark test, the evo scored 3310 in Geekbench's 4 multi-core test and 1050 in single-core test.

The evo houses a 16MP rear camera having a f/2.0 aperture, OIS and PDAF. It supports 4K video recording @30 fps with Hi-Res audio and 720p slow-motion video @120fps. Camera modes include: Auto HDR, Zoe capture, Hyperlapse plus there is a Pro mode with manual controls that captures in RAW format. The HTC camera app has a simplistic UI and is fast to open and focus. Speaking of performance, photos taken in daylight look good but they lack those details and color vibrancy which are expected from a phone in this price range. Low-light shots tend to exhibit noise and the camera struggles to focus in less light despite having OIS but the images still look good.

The Evo packs a 3200mAh battery inside with Quick Charge 2.0 fast charging, another sign of phone's old processor. The battery doesn't perform as expected due to the inclusion of an older chipset combined with a QHD display. In our test, the phone lasted  for just 11 hours in HD video playback test on loop, which is lower than the HTC 10 with a smaller battery. The Evo 10 is able to last throughout the day under normal usage but the quick battery drain is evident while streaming videos and playing music over Bluetooth devices. The included fast charger took over 2 hours to fully charge the phone.

Audio & Video:
Audio has been a key aspect of HTC phones and that applies with the Evo too. The device packs a single bottom-firing loudspeaker with Hi-Res audio support rather than dual front-facing speakers. A set of Hi-Res USB Type-C headphones are bundled that makes use of the Type-C port as there is no 3.5mm audio jack. The 10 evo boasts HTC's BoomSound Adaptive audio system which tailors the headset audio profile to one's individual hearing. The sound output is loud and rich in bass.
Software & Ui:

The 10 Evo is HTC's first phone to run on Android 7.0 Nougat out of the box with a mild flavour of Sense UI. The latest update brings new features such as native split-screen multitasking, improved doze mode, and revamped notifications. HTC's BlinkFeed launcher is still there which can be turned off. There are a set of HTC themes to customize the device, tweaks to switch between a large or small display and quick settings are customizable too. HTC has got rid of the bloatware and duplicate apps, that gives a feeling of close to stock Android. Though, you’ll find company’s proprietary Sense apps and core Google apps pre-loaded in addition to some social apps from Facebook. HTC has ditched its own Gallery and Music app too for Google apps.

There is a useful Boost+ app with few utilities like Lock apps, that lets you lock specific apps and unlock them using your fingerprint. Then there is a night mode accessible through quick settings pane which users can customize as well. We found the software UI to be clean and fast, delivering a smooth experience.