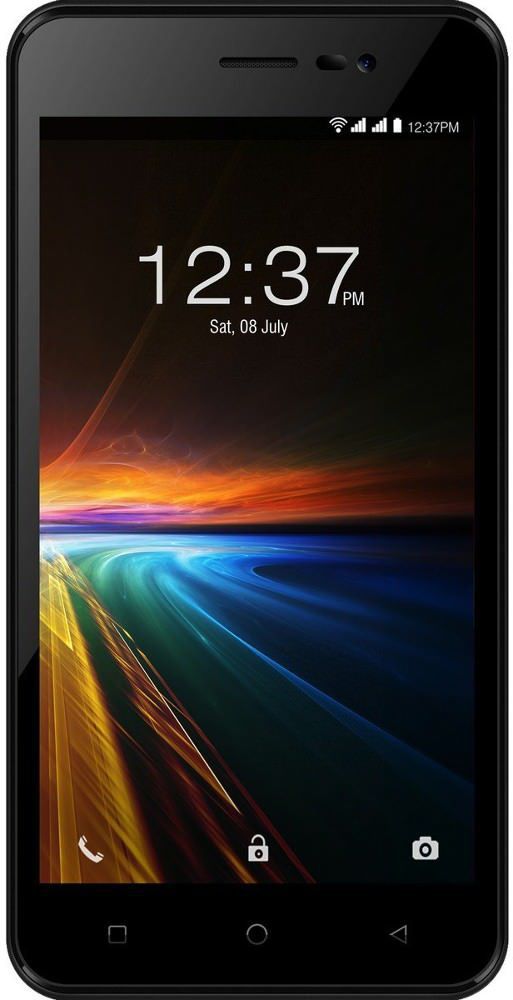 The Intex Aqua S1 which is priced at Rs. 4,499 is a decent offering at this price coming from a well-trusted brand like Intex. The build and design are on point; we get the latest operating system with stock interface, the cameras are good too for daylight clicks and also has 4G VoLTE support as well. However, the display is an issue with poor brightness levels; the device can’t handle heavy multitasking and performance. Despite the shortcomings, the Intex Aqua S1 is a good buy for the asking price as the pros clearly outshine the cons making it a sweet deal for first time smartphone users or for those who are looking for a secondary phone.

Intex has recently launched the Aqua S1 smartphone in India exclusive to Amazon.in following the online model. The Aqua series is a top-rated series for Intex as it mostly includes smartphones with acceptable hardware and most importantly 4G Volte support at a price that is affordable. The recently launched S1 also falls in the same segment, so today we will be taking a closer look at the device and see if it's worth the money you pay.

The Intex Aqua S1 sports a 5-inches FWVGA (854 x 480 pixels) TN display and is powered by the MediaTek MT6737V SoC clocked at 1.25 GHz quad-core processor with Mali-T720 GPU. There are 1GB RAM and 8GB internal memory that is expandable up to 64GB via a microSD card. It runs on Android 7.0 Nougat right out of the box.

Talking about the camera, there is a 5-megapixel rear camera with LED Flash and a 5-megapixel front camera for selfies and video calls. Connectivity features include 4G VoLTE, WiFi 802.11 b/g/n, Bluetooth 4.0, and GPS. A 2300mAh battery is on board for all the battery needs.

As with most entry-level affordable segment, the Aqua S1 too is a similar looking device that especially adopts its looks from previous Intex phones. There is nothing fancy with the design, but the company has given attention to every small detail like the rounded edges, curved back panel to not hurt your hands. At 5-inches size, the device is a perfect fit for hands and also gives more real estate on display for games or media consumption. It is all plastic, but doesn’t give away any cheap look and looks sturdy as well. The rear panel is slippery as it is plastic and is also prone to scratches if you drop it or place it on a rough surface which might negate the looks of it.

The front of the device houses a 5MP selfie camera, the usual set of sensors, main earpiece, and down below, you find the three capacitive keys which aren’t backlit. The volume rockers and the power button is present on the right, and the 3.5mm headphone jack along with the microUSB port is present on the top. At the bottom, you have the primary microphone. Flipping the device to the rear is where the 5MP camera, LED flash, Intex logo, main speaker grill is present. Strip opening the back panel gives you access to the sim card and microSD card slot and 2300mAh battery. Overall, a decent offering from Intex at this price point and for the asking price, the Aqua S1 should be a satisfactory offering.

The device sports a 5-inches FWVGA (854 X 480) display. The company is also bundling a screen protector within the box, and you will need the it as the display attracts fingerprints quite a lot. Due to the low-resolution screen, pixilation and the lack of sharpness in the images and text are clearly visible. However, colours look good, and the sunlight legibility is also acceptable. The device’s brightness is strictly limited to indoors, as the outdoor visibility is not so bright while using the device under direct sunlight even with maximum brightness.

The poor brightness levels clearly have an affect on the viewing angles, as there is a slight colour shift and bluish tint which can be noticed while tilting the phone at certain angles. Touch response is good. Like we said above, the screen attracts fingerprints quickly which makes it annoying to clean every time, but thankfully the the company has bundled a screen protector within the box. Overall, it's a decent display, but the poor brightness levels make it a deal breaker for us.

The Aqua S1 is powered by the MediaTek MT6737V SoC clocked at 1.25GHz Quad-Core processor with Mali-T720 GPU and 1GB RAM. The chipset is quite aged for today's apps to run, but for the most part, it handles essential and casual apps smoothly. They open up acceptably quick and load reasonably fast as well. Once the apps open there isn’t any lag or stutters, but it all comes down to the apps that you are running. Multitasking is also smooth, but only if you have a maximum of 3-4 apps, as enough RAM is very less, apps run out of memory very often. For casual tasks like making or taking phone calls, sending text messages, browsing with 2-3 tabs, streaming videos, checking social media updates are fine, but there is slight frame drop that is noticeable on slight heavy usage. The chipset is meant for basic functions, and anything beyond that will put pressure on the device resulting in lags and sluggish U.I.

Moving to gaming, we tried out casual games like Asphalt Nitro, Leo’s Fortune, Drag Racing, Riptide GP2. The gameplay was good. However, there are occasional frame drops that are visible, but then again, for the most part, the games were still playable. The Mali-T720 GPU is a capable GPU that can handle basic to moderate games quite good. Overall, performance wise, if you are moderate to light user, you will have no issues using the device, but that said, heavy users might have to trim down the expectations.

The Intex Aqua S1 packs a 5-megapixel rear camera and a 5-megapixel front camera for selfies and video calls. The camera app is simple with toggles for the front camera, flash, video and more settings sitting right in front of the main home screen where it is convenient for users to enable or disable. The output from the rear camera in well-lit and outdoor conditions is good, with a fair amount of color accuracy and details. There are dull moments in the pictures, but that is quite acceptable. Focusing is a bit slow, and the viewfinder takes a fair two seconds time to shift the frame when we move the camera. Since there is autofocus, macro shots are fine, though there is noise creeping in, it wasn’t a big deal unless you zoom into the pictures. The low-light images are totally washed out, blurry and noisy images, despite the presence of LED flash.

The Aqua S1 packs 2300mAh battery that is removable. With causal to moderate usage that includes phone calls, watching videos, checking social media updates, casual gaming for an hour, we were able to pull it until the end of the day. However, on heavy and continuous usage, it died even before evening making us charge once again to pull through until the end of the day. The idle battery drain or battery drop overnight is not the heavy side, which is a good thing.

We suggest you carry the power brick with you if you’re a heavy usage, as the battery drops drastically on slight heavy use which is common with most phones. Speaking of charging speeds, the 2300mAh battery took close to 2 hours 40 minutes to charge completely which is quite acceptable as we can’t expect fast charge at this price point. We did all our testing with single SIM; the results will vary if you are using the device with dual SIM. The maximum screen on time we were able to achieve was little over 2 hours 20. Overall the battery department is not a disappointment but drains fast with heavy and continuous usage.

The company is including a pair of earphones within the box, and the audio quality via them is good, there is no distortion heard as well. The loudspeaker is placed on the rear side, and the output is loud and crisp most of the time. We didn’t hear any crackling sounds nor distortion. The only issue is when you place the device on a flat surface, the sound gets muffled and flat. The default music player can play a wide range of audio formats, but there is no equalizer support.

The device runs on Android 7.0 Nougat out of the box. It is very nice seeing even entry-level running on the latest OS. The interface is almost stock which is yet another good thing as it keeps things smooth and clean. Apart from Google apps, few other apps like Amazon, 9apps, Chillz, Daily Hunt, UC browser comes pre-installed which can’t be removed until you root the device which might again void your warranty.

Being stock U.I, there aren’t any default customization available by default, but you can take advantage of the apps from play store to install custom launchers and icon packs to change the look and feel of the Interface. There is 1GB of RAM out of which around 500MB is free when the device is left idle. The available RAM is enough to run most basic apps with ease and smoothly as well. There aren’t any lags or stutters in the interface, especially while browsing or scrolling. Multitasking was also smooth given that you aren’t running intensive applications in the background which is when the device starts slowly slowing down and throwing lag at you. To keep the device lag free and smooth, constantly keep the background apps count in check or clean the unused apps that give enough RAM to run new apps smoothly.

Overall, the latest OS combined with the stock interface is a significant advantage for the Intex Aqua S1. But we wish the company hadn’t included too many bloatware apps which would have not just given more space, but also kept the interface much cleaner.