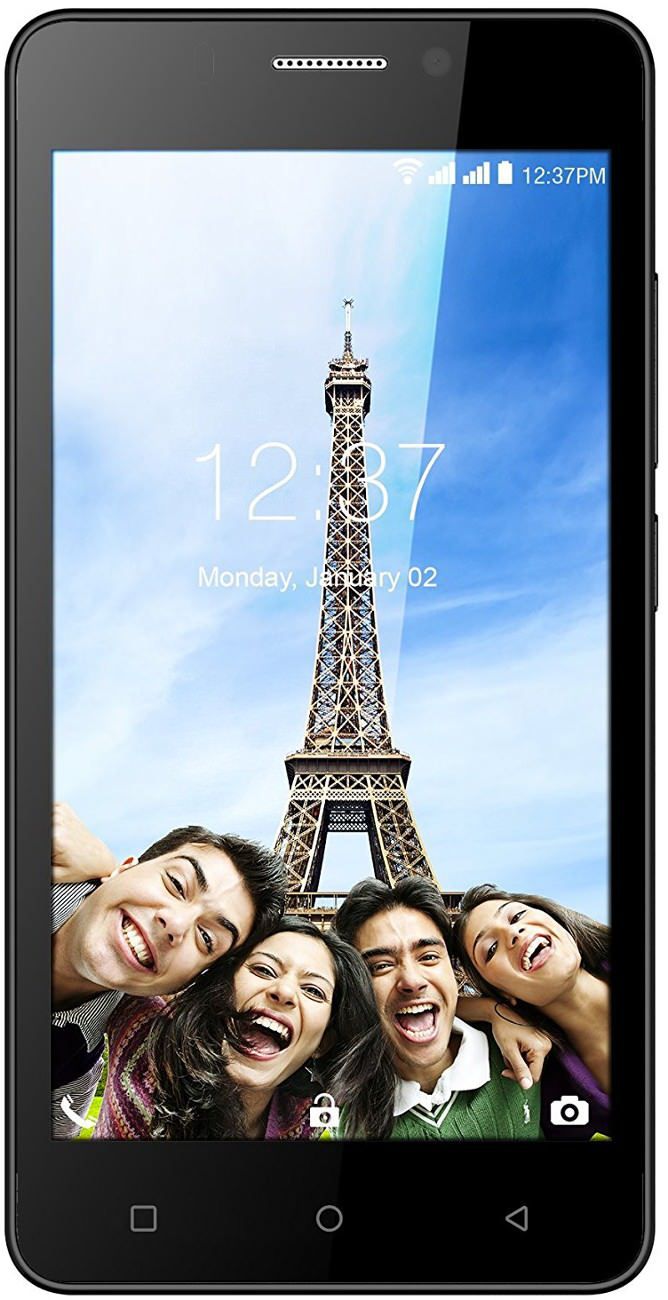 Conclusion:
The money you would spend for Intex Aqua Supreme Plus would be worthy only if you’d use the native language feature in the smartphone. Otherwise, you must think that you are just donating money to the Intex. Because, at the same price, you would get smartphones from Samsung and Xiaomi around the same price which has more features. You must also note that you will have to purchase additional accessories such as screen guard (if the one that comes with the box does not satisfy you) and third-party earphones (because the one which comes within the box produces average sound output). If you are looking for a smartphone that has a plastic body, should weigh less and lasts for up to a day on a normal usage that includes Facebook and WhatsApp, you can go ahead and buy Intex Aqua Supreme Plus. Or else, you know what to do. We have given you options as well.
Introduction:

It’s not very easy for any company to win the hearts of people from different sections of community through their products. Yes, there are companies like Samsung that have achieved this feat, but they are not the only ones. Other brands like Intex are also well known for the same. The Indian smartphone maker however is good at introducing smartphones at budget rates, Intex Aqua Supreme Plus is one of them. Let us have a detailed look at the smartphone beginning first with the specifications.

Intex Aqua Supreme Plus sports a 5-inch HD IPS LCD Capacitive touchscreen display at a resolution of 720 x 1280 pixels with 294 ppi pixel density. It is powered by 1.3 GHz Quad core Mediatek MT6737 processor and runs on Android 6.0 Marshmallow out of the box. The device comes with 2 GB RAM and 16 GB internal storage that can be expanded up to 128 GB using microSD card. The rear camera is a 13-megapixel shooter with Video Recording, Digital Zoom, Touch Focus, Panorama Mode, HDR, Face Detection and Auto Focus besides a 5-megapixel front camera for selfies.

One would not fall for the design of Intex Aqua Supreme Plus as it looks like an entry level Android smartphone. It is not only difficult to maintain it without any fingerprints but also bothersome to rub the body without any smudges. Though these details are good enough for you to guess that the smartphone comes with a plastic body, there aren’t any sharp edges or screeching parts. Despite being huge with a 5-inch display, Aqua Supreme Plus weighs very light with only a meager 133 grams.

It feels very good to hold the Aqua Supreme Plus, all thanks to the ergonomically located volume control buttons and the power button on the right side of the smartphone. The back side contains the rear camera with LED flash while the front side is housed with the selfie camera and sensors. Both the USB and headphone ports are placed at the top while the dual-SIM tray is on the left. A fingerprint sensor at this price is a thought beyond dreams, but if the company had integrated it in the Supreme Plus at the same price, the smartphone would have given some tough competition to other major players in the arena like Xiaomi and Samsung.

Intex Aqua Supreme Plus sports a 5-inch display with a resolution of 720 x 1280 pixels. In our tests, we felt the display performance very average. The color production is slightly red toned, and the touch performance is very disappointing. The display is bright in low light conditions, and it was hard to read the text under the direct sunlight. The navigation buttons are located below the display, but they are non-backlit, and it feels little hard to use the smartphone in dark light conditions unless you are habituated to using it. The viewing in different angles did not impress us and the HD resolution at this price is all the smartphone can boast about at the end of the day.

The screen is prone to scratches. But you will not have to worry about it as there is a screen-guard that comes within the box as a solution for screen-scratches.

Intex Aqua Supreme Plus is powered by the combination of 1.3 GHz Quad core Mediatek MT6737 processor and 2 GB RAM. In our tests, we felt that the overall experience also average as well. The pre-installed apps share not only a part of internal storage but also a fortune of the RAM as they keep always running in the background. Due to this, there is a lot of lagging during multi-tasking. It takes more time than usual to switch between the apps. However, it is not as pathetic as you would notice in the very low budget smartphones.

The heating issues are considerably low in the smartphone. Even after playing the graphical games like Subway Surfers for around 10 to 20 minutes, we didn’t feel much heating in Supreme Plus. The high-end games like Asphalt 8 can be played smoothly by dropping the quality settings to play without any hindrance in the framerates.

Though there is a USB port, there is no support for USB OTG. In our benchmark tests, Aqua Supreme Plus scored only 29,806 points in the AnTuTu benchmark and 10 Fps in GFXbench T-

Rex benchmark tests. These are very low scores. As mentioned earlier, integrating a fingerprint sensor at this price would have made a huge difference and given an edge over other competitors in the market.

Intex Aqua Supreme Plus has 13-megapixel primary camera and 5-megapixel front camera. In our tests, the quality of the photos taken in broad daylight conditions is good. The images captured in low-light conditions was blurry and had a lot of noise. The landscape shots can be captured well using the primary camera, and when we viewed them in the desktop, we were satisfied with the details of the image. The camera app has shortcuts to Fashin and Vistoso apps using which you can take the pictures of products and find the similar ones on e-commerce platforms. Trust us; it was cool to use this feature.

The videos can be recorded at 720p HD resolution and strictly speaking, and its quality justifies the price. The selfie camera gives only low-quality images irrespective of the light conditions.

Battery:
Intex Aqua Supreme Plus packs a 3000 mAh battery, and it looks pretty large. But, the smartphone lasted only for 8 hours and a half in our HD video test. Even for normal usage, Supreme Plus did not last more than one day on a single charge. Therefore, for those of you who use the smartphones for a lot of purposes, Intex Aqua Supreme Plus is not the right option for you. You will probably have to carry the travel adapter wherever you go.
Audio & Video:

Everything surrounding the Intex Aqua Supreme Plus is average, because, the earphones that come with the box are also average as well. If you are a high-bass lover, you will hate the accessory to the core. Therefore, you will have to rely on third-party earphones for enhanced hearing experience. The audio output in a loudspeaker is good for the ringtones, but not for the media files. The songs without any instruments sounded well while the other ones were not clear.

You know what I am going to say now. Yes, the video quality is also average. You will enjoy the video if the smartphone is not tilted in any direction as the viewing in different angles as mentioned earlier is not good.

Aqua Supreme Plus runs on Indus OS 2.0 which is based on Android 6.0 Marshmallow. One cannot separate the former and the latter because except the icons and a few designs, everything else is taken from stock Android. Instead of the normal SMS app, you would find the Indus Messaging app which has joined hands with the FreeCharge lately. Therefore, you will not have to bother about recharging your number as long as you are using a prepaid number. The settings will also allow you to switch the language to any native language and change the complete User Interface. There is also a Turbo download feature which will use both Wi-Fi and mobile data simultaneously. This feature comes with certain conditions though. The Wi-Fi connection has to be very fast, and the size of the file should be greater than 20 MB.

Like most of the other smartphones, Intex Aqua Supreme Plus also comes with a set of pre-installed apps. You can still uninstall most of them. A few apps cannot be uninstalled though, and it will be annoying if you cannot use them.

One of the best features in Aqua Supreme Plus is its transliteration feature which can be used even in popular messaging platforms like WhatsApp. Using it, you can transliterate English to your desired native language from the list.