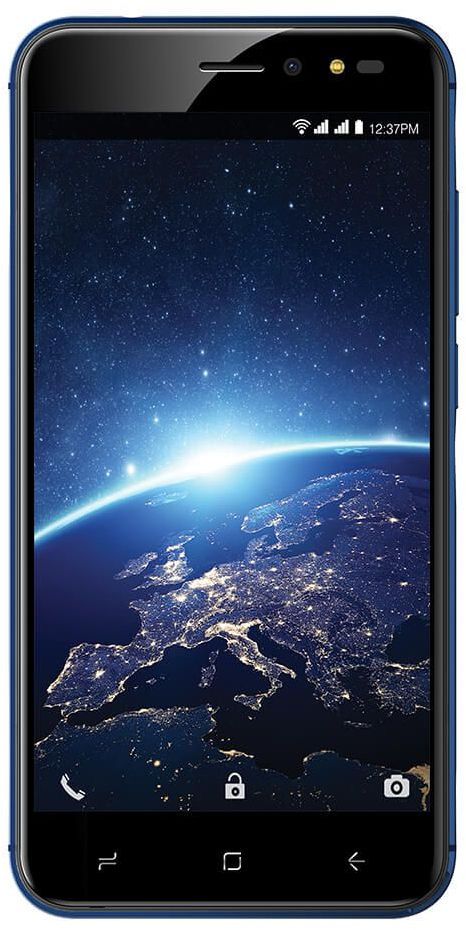 With Xiaomi 5A competing at the same price point, it often becomes a tough call for anyone to suggest the best out of the two, as both the model pack a fair deal of flaws. As for the Staari 10, the build quality is decent, performance is acceptable, and the software is kept clean. On the other hand, the battery life isn’t the best we have seen in this price segment, and the camera quality is also very average. So, if you are in the market looking for a phone, we suggest you get the Redmi 5A over the Staari 10 as it offers superior camera output, and performance when compared.

Intex as a smartphone brand has come a long way despite sticking to the sub Rs.10,000 price segment at best. Though companies like Xiaomi, Motorola, Nokia are surging in on the same price segment, Intex continued its journey without backing out from the race. It’s not an easy task for any company to rule the segment when the competition is so fierce, but Intex is an exception, and we appreciate it. The company recently launched the Staari 10, and despite the lower price tag, the phone comes with features like a fingerprint sensor and 13MP rear camera. But since number mean nothing for real-life usage, we review the Intel Staari 10, let’s get started.

The Intex Staari 10 packs a polycarbonate build and considering the price range, this is what we expect. At 5.2-inches size, the Staari 10 is comfortable to hold in hands, and it doesn’t hurt your hands despite how long you use the phone. The edges are rounded and are smoothly curved, so it fits in your palms quite perfectly. The antenna bands are present on the frame on top, so you don’t have to deal with the annoying design above the rear camera module. However, the design of the Staari 10 was quite identical to most phones in the segment and has nothing very exceptional to offer. Another aspect that needs to worth noting is that it packs a 16:9 aspect ratio, so you will have to deal with very thick bezels on all corners of the phone. Since it packs a plastic build, the phone feels quite ordinary.

Moving to placements, above the display, you have the main earpiece, a 5-megapixel front camera, the usual set of sensors. Down below the display are the three capacitive buttons which aren’t backlit. Thus it is hard to access them in the dark. On the right side, you find the volume rockers and power button. To the left, there is nothing. Flipping the device to the rear, you have the 13MP rear camera, LED flash, Intex branding, and speaker grills. Up top, we have the 3.5mm audio jack, while the microUSB port and the primary microphone are present on the bottom. Strip opening the back panel gives you access to SIM and microSD card slots and removable battery. Overall, the build quality and design are decent.

The Intex Staari 10 sports a 5.2-inches HD (1280 X 720) display with Shatterproof glass for protection. Talking about the display quality, the colors are a little overexposed which makes the visuals look a little artificial. We didn’t notice any color shift or discoloration even when viewing the phone from extreme angles. The brightness levels are acceptable, we were to access the content outdoors, but the text and images look a tad bit dull under direct sunlight. The touch response is smooth, and we never faced any issues while scrolling. As the display is just an HD panel, the images and content are not always sharp, meaning that we did notice pixilation when zooming in pictures and web pages. Though the brightness levels are fine, we did face issues as the panel is quite reflective.

Overall, the display of the Intex Staari 10 is quite decent.

In 2018, one shouldn’t expect wonders out of the combination of Android 7.0 (Nougat) and Quad-core MediaTek MT6737 64-bit Processor. But considering the price of the device, the Intex Staari 10 does justice to its users. All thanks to the presence of 3 GB RAM for that. The processor makes it easier for the users to handle the basic multitasking without any issues. Still, there could be situations where you would find the phone getting hanged more than usual if several apps are opened at the same time. The same is observed while switching between many tabs in the same browser. For average users whose usage on the smartphone is all about spending time around apps such as WhatsApp and Instagram, there is not going to be an issue for them.

But the gamers will find it hard to get adjusted with the Staari 10 device despite the presence of 650MHz Mali-T720 MP2 GPU. However, the mobile somehow manages to run basic games to offer a decent gaming experience at the end of the day. We tried to run games like Asphalt 8 Nitro, Temple Run 2, Subway Surfers. The fingerprint sensor is not the best in the market, but it does a good job of adding an additional layer of security in the Staari 10 smartphone with a single touch. Overall, the performance considering the price range is acceptable and does the job.

The Intex Staari 10 comes with a 13 MP primary camera on the back side which is situated at the top right corner with an LED flash in addition to a 5 MP Selfie camera which is also equipped with an LED flash on the front side. It is a known fact that a camera’s quality doesn’t depend upon the number of megapixels and the Staari 10 by Intex is a perfect example for the same. There isn’t much detail in the captured images, and therefore you wouldn’t be able to capture stellar photos either. However, the mobile allows you to click pictures with a little bokeh effect in Macro shots of the objects if they are taken at least at a distance of 1 meter in our tests.

The camera in Staari 10 does a good job in capturing landscape photos with more detail under broad daylight. On the other hand, the mobile struggles to click pictures without any blur or noise in low light conditions. Though one can take selfies even in dark light with the help of the flash, the texture of the subject is often missed in those shots. As mentioned above in the performance section of this post, as far as the price of the device is concerned, we think that the Intex did a decent job in the camera department of the Staari 10 smartphone as well. The rear camera can record 1080p videos, but the quality sure doesn’t seem like one.

The Intex Staari 10 packs a 2800mAh battery with no support for fast charge. Considering the price, the battery capacity is very generous, and it would have been good had Intex bundled a large capacity battery which would have given the phone an edge over the competition. Moving along, with our kind of usage that includes calls, texts, GPS navigation, media consumption, browsing and more, the battery could only last until the afternoon with a maximum screen-on-time of around 2 hours 50 minutes. The phone seems to be dropping the battery drastically even when it is left ideally.

On the other hand, with heavy to continuous usage, the battery life gets even worse leaving you wanting more. It does have a battery saver option which will come in handy during an emergency. Since there is no fast charge support, the phone took close to 2 hours 40 minutes to charge from 1-100%. Overall, the battery of the Intex Staari 10 is quite ordinary.

The Intex Staari 10 comes with a loudspeaker on its back at the bottom. When the volume is high, the vocal sound isn’t clear on speaker. The instrumental tracks with sounds of the string can be heard clearly in the speaker. Apart from this, everything else including the voice and bass fails to impress the users. The company bundled in-ear style earphones within the box and the sound quality is perfectly fine. We heard no distortion in sound even when the volume levels are at maximum. The Staari 10 comes with a 5.2-inch HD display, and the videos can be played in the device very smoothly. We had no issues playing HD videos, even with 4G turned on. Finally, the Intex Staari 10 provides a good user experience in terms of entertainment.

The Intex Staari 10 runs on Android 7.0 Nougat out of the box with an interface that is close to stock. Since there is an app drawer, all your downloaded and preloaded apps reside within it. Stock interface is a silver lining feature, but it comes at a cost; there are not many customization options available. The notification area is also very much like stock, so is the icon pack. Apart from Google suite of apps, there are a bunch of pre-loaded applications like Amazon, Daily Hunt, Xender, Gaana and there is no way you can uninstall them unless you are rooted. In case, the stock interface becomes boring; you can rely on third-party launchers for any customizations.

There is 3GB of RAM out of which around 1.8GB is free when just the default apps and services are running in the background. Since the interface is stock, it doesn’t consume too much RAM leaving you enough to run other apps. We didn’t notice any frame drops while switching between apps or navigating through the interface as well. We were able to run Chrome with multiple tabs open. The RAM management is fine; we didn’t notice any apps running out of memory either. Lastly, the U.I animations and transitions were smooth. Multitasking was also fluid; the device was able to handle 4-5 apps at a time without any lag. Overall, the software experience of the Intex Staari 10 is decent.