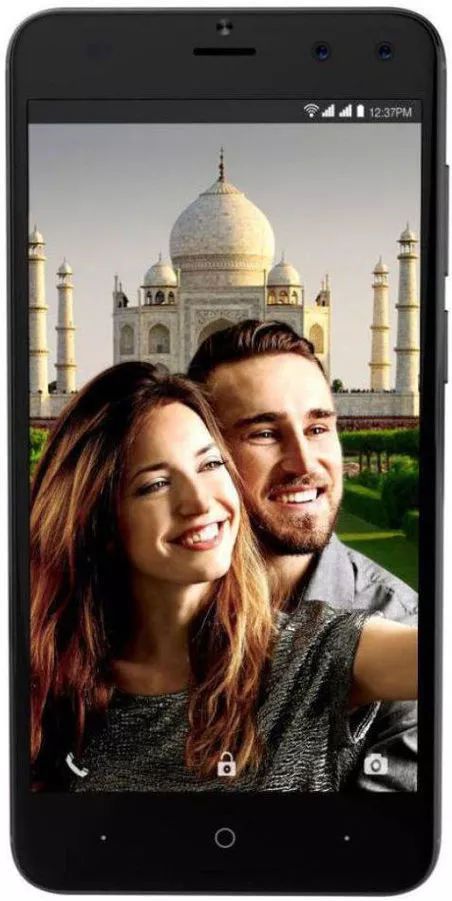 The Intex STAARi 11 competing with Redmi 6, Asus Zenfone Lite L1 failed to withhold the competition. The build quality and design are quite ordinary and the 16:9 aspect ratio with thick bezels are a let-down. The battery backup could have been better as it couldn’t last an entire day. Even the performance and cameras are not on par to our expectations. All-in-all, the Intex STAARi 11 is a huge let-down, and you are better off spending Rs. 1000 more and buy either the Redmi 6, Asus Zenfone Lite L1.

Thanks to Xiaomi, Asus, and other Chinese brands, the bar is set quite high even in the budget segment. This is making things tougher for Indian brands to keep up. Intex’s market share especially took a toll in the recent time. The company has not seen a roaring hit and is in desperate need to make a comeback. Trying its luck, the company recently launched the STAARi 11 in India at a price tag of Rs. 4,499. Before you jump in and buy the device, read along our review to find out if its worth the money you are spending. Let’s get started.

In terms of camera, there is an 8MP rear camera with LED Flash and an 8+2MP front camera with LED flash. There is a fingerprint sensor. Connectivity features include 4G VoLTE, WiFi 802.11 b/g/n, Bluetooth 4.0, GPS. A 2400mAh battery is on board.

For starters, we are talking about a phone that is priced at Rs 4,499, so you should set your expectations on point. The Intex Staari 11 packs a plastic build that fits perfectly in hands thanks to the compact 5-inch size. There is also another advantage as it doesn’t hurt your hands despite how long you use the phone. The plastic frame’s edges are rounded, and the finishing is smooth, so it fits perfectly well in your palms. The only aspect of the design that is modern is the antenna bands that are present right within the frame. Moving past that, the design of the Staari 11 is quite identical to most phones in the segment and has nothing very exceptional to offer.

Another aspect that needs to worth noting is that it packs a 16:9 aspect ratio, so you will have to deal with very thick bezels on all corners of the phone. We would have liked had Intex included an 18:9 panel in-line with most phones these days.

Moving to placements, above the display, you have the main earpiece, 8+2MP front cameras, the usual set of sensors. Down below the screen is the three capacitive buttons which aren’t backlit making it hard to access them in the dark. On the right side, you find the volume rockers and power button. To the left, there is nothing. Flipping the device to the rear, you have the 8MP rear camera, LED flash, Intex branding, and speaker grills. Up top, we have nothing, while at the bottom, we have the 3.5mm audio jack, microUSB port, and the primary microphone. Strip opening the back panel gives you access to SIM and microSD card slots and removable battery. Overall, the build quality and design of the Intex Staari 11 is decent.

The Intex Staari 11 sports a 5-inches HD (1280 X 720) display with no word on any sort of protection. Moving along, the display quality is fine, though it is not accurate in any way. The colors are a little overexposed which makes the visuals during gaming and media consumption look a little artificial. The viewing angles are fine; we didn’t notice any color shift or discoloration even when viewing the phone from extreme angles.

The brightness levels are acceptable, we were to access the content outdoors, but thanks to its reflective nature, we had issues using the phone under full sunlight. While it is not a 1080p panel, the text and images look a tad bit dull while browsing or viewing images from the gallery. The touch response is smooth, and we never faced any issues while scrolling. As mentioned above, text and images aren’t the sharpest we have seen, but for the price, this is bound to happen. There is an auto-brightness sensor which when enabled adjusts the brightness depending on the ambient light. Overall, the display of the Intex Staari 11 is quite decent for the price.

The Intex STAARi is powered by the Spreadtrum SC9850 SoC clocked at 1.3GHz Quad-core Processor with 650MHz Mali-T720 MP2 GPU and 2GB RAM. While the combination of chipset and RAM is not very ideal for today’s requirements, this is what Intel is offering for the pricing. Thanks to the 2GB RAM, the device was able to handle multitasking at some levels. We didn’t notice much frame drops when we have not more than 2-3 apps running in the background. However, there are situations where you would find the phone getting hanged more than usual if several apps are opened at the same time as with the case with most affordable phones from Intex.

In fact, if you have too many apps running in the background, we did notice lag while switching between them. This doesn’t mean the phone’s performance is terrible; it was able to handle tasks like texting, calls, social media quite well. The software is an added bonus as the Stock U.I keeps things clean and neat. Moving to gaming, we did play games like Asphalt Nitro, Temple Run 2, Subway Surfers and more. Since these are just casual games, the device was able to run them without issues. Though we did notice occasional frame drops, it is still acceptable. It doesn’t come with any fingerprint sensor or face unlock, so you will have to rely on the default security system. Overall, the performance of the Intex STAARi 11 is mediocre at best.

The Intex Staari 11 features an 8MP rear camera with LED Flash and an 8+2MP dual-front cameras with LED flash. The camera’s U.I is clean and simple. It has toggles for front-camera, flash, video and more right on the main home screen. Moving along, the camera performance is pretty average. There isn’t much detail in the captured images. Therefore the resulting photos looked dull and washed out. The macro shots have a decent bokeh effect, and it is a good thing. Even in the daylight and outdoor conditions, the colors in the photos are nowhere near natural making them totally unusable.

On the other hand, the mobile struggled to click decent pictures without much noise and washed out colors in low-light conditions. The flash comes in handy, but it isn’t overpowering making the entire thing pointless. It can record 720p videos, but the footage is pretty average.

On the front, it has an 8+2MP cameras which do a good job in clicking selfies outdoors and decent lighting conditions. The front cameras are better than the rear-camera in terms of picture quality. Overall, the cameras of the Intex STAARi 11 is pretty average, and for the price, this is expected.

The Intex Staari 10 packs a 2400mAh battery with no support for fast charge. With Xiaomi Redmi 6, Zenfone Lite L1 with much bigger battery capacities, what Intex is offering is quite generous but not exceptional. It would have been good had Intex bundled a large capacity battery. Anyway, our usage considering the hardware includes calls, texts, GPS navigation, media consumption, browsing, and social media; the battery was able to last until the evening with a maximum screen-on-time of around 3 hours. This again is during continuous usage.

We also noticed the battery dropping quite drastically during continuous use or when it is left ideal. On the other hand, with heavy to continuous usage, the battery life felt even worse as it was only lasting until the afternoon making you charge once or twice before you end the day. Considering the phone doesn’t have any fast charging support, it is a pain to charge in regular intervals. There is a battery saver option which when enabled save some juice during emergencies. The phone with the bundled adaptor took close to 2 hours 40 minutes to charge from 1-100%. Overall, the battery of the Intex Staari 11 is quite ordinary, but for the price, we can’t complain much.

The Intex Staari 11 doesn’t come with headphones within the box, so you will have to spend some more cash on a good set of earphones. The loudspeaker is present at the rear, so the sound gets muffled when you place it on a flat surface. The loudspeaker, when the volume is high, the vocal music isn’t clear on speaker as there is slight distortion in the output. It was able to handle most audio formats, and the playback is smooth too.

The Intex Staari 11 came with a 5-inch HD display and was able to play 720p videos. When streaming with 4G or through WiFI, we didn’t notice heating or freezing issues. As mentioned above, spend some more bucks on earphones for better audio/video experience. Overall, the Intex Staari 11 provides a good user experience in terms of entertainment.

The Intex Staari 11 runs on Android 7.0 Nougat out of the box with an interface that is close to stock. It’s surprising to see a brand like Intex launching a phone in 2018 with Nougat where Android 9.0 is rolling out. This is a complete taken-for-granted attitude that brands need to stop with the budget and affordable segment. Moving along, there is an app drawer, where all your installed and downloaded apps reside. Having a stock interface on the affordable segment smartphone is an advantage considering it gives first-timers a chance to get acquitted with the Android U.I.

However, there aren’t any customization options available by default, but you can rely on PlayStore to customize the look the way you want. Right from the icon pack to the notification shade, everything is vanilla Android. Apart from Google suite of apps, there are a bunch of pre-loaded applications like Amazon, Daily Hunt, Xender, Gaana, Cam Scanner and more. The phone doesn’t let you uninstall these apps unless you are rooted.

The phone comes with 2GB of RAM out of which around 900MB is free when just the default apps and services are running in the background. Thanks to the stock like interface, the OS doesn’t consume much RAM so that you can run other applications and tasks smoothly. The U.I animations and transitions were smooth, but we did notice jitters here and there now and then. We were able to run Chrome with multiple tabs open. The RAM management is fine; we didn’t notice any apps running out of memory either. Multitasking was also fluid; the device was able to handle 4-5 apps at a time without any lag. Overall, the software experience of the Intex Staari 11 is decent, but we wish the company rolls out Oreo update one day.