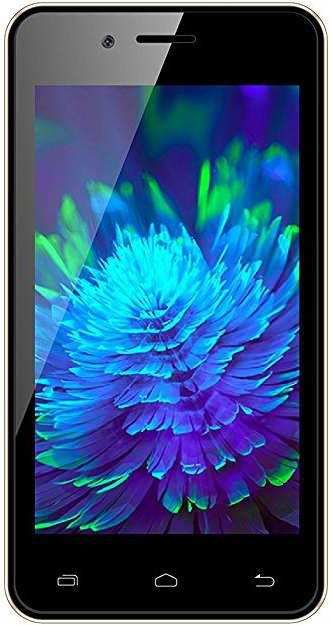 The Karbonn A40 is a phone that is meant for basic functions like calls, WhatsApp, browsing, but anything beyond that is not a smooth experience. Taking advantage of the Airtel’s effective pricing offers increases the value for money of the A40 Indian, but you will have to stick to Airtel for a period of time and it totally depends on your personal choice. As a phone we didn’t really have a good time with the A40 India, though the hardware seems good on paper. The A40 Indian has an advantage over the JioPhone as it can run Android apps as well.

So, the A40 Indian is a good buy for the effective price of Rs. 1,399, but if you are planning on expanding the budget there are much better phones like the Intex Aqua Lions 4G, LYF C49 that perform way better.

Airtel and Karbonn recently have partnered to launch budget smartphones with 4G VoLTE support in a move to counter JioPhone. Unlike Jio’s phone, Airtel launched Android powered phone and is touchscreen as well. The Karbonn A40 Indian is the first phone to launch under the partnership and at an effective price of Rs. 1,399*, but the catch here is that you need to stick to Airtel if at all you want to opt in for the cheaper price tag and recharge the number with a plan that Airtel exclusively launched for the phone. Keeping aside the telecom side of the phone, in our today’s review, let’s check how well can the karbonn A40 Indian fare and if it is a worthy option to consider.

The Karbonn A40 Indian sports a 4-inches (800 × 480 pixels) WVGA touchscreen display and is powered by the Spreadtrum SC9832A SoC clocked at 1.3 GHz quad-core processor. There is 1GB RAM and 8GB internal memory, that is further expandable up to 32GB via microSD card slot. It runs on Android 7.0 Nougat out of the box. There is a 2-megapixel rear camera with LED flash and a 0.3-megapixel front camera. Connectivity features include 4G VoLTE, Wi-Fi 802.11 b/g/n, Bluetooth and GPS. A 1400mAh battery is on board for all the battery needs.

The Karbonn A40 is a phone that is exclusively aimed at first time smartphone users and keeping that in mind, the design is kept very basic. It is a regular candy bar design with plastic build which feels sturdy and the back panel doesn’t attract fingerprints easily. It is little chunky at 10.5mm in thickness and thanks to its compact 4-inches size, it doesn’t affect much. For easy and good grip, the company has designed the device with rounded edges and sides. The back panel covers the side frame as well, so it is all one piece. Considering the price to value for money ratio, the A40 Indian is a well designed phone.

Moving to the placements, up front is the 0.3-megapixel selfie shooter, proximity sensor, main earpiece, and down below the screen, there are three touch type capacitive buttons that aren’t backlit. The power and the volume rockers are present on the right, while there is nothing on the left. The 3.5mm audio jack and the microUSB port are present on the top, while the bottom houses the primary microphone. Flipping the device to the rear is where you find the 2MP rear camera, Karbonn logo, LED flash and the speaker grills are placed on the bottom. The back panel is removable, so is the 1400mAh battery and has slots for the microSD slot and SIM card slots. Overall, great build and design and nothing much to complain.

The Karbonn A40 Indian sports a 4-inches (800 × 480 pixels) WVGA touchscreen display. The screen quality is decent, but the panel isn't laminated to the glass, hence it feels a bit disconnected when you’re interacting with the screen. Colour reproduction is decent, but the viewing angles are very poor. Tilting the phone slightly results in invert colours and in some angles, the colours are badly washed out. Viewing the phone from straight angle is decent, but it becomes a problem if you are gaming or watching videos. At 233 PPI, the texts and images aren’t the sharpest either. It doesn’t come with an auto brightness sensor and an LED notification, so you will have to manually adjust the brightness all the time. The brightness levels are good, but the outdoor visibility is very poor you will have to struggle to view the content under direct sunlight outdoors. Overall, the display section isn’t a pleasant experience.

The Karbonn A40 is powered by the Spreadtrum SC9832A SoC clocked at 1.3 GHz quad-core processor with 1GB RAM. The performance is very average at best. The chipset can’t handle anything heavy, and it even takes good two to three seconds time to load any app, be it dialler app or message application. Loading times of apps or even settings menu are longer than usual. General U.I animations and transitions are also unbearably slow in responding and almost nothing on the phone loads quickly. Web browsing is sluggish, though they load up fast, scrolling is again laggy. Even typing is painfully slow, key taps are slow in responding like other taps on the phone. Touch response is very poor, as we said in the display section the panel isn't laminated to the glass, hence the delay in responding.

Moving to gaming we did try very basic games like Dr. Driving, Subway Surfers, Temple Run 2, it was able to handle pretty fine, but the lack of instant responsiveness affects the gameplay very badly. Overall, the performance is very bad, but for the price, we can’t expect much.

The 2-megapixel rear camera and the 0.3-megapixel front camera are a placeholder features which are included for the sake of it. The performance is very poor and the output is constantly unstable and are in no way social media usable. There is no autofocus support, but it does have an Auto mode. The colours look so dull even when clicked on bright outdoors. The viewfinder is laggy preview quality is sub-par, there is no autofocus, hence the macro shots more often than not are blurry and noisy.

However, the camera app is feature rich with options like Burst, Manual, Panorama, GIF, Frame and Qr Code. But the results achieved with these modes is very poor which totally negates the point of having these features.

The daylight shots lack details and are very noisy at the same time and the Low-light shots are often unusable. The front 0.3-megapixel is very poor and can’t click usable pictures in well-lit conditions also. The rear camera can record 720p videos and quality as we expected is very poor. Overall, the camera performance isn’t something that you should be looking forward in case you purchase the device.

The 1400mAh battery with no fast charge support. The battery performance is very poor, with casual to moderate usage, the battery couldn’t last till evening also. We had to charge the device twice in a day to pull through an entire day and even more if you played games or streamed videos. Even with very light usage, it couldn’t last till the evening at least, and for heavy usage it was giving us a screen on time of just 2 hours at most. The charging speeds are also terribly slow. It took close to 2 hours 30 minutes of time to charge the battery fully.

Overall, the battery department too isn’t that great and it simply fails to offer the smartphone experience with constant need to charge it.

The company has bundled a pair of basic earphones within the box and it is really surprising for a phone at this price bundling it. The audio quality is decent via the earphones, there is no distortion heard with maximum volume as well. The loudspeaker is placed on the rear side, the output is loud and it easily covers an entire room given that it isn’t loud sounds playing. The default audio player was able to handle most audio formats.

Moving to the video department, surprisingly the device could handle 1080p video playback and there is very minute lag that is clearly noticeable. It can smoothly handle 720p videos even via the default video player, But the only issue is the poor viewing angles. The colour shift becomes quite annoying at certain point. Overall, the audio and the video department does a better job when compared.

The good thing about the A40 Indian is that it runs on the latest Android 7.0 Nougat right out of the box. The interface is very close to stock and since it is launched in association with Airtel, the device has pre-loaded Airtel apps like TV, Wynk Music and the My Airtel app and game shortcuts like Bubble Bash 3 and Motocross: Trial Extreme, Xender, Saavn, Game Zone, Flipkart, and Daily Hunt are also loaded along with Google apps. There is no way you a can uninstall them. There is nothing much to talk about software as it is very much the stock like interface and nothing much to offer in terms of features, just the basic smartphone experience.

Out of the 1GB RAM, there is around 500MB free RAM when just default apps are running in the background. Multitasking is terribly slow, apps take time to respond as well and they are slow to respond to taps while switching as well. With just 1-2 apps, you can have a smooth experience, but beyond that the device will lag and you need to keep that in mind. Overall, the software experience is decent with few pre-loaded apps being useful, but the slow and laggy interface and multitasking is something that bothers us.