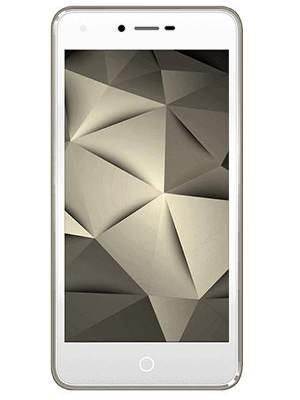 Conclusion:
The Karbonn Aura Sleek 4G is a decent offering at a current price of Rs. 4,999. The build quality is good; we get clean software that is easy to use and a decent battery life. But the performance of the device and cameras are not excellent. The camera suffers a lot especially in the low-light and the performance with just slightly heavy usage results in lag and freezing. Though at this price, this is the case with most phones, we suggest you pick the Intex Aqua S1 or the Xiaomi Redmi 4A which also fall in the same segment but offer better value for money as a whole package.
Introduction:
Karbonn is an Indian brand that launched most of its products in the sub 10,000 price range in India. The company is known for offering good value for money products at a budget pricing, and that scenario has somewhat changed due to the sudden change in the Indian market. Thankfully though, the company still has a fair share of presence, and its primary focus is the offline market. Karbonn phones mostly are meant for first-timers who are just getting started with the smartphones. Today we are taking a closer look at yet another entry-level phone; the Karbonn Aura Sleek 4G. By the looks of it, the handset has every possibility of becoming a decent offering, but it's just too soon to come to conclusions. So, let's get started with the review to find out more about the device and how well can it fare.

The Karbonn Aura Sleek 4G sports a 5-inches FWVGA (854 X 480) display and is powered by a 1.25GHz Quad-Core processor with 1GB RAM. There is 8GB internal storage that is further expandable. It runs on Android 6.0 Marshmallow out of the box. In the camera department, there is a 5MP rear camera with LED flash and a 2MP front camera for selfies and video chats. Connectivity features include 4G LTE, WiFi, Bluetooth, Dual SIM, micro USB port. A 2000mAh battery is on board for all the battery needs.

In all fairness, it is a plastic body, and the build quality is top notch. The design especially has so many things that make it a stand out. The rear panel is a smooth matte finish that feels good against your hands while using; it is slippery though. The black colour model especially looks excellent with glowing capacitive buttons on the front that look great in the dark. The edges are rounded for perfect in a hard grip, but the front portion sits flat as the display isn’t a 2.5D glass. The camera module placement and the LED flash design looks entirely different from what you see; it gives the device a premium and a refreshing new look. That said, being a matte finish, the rear panels attract fingerprints quite a lot.

Up front, there is a 2MP selfie camera, main earpiece, the usual set of sensors and down below the screen, the capacitive buttons are present, and these icons are also backlit. The volume rockers and the power button are present on the right, while the left is idle. The top houses the 3.5mm audio jack and the microUSB port is situated on the bottom along with the primary microphone. On the rear, you find the 5MP camera, LED flash, Karbonn branding, and speaker grill. The back panel can be removed giving you access to dual SIM card slots and a microSD card slot and removable battery. Overall, the phone is very well built, and the design is a major plus point for the device.

The device sports a 5-inches FWVGA (854 X 480) display with no protected glass on top as expected. The colour reproduction and the viewing angles are good. The IPS panel produces decent colours, and the viewing angles are on point. We never noticed any colour shift on slightly tilting or while holding the phone at extreme angles. The touch response is smooth and is also instantly responsive to taps. There is an auto brightness sensor, so you don’t have to adjust the brightness all the time.

Though it lacks sharpness while viewing the photos, or browsing because of the low-resolution screen, it is still decent, and the lack of sharpness isn’t that obvious unless you are well determined to find it. The brightness levels are good and are easily accessible even under broad daylight. Overall, quite a decent display with nothing much to complain. It gets the job done.

The device is powered by a 1.25GHz Quad-Core processor with 1GB of RAM. The performance, in general, is good for day-to-day casual functions. Tasks like taking calls, browsing, watching videos, listening to music, we rarely noticed issues like hanging or freezing. Once you push the device with extreme tasks like heavy chrome browsing, editing video clips, keeping too many unused apps in the memory, the device will start acting up severely. The device freezes often and we had to turn on and off the device to make it functional again. The interface to becomes unresponsive, not even the home screen icons respond to taps. More often than not we found the device to be performing poorly with very consistent frame drops and U.I stutters all thanks to the less RAM availability.

The chipset is failing to perform even under slight pressure and with just 3-4 apps running in the background. Though the device was able to handle apps like Facebook, Instagram, WhatsApp, and Chrome, it lags when all the mentioned apps are running together in the background as they consume more RAM.

Moving to the gaming department, we tried out some basic games like Leo’s fortune, Subway Surfers, Stick Cricket 2, Temple Run 2 and few other. The device was able to handle basic games with ease. As for moderate to medium games, there was an occasional lag in the gameplay. Clear the app memory in the background for smoother gameplay. Overall, the performance of the Karbonn Aura Sleek 4G is a decent performer for first-timers may be, but for the heavy to moderate users, the performance is laggy, thus making the user experience annoying.

The device packs a 5MP rear camera with LED flash and a 2MP rear camera. At this price, the cameras are pretty basic. In well-lit conditions or outdoors, the shots are good with acceptable colours and output. There are dull moments in the images which look noisy and lacks the sharpness even after focusing the objects. There is autofocus, but it takes forever to fix the focus on the target object and also quickly loses focus resulting in blurry moments. There is an LED flash to take care of things in low-light, to some extent, the low-light captures are good, there aren’t overexposed to flash, and the colours in low-light are in check for the price of the device we are talking.

There is nothing fancy about the camera app; it has a simple interface with toggles for video, flash, front present right on the main screen. The front 2MP is decent for selfies if you are desperate enough on using it. The selfies clicked in outdoors are fine, but for those captured in dark conditions are simply washed out with no details and colour accuracy. Overall, the camera is somewhat weak, focusing even in good lighting conditions is an issue and the output isn’t that great in the low-light. But for the price tag, it is what we will be getting.

The device packs a 2000mAh battery, and it is user removable. The battery life is good, and it can last up to one single day for casual users with moderate to mixed usage. Our kind of usage normally includes streaming music via 4G or WiFi, watching videos stored locally or videos from YouTube, a bunch of phone calls around 1 hour in a day, and checking social media updates with push notifications. With this kind of usage, the battery was able to last until evening at most.

As it is an entry-level smartphone, thanks to the limited applications running in the background, the battery drain was very minimal, and the overnight drain is also very limited as well. However, on heavy usage, the battery died even before the day ended and we had to charge it again to pull through until the end of the day. The maximum screen-on-time we got is little close to 3 hours, which isn’t much. The device took more than 2 hours 20 minutes of time to charge entirely, and we wouldn’t complain much about the charging speeds considering the price of it. Overall, the battery life is pretty decent as long as you keep the usage in check.

The company has bundled a pair of earphones within the box which is basic, not the in-ear style. The loudspeaker grills are present on the rear side, and the 3.5mm audio jack is present up top. The speaker performance is quite loud, but there is slight distortion that can be heard. Since the speaker grill is placed on the back side of the device, the audio gets muffled when placed on a flat surface or while holding it in landscape mode. There is no equalizer support but is capable of playing the wide range of audio formats via the default music player. The bundled earphones are decent, but because they are a basic one, on extended usage, there is a chance of hurting your ears as they don’t sit comfortably.

Moving to the video department, the device was able to play HD 720p videos without any issues, but it struggled a lot when we tried 1080p videos which were expected. With 720p and normal quality videos, there aren't any freezing or heating issues noticed. The default video player lacks features such as subtitles, scroll to forward, but you can install MX player. Overall the audio and video experience on the device is quite good.

The device runs on Android 6.0 Marshmallow with the interface that is close to stock. We always prefer having Stock interface over a themed skin mainly because of the clean and smooth interface which helps in smooth transitions and animations. Though there are no customization features like a theme store, icon pack, font changer, etc. it is completely acceptable, as the Stock Android keeps the interface smooth, lag free and responsive.

As with most Stock ROMs, the interface is smooth; animations render fast, we never noticed any sluggishness in the U.I. However, few pre-installed apps come apart from default Google suite and can’t be uninstalled without rooting.

It has 1GB of RAM out which close to 500MB is free when just the default apps are running in the background. With 3-5 apps running in the background, the multitasking was smooth, and the app switching is also quite fast without delay. We didn’t face much lag or stutters in the U.I, but if you put it to its extremes, the device will slow down. You need to use the 1GB RAM most efficiently to get a decent multitasking and smooth interface transitions. Overall, the software department is good, and it is even capable of multitasking to some extent.