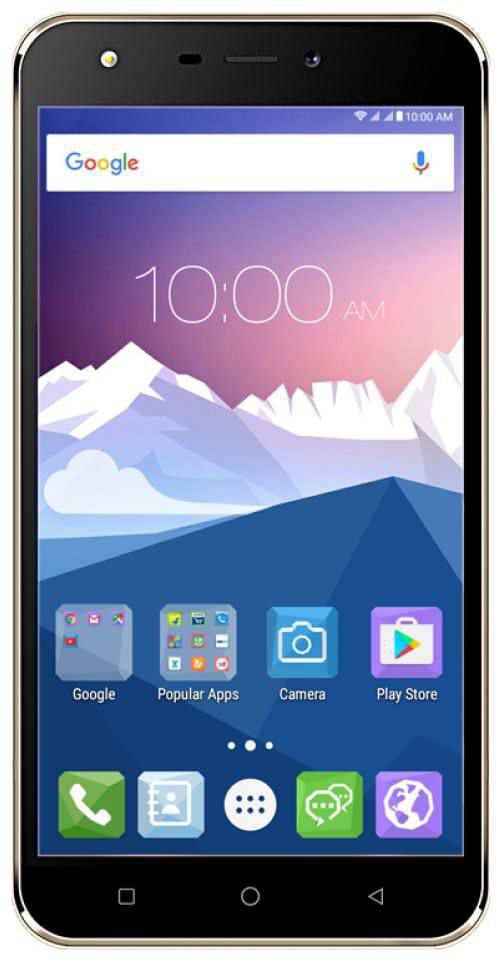 Conclusion:
The Karbonn K9 Viraat 4G is a great smartphone for entry-level users. We get a bright display, great cameras and good build quality. The overall performance is very good but the internal storage is on the lower side. There is Android 6.0 Marshmallow OS onboard but you will not receive any update in future. We would certainly suggest you to purchase this smartphone if you want a great low-end budget phone. However, if you want to check out the competition, then have a look at the Xolo Era 3, iVooMi Me5 and Sansui Horizon 2.
Introduction:

The Karbonn K9 Viraat 4G budget smartphone was launched in India back in December 2016. "It is targeted at entry-level users and has been especially developed to suit the varied digital and language proficiency of the country's diverse consumer spectrum," according to Karbonn Mobiles. At first look, the K9 Viraat looks great on paper that comes with a beautiful body and decent hardware. So let us find out in our Karbonn K9 Viraat 4G review if entry-level users should purchase this smartphone or not. However, take a glance at the specifications of the K9 Viraat before diving deep into the full review.

The Karbonn K9 Viraat 4G is powered by a MediaTek MT6737 quad-core processor, that runs on Android 6.0 Marshmallow OS. The mobile features 1GB RAM, 8GB internal memory (expandable up to 32GB) and rocks a 5.5-inch HD display. In the camera department, we get a 8 megapixel rear shooter along with a 5 megapixel selfie camera. The phone has Dual SIM connectivity along with 4G VoLTE, 3G HSPA+, WiFi 802.11 b/g/n, Bluetooth 4.0 and GPS. In the sensor section, we get an accelerometer, ambient light and proximity sensors. Under the hood, the K9 Viraat packs in a 2800mAh non-removable battery.

The Karbonn K9 Viraat 4G is a low-end budget smartphone and hence is made up of polycarbonate (plastic). The phone is not very compact as it comes with a 5.5-inch display but you can use it with one hand most of the times. It is a bit heavy but you will get used to the weight after sometime. The mobile looks premium due to the chrome band running around its body. The rounded corners give a firm grip and you can use the phone for a longer period without hurting your palms. The removable back cover has a metallic look with matte finish but is made up of plastic. The overall build quality is quite good.

Now looking at the front side of the Karbonn K9 Viraat, we find a 5.5-inch display panel along with the selfie camera, LED flash, couple of sensors and earpiece. Just below the display, there are three capacitive buttons for navigation. The power/lock and volume up/down buttons are located on the right side, while the left side remains clean. The microUSB port and the primary microphone is found at the bottom while the 3.5mm audio jack sits on the top. Heading towards the back, we get the primary camera with dual LED flash, followed by the Karbonn logo and loudspeaker. Upon opening the removable plastic back cover, we get a 2800mAh battery (non-removable) along with SIM card slots and a dedicated microSD card slot. Overall, the Karbonn K9 Viraat 4G has an ergonomic design with good hardware.

In the display section of the Karbonn K9 Viraat, there is a 5.5-inch IPS display with a resolution of 1280 x 720 (HD). It is a great display and we say this because this is the highest resolution and screen size you can get in this category. The screen feels lively with a lot of colors and they are neutral in nature. It is very bright and the viewing angles are good. The videos and images look very crisp and the display is certainly made for consuming high-definition content and playing games. We also get a 2.5D curved glass protection on top of the display that makes it look great besides providing protection from day-to-day wear and tear.

The Karbonn K9 Viraat is being powered by a MediaTek MT6737 quad-core processor clocked at 1.3GHz. It is a low-end chipset but it is very reliable in terms of performance and draws very low power for consumption. The smartphone is able to perform the day-to-day tasks quite easily and we did not have to face any lag or stuttering. There is 1GB of RAM onboard and thus the phone can handle all the basic tasks with ease, however when it comes to hardcore multitasking, the K9 Viraat struggles a bit. You cannot expect to game heavily on this phone but normal 3D games will run flawlessly without showing any lag. The K9 Viraat comes with 8GB of internal storage, out of which we got around 4GB of free space. The storage can be extended externally by up to 32GB if you need extra space and you'll most likely need it as 4GB storage is too less in this data hungry world.

When it comes to networking, we get 4G VoLTE along with Dual SIM connectivity. Here, both the SIM slots support 4G. There is a 2800mAh battery (non-removable) under the hood and it is quite big in comparison to its peers. Hence, you get a good battery life and the phone will give you up to one day of usage with moderate use. However, it does not support fast charging.

Overall, the Karbonn K9 Viraat 4G is a great performer but the internal storage is on the lower side.

In the Karbonn K9 Viraat 4G smartphone, there is a 8 megapixel primary camera at the back. After some testing, we found out that it is a basic camera but it is one of the best in its category. The detailing and color accuracy in this pictures under natural lighting were very good. However, in poor lighting, the images looked mediocre with lots of noise and grain. The focusing was a bit slow, expectedly, but once it got locked in, we did not face any trouble shooting objects. If you want your clicked images to look the best, switch on the HDR mode as it will make the photos look more lively and dynamic. Macro shots were good as they had some depth of field effect. The 5 megapixel selfie camera on the front can seriously take great selfies in outdoor natural lighting but was average indoors. You can make use of the beauty mode and live filters for enhancing your selfies.

The Karbonn K9 Viraat's camera app is very easy to use and even first time smartphone users won't be facing any issues while clicking pictures since we get a simple and clean UI. The native camera app offers various shooting modes but we would suggest you to use a good third-party app for clicking the best possible pictures. The primary camera is able to shoot 1080p (Full HD) videos but the quality was moderate. Overall, the Karbonn K9 Viraat 4G has a great set of cameras and they are surely one of the best in their price segment.

The speaker of the Karbonn K9 Viraat 4G smartphone is located at the bottom on the back side. The mono speaker strip sounds quite loud and the quality is good too. Music will not get distorted at the highest volume levels. However, the audio will get muffled when you put the phone on a flat surface since the speaker is located on the back. The default music app has a lot of features but you can download your favorite third-party app for playing local music or stream online music.

The Karbonn K9 Viraat can play both HD and Full HD videos without any issue but 4K video lag tremendously as it has a low-end chipset. Again, the default video player app is not the best and thus you need to download a third-party video player like MX Player for the best possible movie watching experience. Overall, the audio and video quality of the Karbonn K9 Viraat is quite good.

The Karbonn K9 Viraat runs on Android 6.0 Marshmallow OS out of the box and the handset has not received any update. Thus, you will have to be content with Marshmallow only. Karbonn Mobiles has not customized the OS much and thus we get near stock Android experience. The UI looks very clean and feels quite fluid. The day-to-day processes were lag free but we did face some lag while playing games and using heavy apps. You will get some pre-installed apps (bloatware) but these can be uninstalled easily in order to save up space. In case you do not like the skin, just install a third-party theme like Pixel Launcher to give it a modern and classy look.

Overall, the Karbonn K9 Viraat 4G comes with a fluid UI along with Marshmallow OS but you will not receive any update in future.