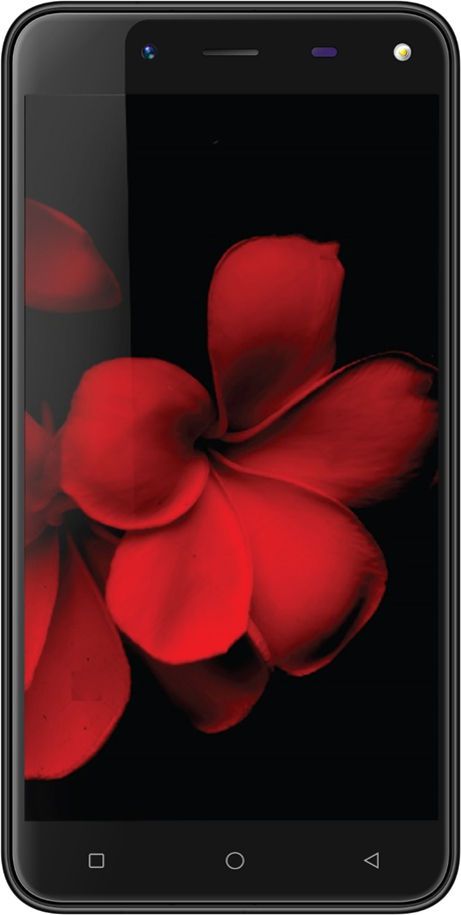 It goes without saying that there are certainly better phones available today than Karbonn Titanium Frames S7 with improved hardware specifications at Rs 6,999. So, should you buy S7? It is a personal choice and considering the price tag S7 has satisfactory configurations with average results. If not for the 13MP front camera, this smartphone gives few reasons to go for it.

Launched on January 15th of this year Karbonn Titanium Frames S7 is available only through Shopclues.com and is priced at Rs 6,999. It is available in three colors, red, champagne and black. Before S7, Karbonn launched several entry level smartphones last year under the ‘K9’ tag which was meant to target different audience, like K9 Music 4G and K9 Smart Selfie. The number of entry-level to mid-range smartphones in India is simply staggering, just like any other place. While some are bundling high-end hardware specification with enhanced skin on top many are rooting for snappy cameras. The S7 comes with 13-megapixel front and rear camera and is aimed at selfie admirers, certainly not the only phone to do so as there is a plethora of entry level phones who are packing dual front cameras at shockingly low price. But is it worth it?

The confusion that I stumbled upon is the processor make of this phone. Even Karbonn does not mentions it in its website, except that it has a ‘power packed’ 1.45GHz Quad-Core processor. After toiling a while over the internet, I get to know the biggest secret, that it is ‘possibly a Mediatek processor’. Why this secrecy? Whatever the case may be, it certainly is not prudent on Karbonn’s part to not mention the processor make. Especially in the face of such rivals like Honor, Redmi, Xiaomi and the list goes on. The only solace is that it has a 3GB RAM. It comes with an internal memory of 32GB which is expandable up to 128GB microSD card. The smartphone has OTG support which means you can plug in pen-drives to expand memory. It has a full metal body with 5.5-inch display. The strategic placement of camera and fingerprint sensor at the back reflects styles of Oppo Phones, even the silver bands on top and bottom. The back metal body has curved edges with volume rocker on the left and lock button on right. The 3.5mm headphone jack sits at the top and the charging port is at the bottom. The fingerprint sensor lets you unlock your phone, has app lock, notification scroll and clicks pictures. It is 4G/LTE compatible and has 4G VoLTE. It has WiFi 802.11 b/g/n and Bluetooth 4.0 support. The dual-SIM option works with any GSM provider. The package comes with a plastic back-guard, screen-guard, headphone and charging plug.

Overall S7 has a decent get-up and hardware functions at this price.

The 5.5-inch Full-HD IPS (2.5D Glass) has resolution of 1080 x 1920 pixels at 400 ppi. The appearance is crisp but unfortunately not bright enough to read in darkness. The TFT capacitive touchscreen has no lagging and you can navigate with a brisk. Video watching is average and for all the right reasons. This is not an OLED screen and lack the richness and clarity that you can experience with OLED. Some previous Karbonn phones had annoying applications that would pop up unnecessarily with ads but not with this. Smartphones at this price range almost has similar displays and Karbonn Titanium Frames S7 matches your expectation.

Karbonn Titanium Frames S7 is powered by 3,000mAh battery which is a tad below its contemporaries. When phones like Redmi and Xiaomi are providing 3,400mAh to 4,000mAh battery power, S7 is vying for a difficult position with its battery configuration. Karbonn promises that the phone will last all day with single charge. It has a talktime capacity of 20 hours, and standby time of 120 hours. From zero power it takes 2 hours and 30 minutes to charge up fully. Our verdict is also quite same but as users know with time the figures dwindle. As you use more entertainment and is attached to your phone during the weekends the performance starts to vary hugely. So, with instagramming, social media, and video streaming the battery starts exhausting pretty fast. I believe these days when people are so much into browsing and especially, taking note of apps like Facebook and Instagram whose features now include live recording and storytelling, which are video intensive, smartphone manufacturers have to take heed of how much battery configuration they put into the phones.

Coming back to S7’s performance, Karbonn as a brand has taken a down hit due to its poor performing phones, which are criticized to get hanged up after a while, poor audio quality and uninspiring user interface among many other disappointing experiences. The presence of Chinese manufacturers like Redmi, Xiaomi, Huawei and CoolPad makes it appear even more serious. Karbonn has to deliver some compelling show to regain its market value and credibility.

The 13-megapixel rear and front cameras come with LED flash to capture enough light for well exposed shots. Again, we have a new smartphone that is rooting for the selfie phenomena. But unfortunately, the selfie shots are not out of the world despite 13MP configuration. When you take shots at both well-lit and poor-lit conditions they are good enough but a 13MP is expected to do much more. But keeping in mind the price tag the camera does justice. There are several camera features that you can have fun with like, panorama shot, Geo tagging, continuous shot, pro mode, face detection, face beauty, night mode, image filters and picture size. The options are endless and that’s what smartphones are here for. At this price range, almost, all smartphone cameras deliver near performance, hence making it all the more difficult to make the choice.

S7 is loaded with Android 7.0 Nougat operating system and is high unlikely that it will ever receive an update to Android Oreo. Karbonn smartphones have been attacked in the past for failing to provide software updates which is a strict no-no for phones these days because smartphones thrive on them and such an experience is a big turn-off for potential buyers. The experience is almost made close to stock Android with the only noteworthy difference of Niki, Karbonn designed personal assistant. It can be customized to interact with your preferred language. It will be real interesting to see what Niki can do for users, though it will be prudent to not expect anything close to Siri. The trend for having a personal assistant app has somehow reached to the level of a ‘must-have’ feature in personal devices. But only a few can pull-off the show because it is not an easy feat. The hardware has the ability to ensure a seamless software performance with a dozen apps installed. You cannot get ambitious with gaming experience in this phone as it is not designed for one. You can get along with basic gaming apps though and the outcome is not disappointing. The phone comes with a couple of pre-installed apps but thankfully you can get rid of them and make room for your own favorite applications.