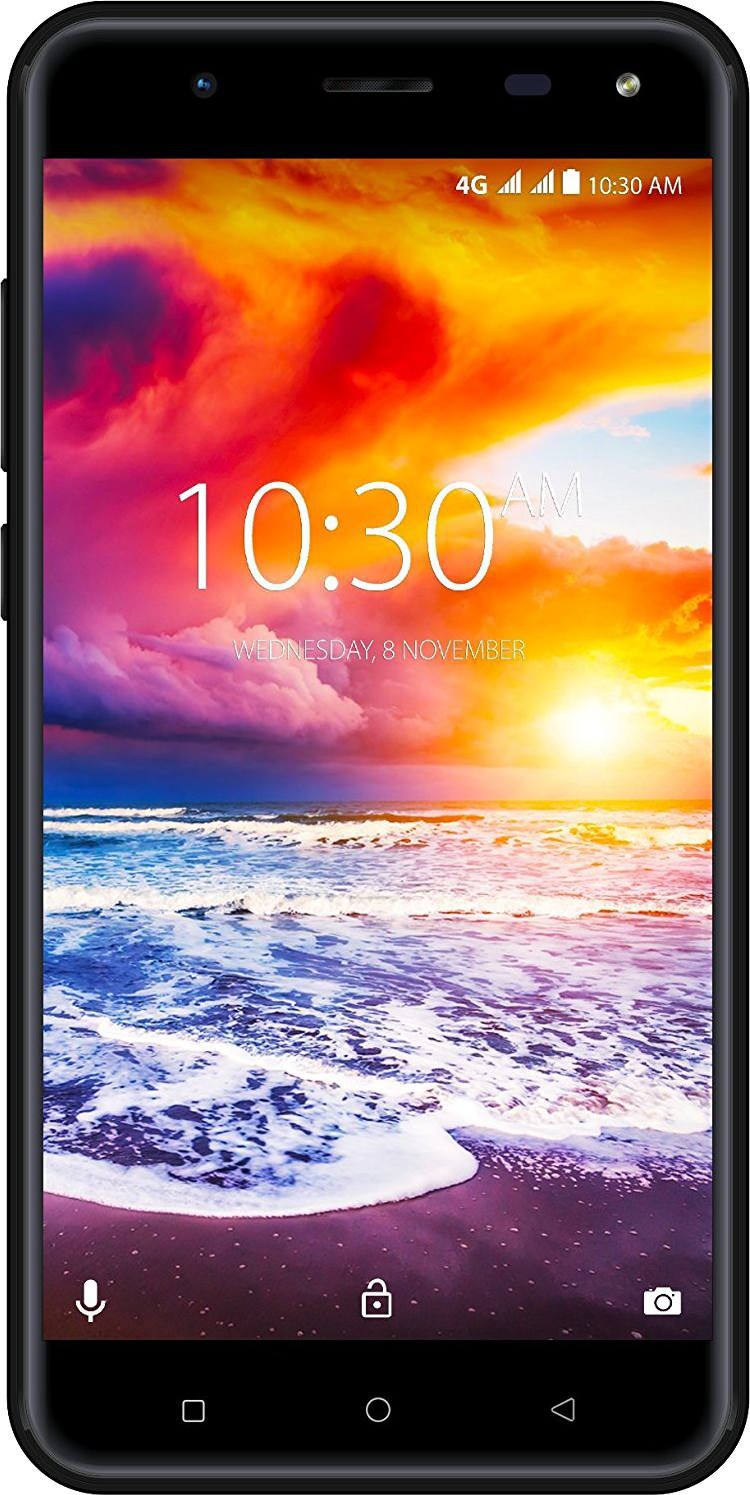 The Karbonn Titanium Jumbo 2 is a very good budget smartphone that scores near to full points in most of the segments. It has a solid metal build, ergonomic design, vivid HD display, great battery life, smooth Android Nougat OS, decent set of cameras and good overall performance. It is a good upgrade over the original Titanium Jumbo with the addition of a fingerprint sensor. However, we still do not get fast charging support and also do not expect future OS updates. The Karbonn Titanium Jumbo 2 is a great purchase for Airtel customers because of the Rs. 2000 cashback offer over a period of 36 months. Although, it is also a good buy without the Airtel cashback offer. In case you want to check out other options in this segment, do have a look at the iVooMi Me5 and Redmi 5A.

Karbonn Mobiles has launched the Titanium Jumbo 2, a successor of the Titanium Jumbo smartphone. The company has partnered with Airtel to launch the phone and hence Airtel users buying the Jumbo 2 will get cashback of Rs. 2000 over a period of 36 months. The main USP of the phone remains its 4000mAh battery, which would provide a battery life of about two days. If we compare it to its predecessor, the screen size has changed, we now get a fingerprint sensor along with a metal body. So let's have a look at the Karbonn Titanium Jumbo 2 review in order to find out if the smartphone is worth the money or not. Before reading the full review, do have a look at the specifications of the mobile.

The Karbonn Titanium Jumbo 2 is powered by a 1.3GHz quad-core processor, coupled with 2GB RAM and 16GB internal memory (expandable up to 64GB). The phone sports a 5.5-inch HD display and runs on Android 7.0 Nougat OS out of the box. In the camera department, we get a 13 megapixel primary rear camera along with a 8 megapixel selfie shooter. We get a fingerprint sensor at the back now. There is Dual SIM connectivity along with 4G VoLTE support. Others include 3G HSPA+, WiFi 802.11 b/g/n, Bluetooth 4.0 and GPS. Under the hood, there is a 4000mAh non-removable battery. In the sensor department, we get accelerometer, gyroscope, ambient light and proximity sensor.

While the Karbonn Titanium Jumbo was made up of polycarbonate but the Jumbo 2 is made up of metal and the build quality is superb. The phone looks very premium despite being a low-end budget smartphone. However, it has thick bezels on top and bottom of the display. The phone is quite compact but is on the heavier side (168 grams) because of the gigantic battery under its hood. You will get used to the weight over time and can easily use it with one hand for long duration without feeling any pain in your palms. The edges are slightly curved and hence we get a good grip. The back cover has a matte finish and does not feel slippery.

On the front, there is a 5.5-inch display along with the selfie camera, LED flash, couple of sensors and earpiece. We get three capacitive buttons below the display for navigation and they are backlit as well. The volume rocker and power/lock buttons are placed on the right side of the phone, while the left side has the tray for SIM and microSD cards. The microUSB port and the 3.5mm audio jack sits at the top and the bottom houses the primary microphone and loudspeaker. Turning towards the back side, we get the primary camera at the top followed by the dual-tone LED flash on its right in a circular enclosure. The fingerprint sensor along with the Karbonn branding is found below the camera setup in the middle. The metal back cover is non-removable but we get a 4000mAh battery (non-removable) underneath. Overall, the Karbonn Titanium Jumbo 2 has a great build, ergonomic design and capable hardware.

The Karbonn Titanium Jumbo 2 features a 5.5-inch IPS display, which comes with a resolution of 1280 x 720 pixels (HD). It is bigger in size when compared to the Titanium Jumbo's 5-inch display. It is generic in nature and it is the best you can get in this price segment. The color saturation is neutral, brightness and contrast levels are good. The viewing angles are quite good and sunlight legibility is also moderately decent as well. The texts, images and video look vivid and crisp. Since the phone comes with an ambient light sensor, the brightness automatically gets adjusted according to surroundings. We do not get any branded protection on top of the screen but there is a layer of 2.5D glass which protects the display from daily wear and tear. The size is perfect for watching movies and playing games.

The touch response of the Jumbo 2 is good because of the great quality display, smooth interface and 2.5D glass protection. Overall, the Karbonn Titanium Jumbo 2 has a perfect display that you can get in this price segment.

The Karbonn Titanium Jumbo 2 is powered by a quad-core processor clocked at 1.3GHz and 2GB RAM. Karbonn Mobiles have yet again not mentioned about the chipset manufacturer but it might be from the house of Spreadtrum just like the Titanium Jumbo. It can perform most of the general day-to-day tasks quite easily without showing any lag or frame drops. Although, there was a little bit of stuttering while running high-end apps and games. The 2GB RAM onboard provides a good multitasking experience and you can run more than five apps in the background simultaneously. The interface is mostly stable and does not show any performance issues. In terms of gaming, you can play most of the games but the high-end ones will not run in the highest graphics settings. The Karbonn Titanium Jumbo 2 comes with 16GB of internal storage, out of which you will get around 9GB of free space. However, you can increase it up to 64GB by adding a microSD card. There is a fingerprint sensor at the back of the Jumbo 2 and it is able to unlock the phone quickly and is accurate most of the times.

Talking about connectivity, we get 4G VoLTE support along with Dual SIM (micro) connectivity and both the slots support 4G but not simultaneously. The Titanium Jumbo 2 comes with a big 4000mAh battery under the hood but it is non-removable. You will get up to two days of battery life if you use it moderately just like the original Jumbo but there is no fast charging support. It gives around two weeks of standby time and up to 15 hours of talk time.

Overall, the Karbonn Titanium Jumbo 2 is quite a good performer and is certainly an all-rounder.

The Karbonn Titanium Jumbo 2 rocks a 13 megapixel primary rear camera. It is a good camera and shoots very decent images in natural outdoor bright conditions. The photos look vivid and crisp. We get a lot of details in these shots and the color saturation is also neutral. However, the low light images have some noise and grain and they lack details as well. So we would advice you to shoot in optimal light or use LED flash. The focusing mechanism is moderately fast but is not very accurate, specially for moving shots. Pictures shot with HDR mode gives a decent amount of dynamic range while macro shots look decent with slight depth of field effect. Talking about the front-facing camera, there is a 8 megapixel lens and it is able to click good selfies. You can also use the front LED flash for clicking good low-light selfies.

The camera app of the Titanium Jumbo 2 has a simple interface and thus it is very easy to use. There are a couple of shooting modes in the stock camera app but we would suggest you to stick with the Auto Mode if you're not a professional photographer. The primary shooter can only record Full HD videos and the quality is above average. Overall, the Karbonn Titanium Jumbo 2 comes with a good set of cameras but they are not the best in their segment.

The machine drilled speaker holes of the Karbonn Titanium Jumbo 2 are located on the right side at the bottom of the device. There are identical holes on both sides but the ones on the left are for the primary microphone and hence we get a mono setup. The loudspeaker sounds very decent and loud. There is no audio distortion, even at the highest volume levels. Since the speaker is located at the bottom, the sound gets muffled or blocked by palms when the phone is held for gaming or watching videos. We get a native music app and it comes with all the necessary features for an optimal audio experience but you can download apps like Saavn to stream online music.

The Karbonn Titanium Jumbo 2 can play or stream both HD or Full HD videos but there is some lag while playing 4K videos. We get a bundled earphone but it is very average in terms of build and sound quality. So we would advice you to use a good earphone for a good audio experience. Overall, the Karbonn Titanium Jumbo 2 provides a relatively good audio and video experience.

The Karbonn Titanium Jumbo 2 runs on Android 7.0 Nougat OS out of the box. It is the second latest OS from the house of Google after Oreo OS but this is mostly used in the latest budget and mid-ranged smartphones now. Although, there will be no major OS update for this phone like most budget smartphones. Coming to the interface, there is no lag and frame drops in normal day-to-day usage and the interface feels fairly fast. This is basically due to the presence of 2GB RAM. There was slight stuttering while playing games or running high-end apps and that is expected in a low-end Android phone. The UI feels like stock Android as Karbonn Mobiles have not added an extra layer of custom UI on top of Android OS. There are a couple of pre-installed apps (bloatware) but you can easily delete them if you do not want to use these apps. If you do not like the look of the interface, then just install any third-party theme of your choice.

Overall, the Karbonn Titanium Jumbo 2 has a lag-free interface based on Nougat OS that mostly feels like stock Android.