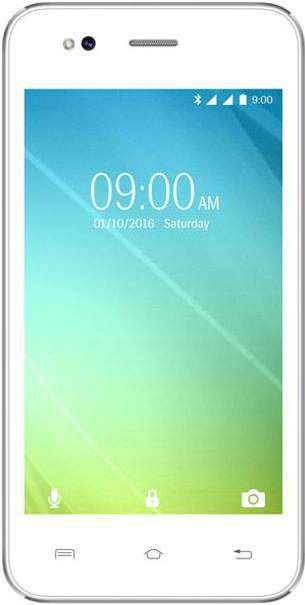 Conclusion:
The Lava A50 which is priced at Rs. 2,499 is not going to win any awards, rather it just full fills the needs of a first time smartphone users. The build and design are decent, it comes with latest stock Android, but sadly there is no support for 4G which is the biggest deal breaker. The performance also is a let down where it can’t even handle simple tasks like dialling a phone number, and the software experience is also very average thanks to just 512MB RAM. All in all, the Lava A50 is not the kind of smartphone that is worth buying in 2017 given that it lacks essential features like 4G VoLTE. If you are in the market looking for a smartphone to buy, increase your budget and get the Xiaomi Redmi 5A, or the Karbonn A40 Indian which are a better value for money.
Introduction:

Lava is one such Indian brand that experimented with various things which also included a Google's Android One phone as well. Off late, the company radically reduced its launches mostly because of the change in Indian smartphone dynamics in the past 1-2 years. The company has a fair amount of market share especially in the entry-level segment in tier II and III cities. Of course, it isn’t something that the company can brag about, and to tackle the competition, the brand has started bundling offers like free screen replacement, two-year warranty, etc. In today’s review, we will be checking out the Lava A50; an entry-level phone which is gradually increasing its standards, thanks to Jio, Intex, and Micromax like companies.

Lava A50 Specifications: The Lava A50 sports a 4-inches WVGA display and is powered by the 1.2GHz Quad-Core processor with 512MB RAM and 8GB storage. It runs on Android 6.0 Marshmallow out of the box. In the camera department, there is a 5MP rear camera and a 0.3MP front camera. Connectivity features include 3G, WiFi, Bluetooth. A 1550mAh battery is on board for all the battery needs.

The Lava A50 packs a regular candy bar design that is entirely made out of plastic. There is nothing unique about the design which is quite obvious at this point. The edges are rounded, but the back panel and front panel sit flat hurting your hands on extended usage. At 4-inches size, the Lava A50 feels comfortable in hands for one-handed usage, and it fits even in the smallest of pockets. But the downside of such small size is that you don’t get more screen real estate for gaming or to watch videos. The bezels on the four corners of the front panel feel quite dated, and the company should have trimmed a little. Nonetheless, the design and build still feel good for the price.

Moving to placements, the front of the device houses a VGA camera, the usual set of sensors, main earpiece. Down below the screen, you will find the three touch type capacitive keys which aren’t backlit. The volume and the power button is present on the right, while the left side houses the microUSB port for charging and data sync. The 3.5mm headphone jack is present on the top, and at the bottom, you have the main microphone. Flipping the device to the rear is where the 5MP camera, LED flash, Lava branding, speaker grills are present. The back panel is removable, so is the battery unit.

The Lava A40 sports a 4-inches WVGA (800X480) display. It has good viewing angles, but the color reproduction is not very impressive as the screen is the lowest resolution. Lava could have included an FWVGA display instead of WVGA which would have produced better output. Moving along, the sunlight legibility is good; we were able to access the content on the screen outdoors or direct sunlight. With poor color accuracy, we didn’t had a good time watching movies or playing games.

Touch response is good, and we didn’t notice any lag while scrolling or navigating. Despite having good brightness levels and viewing angles, the display didn’t leave a good impression and couldn’t even play HD content as well. Overall, the display of the Lava A50 is not very impressive, but for the price, this is expected.

The Lava A50 is powered by the 1.2GHz Quad-Core processor, and the company wouldn’t tell anything about the chipset used. The performance in general usage is decent, nothing very great. There is lag which is very much noticeable even with simplest of tasks. Being a smartphone that is placed in the affordable segment, this is expected. We never ran more than 1-2 apps at a time even still the device was struggling to perform decently. With just 512MB RAM, there is very limited scope for apps like Facebook, WhatsApp, Twitter apps to function smoothly.

In the gaming department, we played very basic games like Subway Surfers, Temple Run 2, Dr. Driving. More often than not the gameplay was fine. There were lag and frame drops that can be noticed on slightly extended usage. Overall, the performance is not very best of moderate to casual users, and it can only suffice the needs of a basic user or first smartphone users.

There are a 5MP rear camera and a 0.3 VGA front camera for selfies and video chats. The camera application is very basic with all the toggles present on the main screen itself, and there are no additional features. Moving to the performance, the images clicked in good lighting conditions or outdoors turn out to be good with acceptable colors and details. The camera app itself feels laggy as the viewfinder takes forever to re-adjust the focus if you quickly move the phone. There is no autofocus, hence you will have to rely on the device for focus. The landscape pictures are good with ample colors and details, but they do look noisy and dull when you zoom-in a little.

The rear camera can record 480p SD videos and the quality of the video just as you would expect is not very impressive. On the front, there is a VGA camera that is just there for the sake of it, and it doesn’t feel advantageous to click selfies, and even if you do, they are not social shareable. Overall, the camera performance of the Lava A50 is very average at best.

Battery:
The Lava A50 packs a 1550mAh which is user replaceable. The battery performance is just mediocre, even with moderate to casual usage, we were able to get 3-4 hours of usage.  This is due to the very less capacity battery unit. Though there is no idle drain, the battery dropped quite fast while using. With usual tasks like taking calls, sending a message, browsing, you can expect a battery life until afternoon which is very bad. Being an entry-level phone, we weren’t expecting a battery that can pull us through until the end of the day, but still, the battery life is quite a letdown. With the bundled charger, the device takes close to 2 hours 30 minutes to charge entirely from 1 to 100% which is a drag. Overall, we wish the battery performance could have been a little better.
Audio & Video:

The company has bundled a pair of earphones within the box, and they are basic quality ones. The audio quality via the speaker is loud and clear; no distortion can be heard even with maximum volume. Though the bundled earphones are good, they don’t sound good with maximum volume, so we used the ones we had with us, and the audio quality was then good. The default music player can play wide-range of audio files.

In the video department, the device was able to play 480p videos utmost and nothing beyond it. Being a display that doesn’t support HD resolution content, we weren’t expecting it as well. The device never lagged or froze while playing video via the default video player. Overall, the Audio and the video department of the Lava A50 is decent despite missing HD video playback.

The Lava A50 runs on Android 6.0 Marshmallow with stock U.I on top. There is an app drawer where all the apps reside. The interface is clean and smooth with no unwanted theming that would make the U.I navigation and transitions laggy. Google apps suite come pre-installed, and apart from them, there are a bunch of pre-installed applications that can’t be removed unless you are rooted which would in turn void your warranty. Though few of the pre-loaded apps come in handy, rest is just not required, and it feels like the company is shoving it in user’s face whether they like it or not.

With almost stock like experience, there is very limited customization available, and it is acceptable given that the device just packs 512MB RAM. Out of the 512MB RAM, there is just 200MB free when just the default apps and services are running in the background. As the available RAM is very less, we didn’t expect a smooth multitasking and U.I experience. Much of our expectations, the device struggled a lot even for simple tasks like dialing number in the dialer app or while typing on the keyboard as well. We had to clean the background running apps always to keep the currently running app smoothly. Despite getting stock Android experience, the user experience was not very pleasant thanks to the very less RAM availability.