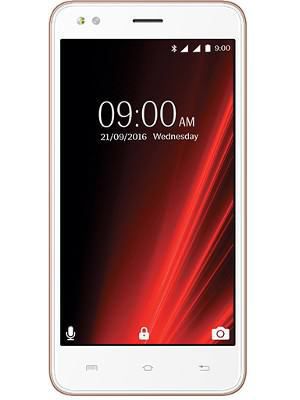 Conclusion:
Introduction:
Lava International is a renowned Indian multi-national company with its presence in countries like Nepal, Bangladesh, Sri Lanka, Pakistan, Indonesia, Russia, and Egypt and in the Middle East.Lava has its headquarters in Noida, and they are committed to the ‘Make in India’ initiative of the Indian government.The million dollar company also manufactures tablets; E-Tab Z7H was the first tablet from Lava. Xolo is a subsidiary of Lava Mobiles and has invented several android and windows phones. Lava released the X19 for Rs. 6699 earlier this year in January 2017.
Design & Display:

The Lava X19 has a 5-inch display which is one of the most preferred screen sizes. A smartphone having a screen up to 5 inches feels entirely comfortable to hold in one hand. The X19 has an IPS HD display and a good resolution of 1280 x 720 pixels.The 2.5D curved glass display gives the X19 a gorgeous look, and it feels good to hold. Smartphones with such a curved design look extremely elegant. The three navigation buttons sit on the front below the display.

A smartphone needs to have a strong glass to bear the daily wear and tear of everyday use.So here arethe X19 gains brownie points for having a curved Corning Gorilla glass. If you accidentally drop your phone, then the screen will not crack easily.Even if the phone  is in your bag, the screen will be resistant to minor scratches. Moreover, the IPS technology gives excellent viewing angles and also takes care of the colour reproduction. If you are outdoors, you will still be able to see the screen with ease. Speaking of colours, Lava offers 16M colours and a 196ppi.Being 145g in weight, it is lightweight and easy to operate with a single hand. You can easily reach the top corners of the screen for scrolling.

Lava X19 is a dual SIM phone, and it accepts 2 Micro SIM cards.However, you must note that this is not a 4G phone; you will have to be content with speeds up to 2G and 3G.This seems a big drawback as far as connectivity is concerned, most users have a 4G SIM, and there are several budget smartphones which are 4G enabled.So keep this in mind before deciding to purchase the X19. Are you one of those who want the classic black look for your smartphone? If yes, then you will be disappointed to know that Lava offers the X19 inonly twocolours, namely: Gold and Silver.

For this price, it is commendable to have a smartphone like the X19 with 2GB RAM. Lava could have provided just 1GB RAM to its users, given that X19 is a low budget phone.The X19 runs on Android v6.0 Marshmallow. Lava gives you a quad-core Spreadtrum SC7731G processor, which clocks at 1.3GHz. Quad-core processors handle multitasking reasonably well, but probably not as much as octa-core processors.2GB RAM is sufficient for a budget smartphone like the X19, as it is capable of handling most of the processes. The four cores help in distributing the tasks and ultimately increase the output. You can use two apps at the same time with the multi-window feature. For

example, you could watch videos on YouTube in one window, which can occupy the top half of the screen andsimultaneously you can open another app like OLA or Uber inanother window in the lower half of the screen. Cool feature, isn’t it?You don’t have to swipe from one screen to the next to switch between apps. As long as you don’t burden the phone with too many open apps, there is no lag.

Now, the internal memory is 8GB, and it can exhaust quickly with use. Lava gives you the option to expand memory up to 32GB.It is usually a good practice to invest in a memory card for storing all images, movies, songs etc. It comes handy during the transferof all these media files onto a new smartphone. Besides that, the internal memory remains free for storing other relevant system data. It helps in improving theperformance of the smartphone.

Lava has provided FM on the X19, so you can tune in to your favourite radio stations whenever you like.FM on the phone is a must-have feature for some users, if it is missing, then they look for other smartphones.

Different brands are striving hard to bring fancy features on as many smartphones as possible. Perhaps, this is the reason why several budget phones with fingerprint sensors and similar features are available in the market today. Lava has not given a fingerprint sensor on the X19. If you want your budget smartphone to have afingerprintsensor, there are options like Karbonn K9 Kavach 4G, Karbonn K9 Smart Grand etc.The X19 also doesn’t feature an IR port. However, it supports Bluetooth, MicroUSB 2.0 and GPS.

The X19 features handy features like the palm screenshot and smart gestures.You can take a screenshot by just swiping your palm across the screen. You can thenaccess the image to edit, delete or share it with friends.

Cameras:
Cameras are a must for smartphones, and even the most basic smartphone comes with a decent camera. Technological progress has made it possible to provide several useful featureseven in budget phones. The Lava X19 packs an 8MP primary camera and a 5MP front camera. It is common to have a LED flash for the primary camera, and thereare tons of apps which let you convert thisflash into a torch.Lava has raised the bar by providing an LED flash for the front facing selfie camera. Now, you can click beautiful selfie’s even in low light conditions! This feature indeeddistinguishes the X19 from its competitors.The 8MP rear camera takes goodimages, and you can record HD videos.There is a provision for digital zoom, and you can capture images in HDR mode. There is a photo timer and a grid feature to enhance your photography.You can use the grid to adjust the orientation of the scenery, and with the help of the timer, you can let the phone click pictures for you. The autofocus can quickly lock down on objects in the view. Overall the camera performance is good.
Battery:
The X19 packs a small 2200mAh lithium-ion battery. The battery can last longer due to the medium screen size. Otherwise,a larger screen would have drained the battery faster. Due to this smaller capacity battery, the phone becomes lightweight. Also, as 4G is not supported the battery consumption is reduced as compared to 4G VoLTE phones. However, if you use your phone too much, then it may require frequent charging. The charger also tends to heat up a bit while charging. With a full charge and moderate use, the X19 can last for an entire day.
Audio & Video:
The speakers are placed at the back of the panel at the bottom. The long grill-like design of the speakers on the back, adds to the look of the design. The X19 also has the usual 3.5mm audio jack so you can use your earphones to enjoy music. The sound quality of X19 is loud and clear.A loud audio means you can listen to your ringtone easily from a distance or in noisy surroundings too. The HD display makes viewing movies a delightful experience. You can enjoy gaming also, as the 2GB RAM supports many popular games.The graphics are crisp, and the colours and contrast are neat, thereby giving an excellent viewing experience.
Software & Ui:
Read Full Review