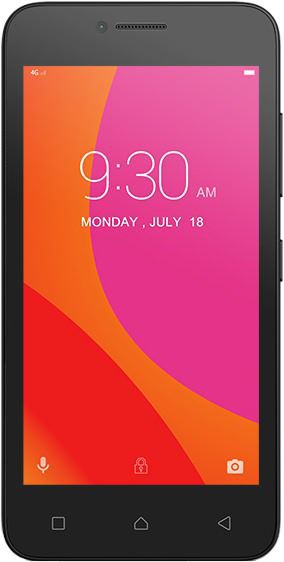 Being an entry-level phone, the expectations on the Lenovo Vibe B were very limited before we started testing the device, but to our surprise the device did shine in parts. The build quality was good, so is the battery which lasted an entire day with casual use. Though it still runs on Android 6.0, the Vibe U.I on top comes with a set of features which gives a fresh user experience.

However, on the flip side, we really didn’t like the camera and the overall performance of the device. There is a lot of scope for the camera to perform a bit and even the device performance feels very average with sluggish U.I transitions and laggy responses. So, if you are looking for a smartphone exclusively from Lenovo at this budget, the Vibe B should do just fine. But do note that alternatives like the Yunique 2 Plus, the Intex Aqua series and the Redmi 4A series are better offerings at this price.

Introduction:
Lenovo Vibe series stands as one of the top-selling smartphone series and profitable category for Lenovo in India. Since Motorola integration to budget series, we have seen fewer Vibe phones and more of Moto E and C series phones. And now, after a long gap, Lenovo has finally launched a brand-new Vibe series phone in the entry-level market. The device in talks is the Vibe B which comes with 4G VoLTE support and runs on Android 6.0 Marshmallow. For a price of Rs. 5,100, the new Vibe surely look that is capable of creating positive vibes, but it has to be seen how well it fares in real-world usage.  In our today’s review, we shall dig a little deep and find out about the Lenovo Vibe B and see what it is capable.

The Lenovo Vibe B sports a 4.5-inches FWVGA (854 x 480 pixels) IPS display and is powered by the MediaTek MT6735M SoC clocked at 1GHz quad-core 64-bit processor with Mali-T720 GPU. It packs 1GB RAM and 8GB internal memory with a microSD card slot for memory expansion up to 32GB. The device runs on Android 6.0 Marshmallow right out of the box.

In the camera department, the device packs a 5-megapixel rear camera with LED Flash and a 2-megapixel front camera for selfies and video calls. Connectivity features include 4G VoLTE, Wi-Fi 802.11 b/g/n, Bluetooth 4.0, GPS. A 2000mAh removable battery is on board for all battery requirements.

Being an entry-level phone, the device is entirely made of plastic, but feels sturdy. It sports a 4.5-inches in size which fits perfectly in hands and one-handed usage is pretty good unless you are migrating from a feature phone which then takes some time in getting used to. Though at this price brands like Intex, Micromax offer better quality build and design, the Vibe B design certainly doesn’t let you down. The rear panel is curved at the edges which gives it an excellent grip while holding in hands and the texture like finish giving good feel in hands. We never dropped the device, so it isn’t slippery at all.

Moving to design, the 2-megapixel front camera, the usual set of sensors, primary ear piece is present above the display, and the three-touch type capacitive buttons are placed down below the screen. On the left, there is nothing, while on the right is the power and the volume buttons. The 3.5 mm audio jack and the microUSB port are present up top, and the primary microphone is present on the bottom. Flipping the device to the rear is where you find the 5-megapixel main camera, LED flash, Lenovo branding, speaker grills. The back panel is removable, and you have the dual SIM slots, a microSD card slot and a 2000mAh user replaceable battery underneath. Overall, the design and build of the Lenovo Vibe B are quite alight, and compromises are bound to happen when an entry-level phone is being discussed.

The Lenovo Vibe B sports a 4.5-inches FWVGA (854 x 480 pixels) display. Though there are smartphone at this price which rocks a 720p HD panel, Lenovo sticking to yester years FWVGA feels a like a lot to give up. Moving along, though it is low-resolution, the display is bright and is clearly visible even outdoors in broad daylight. However, the color reproduction is average; a blue color hue is noticeable while tilting or changing angles of the display. As the color reproduction is poor, the viewing angles too takes a dig, despite being an IPS panel the viewing angles are poor. Watching movies should be a good experience only if you can settle for the mediocre output the display produces. There is also no ambient light sensor, meaning you have to manually adjust the brightness all the time.

Expecting a protected glass on top of the screen at this price would be a terrible idea. Overall, the display section is strictly average and leave us behind with a lot to desire.

The Lenovo Vibe B is powered by the MediaTek MT6735M SoC clocked at 1GHz Quad-Core processor with 1GB RAM. For casual users, general performance with simple daily tasks like taking calls, sending messages, browsing the internet was lag free and was also smooth. Apps open relatively fast and respond almost instantly to taps. But the problem starts when you put a little pressure on the device by performing tasks which it can’t handle. During our time with the device, we did try photo editing, rendering video clips, running a bunch of apps in the background which is when the device started struggling and giving up. The under clocked processor and the age-old chipset results in weak output. As we said above multitasking was decent unless you don’t run more number of apps than the device can handle.

Moving to gaming, though we didn’t expect the device to play even average games without dropping frames, surprisingly it was able to run basic games like Subway Surfers, Temple Run 2 without stressing itself. So, it is safe to say that Vibe B to some extent can handle less graphic intense games smoothly. That said, it can’t handle slightly high-end games like the Riptide GP 2 or Leo’s Fortune. Being an entry-level phone, it didn’t come with any additional features like the Fingerprint sensor, iris scanner, etc. Overall, like other departments, there are certain compromises to be made even in the performance section too. For casual user, they wouldn’t face any major issues using the device as primary phone.

The Lenovo Vibe B comes with a 5-megapixel rear camera and a 2-megapixel front camera for selfies. The camera app is simple with quick toggles to change modes like video, front camera, LED flash and more. It opens up fast but takes a bit of time to process the image. Moving along, the images clicked in well-lit conditions are fine and acceptable for the price of the device. There are dull moments in the picture if you look closely, the image quality when viewing on the phone is good, but once you move to the large, you will quickly notice the lack of details and grainy output.

For the most part, it is capable of clicking good photos with somewhat passable colors and details, but they look artificial and too dull. The low-light performance is outright terrible and is something that is expected. Noisy images combined with very poor details makes the low-light captures a lost cause. Focusing especially in low-light is yet another issue, it takes forever to fix the focus lock. Even after clicking the image, the camera app takes a good 1-2 seconds time to process the image. Though there is an LED flash, it barely shows any difference. On the other hand, the 2-megapixel camera on the front is also just average. Under well-lit conditions, selfies clicked are just fine, but once you move to artificial or dark surroundings, the images look completely washed out. The rear camera can record 480P SD videos and the quality of the video is very poor for our liking.

Overall, the camera performance of the Lenovo Vibe B is very poor. Though the 5-megapixel rear camera tries to click decent pictures in good lighting conditions, it still fails with poor low-light performance.

The device comes with a 2000mAh user removable battery with no support for fast charge. Talking about its performance, for casual to light users, the 2000mAh battery is very much capable of lasting till evening given that you don’t push it by running too many apps or streaming content continuously. As for heavy users, with the very limited scope we had, we still managed to put little pressure on the device resulting in battery dying mid-day. If at all you end up picking the Lenovo Vibe B, you need to use the device cautiously so that it will last one single day. It comes with Power saver mode which can save some juice in emergency, but then again how good is that when the battery performance itself is mediocre.

It doesn’t pack any fast charge support either. Hence the battery takes anywhere close to 2 hours 20 minutes time to charge completely which seems like a stretch for such low capacity battery. Overall, the battery life of the Vibe B is very average.

The Lenovo Vibe B comes with a 3.5mm audio jack present on the top and the speaker grill is present on the rear. The output via the loudspeaker is loud and is clear unless you put the volume to maximum which is when we hear slight distortion in the output. We never missed phone calls due to bad speaker performance, and it is a good thing. On the other hand, the audio output via the 3.5mm audio jack is just average and the music player is basic in nature. It can play wide range of audio formats, but lacks any equalizer support so you are stuck with default presets.

Video department is where you will have to make compromises again. Being a display with FWVGA resolution, playing HD videos was impossible. We tried playing 720p videos stored locally, and the device was freezing, and even gave up after a period of time. So, you will have to limit the multimedia experience to 480p SD videos for a smooth video playback. Overall, the audio and video department are decent despite it lacks HD video playback.

The Lenovo Vibe B runs on Android 6.0 Marshmallow with Vibe U.I on top. The interface is something new if you are moving from a featured phone or stock Android. All the apps and shortcuts are arranged on the home screen as there is no app drawer. The notification shade too looks entirely different with a blue background and unique icons for the toggles. There is a theme center application pre-installed which has a bunch of themes that you can chose from. These themes certainly change the look and feel of the U.I, but the Vibe U.I flavor is retained. Apart from Google apps, Lenovo’s custom applications like synchIt, share, File manager, twitter, app center, Lenovo Companion come pre-installed and there is no way you can uninstall them.

It comes with 1GB of RAM out of which around 600MB is free for users. As the interface is heavily customized, it takes up portion of the available RAM. For general users, day-to-day multitasking is smooth and was also responsive most of the time. However, if you are a heavy user, the device will surely disappoint you with its laggy U.I transitions and animations. You need to keep a check on the number of apps you run in the background, so that you will have enough RAM to allocate to fresh apps. Overall, the software experience on the Vibe B is decent, but it is the multitasking that takes the toll.