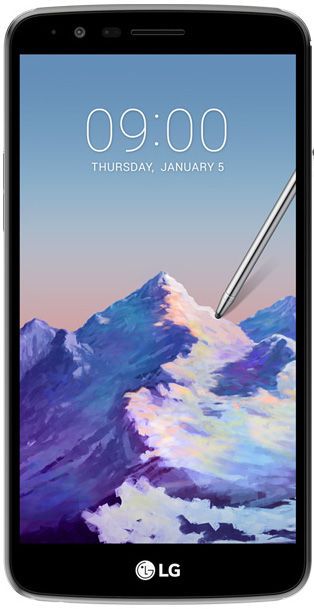 The LG Stylus 3 is a good alternative for consumers looking to purchase a Galaxy Note like phablet in budget pricing. It does come with a good stylus pen and enhanced software to make the pen useful. However, the display, overall performance and cameras are just about average. The metal build quality is very good and the fingerprint sensor works well too. If you want a smartphone with stylus pen in this price range, then go for the LG Stylus 3 as we do not have other options here. Although, you can check out the Xiaomi Mi Max 2, if you want a big phablet minus the pen.

LG announced the Stylus 3 phablet in India back in March 2017. It is a mid-ranged phablet that is primarily targeted at consumers looking for a Galaxy Note like device which comes with a stylus. The Stylus 3 gets a metal body which was missing in its predecessor and thus it looks more premium now. However, a HD display in a mid-ranged phablet is simple not acceptable in 2017. So in our LG Stylus 3 review let us find out if you should go for this phablet or stick to some other smartphone in this price segment. However, take a look at the specifications of the device first.

The LG Stylus 3 runs on LG UX based on Android 7.0 Nougat OS and is powered by a MediaTek MT6750 octa-core processor and 3GB RAM. The phone boasts of a 5.7-inch HD display and packs in a 3200mAh removable battery under its hood. There is 16GB of internal memory onboard but you can also expand it further up to 2TB. In the camera department, we get a 13 megapixel primary camera along with a 8 megapixel selfie shooter. There is a fingerprint sensor located at the back. The Stylus 3 has 4G VoLTE connectivity along with Dual SIM support. Other options include 3G HSPA+, WiFi 802.11 b/g/n, Bluetooth 4.2 LE, NFC and GPS. The LG Stylus 3 features a lot of sensors such as gyroscope, accelerometer, ambient light and proximity sensors.

The LG Stylus 3 has a metallic body and it is an upgrade over its predecessor which came with a polycarbonate body. This makes the Stylus 3 look quite premium. Being a mid-ranged phablet, it has big chin on top and bottom. Thus, the phone is quite big and is a little difficult to use with one hand. The curved edges make sure that the phone has proper grip and does not slip out of hands. The build quality of the product is very good and we would expect that from a brand like LG. The ergonomic design may not be compact but you will love to use it for long hours as it will not cause any fatigue. The back panel has a matte finish for added grip.

Starting with the front side first, there is a 5.7-inch display along with the selfie camera, couple of sensors and earpiece on top. The smartphone comes with on-screen navigation buttons and hence we do not get any capacitive touch buttons. At the bottom, we have the microUSB port along with the primary microphone and 3.5mm headphone jack. The power/lock button is located on the right while the volume rockers are present on the left. The stylus pen slides into the phone through the hole on the top right and we also get a secondary microphone beside it. Turning towards the back, we have the primary camera at the top, followed by the LED flash and fingerprint sensor. The LG branding is seen on the middle and the speaker cut out is at the left bottom. The back cover is removable and a 3200mAh battery sits beneath it. We also get the Dual SIM slot and a dedicated microSD card slot inside the back panel. Overall, the LG Stylus 3 has a generic design with good build quality.

The LG Stylus 3 comes with a 5.7-inch IPS in-cell 2.5D curved glass display, which has a resolution of 1280 x 720 pixels (HD). It is a big display meant for content creation but a Full HD panel was necessary as most other smartphones in this segment come with one. Thus, the resolution is on the lower side and hence the display does not very vivid and colorful. Although, it has good color accuracy and the brightness levels are quite high. The size of the screen is good for playing games and watching movies but it would have looked much better on a Full HD panel. It supports touch input via a stylus pen and that works quite smoothly. We do not get any branded glass protection on top but there is one and it does save the panel from getting scratched.

The touch response of the Stylus 3 is quite good but not the best since the display quality is average and the interface is not the smoothest. Overall, the LG Stylus 3 comes with a big display for content creation but a Full HD panel was the need of the hour.

In terms of performance, the LG Stylus 3 comes with a MediaTek MT6750 octa-core processor clocked at 1.5GHz along with 3GB RAM. This phone deserved a much better processor but we have to be content with this one. It is an entry-level chipset in today's market but is capable of running most of the day-to-day processes without any lag or stuttering. The UI is also quite smooth during general usage but we faced some occasional lags here and there. You can game on this phone but it is good for only normal 3D gaming. Do not try to run high- end games on this device as it will lag. Hence, this phone is not meant for gamers and we have better gaming phones in this price segment. The Stylus 3 comes with 16GB of internal memory, out of which around 10GB of free space was available after first boot. If you're not satisfied with the internal storage, then you can increase it up to 2TB. The fingerprint sensor located at the back of the phone does work well like any other fingerprint scanner these days.

Talking about connectivity, the LG Stylus 3 supports Dual SIM and is of course 4G VoLTE enabled. Both the slots are 4G enabled but simultaneously only one slot can be used for 4G while the other will work on 3G. We also get NFC support. The 3200mAh battery (removable) under its hood does not support fast charging and gives up to one day of battery life with moderate usage.

Overall, the performance of the LG Stylus 3 is just above average and it should have been a lot better.

The LG Stylus 3 rocks a 13 megapixel primary rear camera. It is quite mediocre in performance but images shot in natural day light come out well with some amount of details. However, pictures taken in low light have a lot of noise and grain and are unusable sometimes. The focusing mechanism is also slow and is inaccurate at times. HDR mode takes the best possible images with a lot of detail and great color saturation. Hence, we would recommend you to alway shoot with HDR on. Macro shots also have some amount of shallow depth of field. The 8 megapixel selfie camera is also pretty basic and takes good selfies in day light but it struggles in low indoor lighting as well.

The camera app of the Stylus 3 has a simple user-friendly UI and is very comfortable to use, even for first time smartphone users. It has a lot of modes including a pro mode. According to us, the auto mode works best for most situations, unless you're a professional photographer. Both the cameras can shoot Full HD videos and they are very average in terms of quality. Overall, the cameras of the LG Stylus 3 are pretty decent but could have been a lot better.

The tiny speaker cutouts of the LG Stylus 3 are located at the left bottom on the back side. In terms of audio quality, it is just above average and it is not the loudest as well. The moderate audio also breaks at the highest volume levels. Also, since the speaker is located on the back side, the sound gets blocked and muffled when the phone is kept on a flat surface. However, this is quite normal with smartphones having speaker on the back side. The native music app has the basic features and thus you can opt for a third-party app for advanced features.

Talking about the video watching experience on LG Stylus 3, you can watch HD or Full HD videos quite easily without any frame drops. However, if you want to stream 4K content, there will be lags because of the low-end processor. The phone comes with a pair of earphones but it is very average in quality. Hence, we would suggest you to use a good pair of earphones for getting optimal audio experience. Overall, the audio and video quality of the LG Stylus 3 is just about average.

Out of the box, the LG Stylus 3 runs on enhanced LG UX based on Android 7.0 Nougat OS. However, it is not expected to get the Android 8.0 Oreo OS update in the future but we really hope LG provides an update. This custom LG UI is certainly better than its previous iterations. The app icons and the whole UI has received a much-needed update and they look fresh. The UI feels very fluid and there is no lag or stuttering whatsoever while carrying out general day-to-day tasks. You can surely change the look and feel of the custom UI by installing great third-party themes and that is the sheer beauty of Android OS. It comes with some pre-installed apps but those can be uninstalled and deleted permanently, if you choose to do so. As it comes with a stylus, we get features such as Pen Pop 2.0 along with the popular Pen Keeper and Screen-off Memo. These will help you in taking notes and scribble something down quickly with the stylus.

Overall, the user interface of the LG Stylus 3 feels quite modern and has enough features for the stylus pen as well.