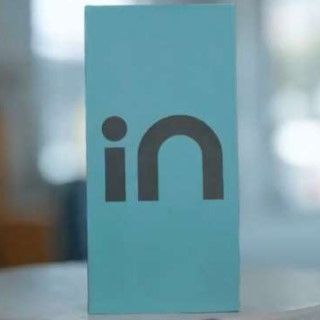 Micromax IN Series Mobile Price in India, Launch Date & Offers: So finally Micromax is back with 'IN' series smartphones which are expected to launch in India Diwali month (First week of November 2020). We can expect the price to be as low as Rs.6999 for the base variant. As per leaks, It is supposed to come with big 5000mah Battery, Mediatel helio G35 & G85 processor. Stay tuned for more info about Micromax IN Series Mobile & Launch offers.

Micromax, an Indian smartphone manufacturer, is all set to create ripples in the smartphone market as it is gearing up to launch new phones in the coming few weeks. Micromax, after a long time, will be launching a new “IN” series in India. Tailored for young tech and gaming enthusiasts, the Micromaxx IN series lineup will be powered by a Mediatek gaming processor, a gorgeous display and a powerful battery.

According to the leaks reveal various specs of these devices hinting that the first phone can come bundled with MediaTek Helio G35 chipset and the other might feature MediaTek Helio G85 processors, along with a 6.5-inches HD+ display. In addition, the phone might come in two variants, one with 2GB RAM and 32GB of storage and the other with 3GB RAM and 32GB of storage. Furthermore, the phone might be powered by a 5,000 mAh battery as well.

We all know that Micromax is a great brand that is popular for its fully loaded smartphones at a competitive price, thus we can expect that the upcoming Micromax IN series price in India is expected to be under the price bracket of Rs. 15,000. The exact details and pricing of the upcoming Micromax IN series have not been revealed yet. To know more about the launch date, price, and specifications, read the complete post.

Since there’s no official word from the company about the availability of the device, it is expected that the IN series mobiles will be launching two smartphones in the first week of November and most probably on November 2.

Remember that this is the expected Micromax IN series launch date. The actual release date is yet to be announced by the brand.

Micromax IN Series Price in India

Just like the release date, the price range is still not certain but the phones are expected to launch in the range of Rs. 7,000 to Rs. 15,000. The upcoming Micromax IN series mobiles are expected to target the budget as well as mid-range market and to some extent the entry-premium market. While pricing details aren't officially revealed, both In smartphones are likely to compete with the likes of Xiaomi, Realme, and Samsung budget phones.

Where to find the best Micromax IN series mobile offers?