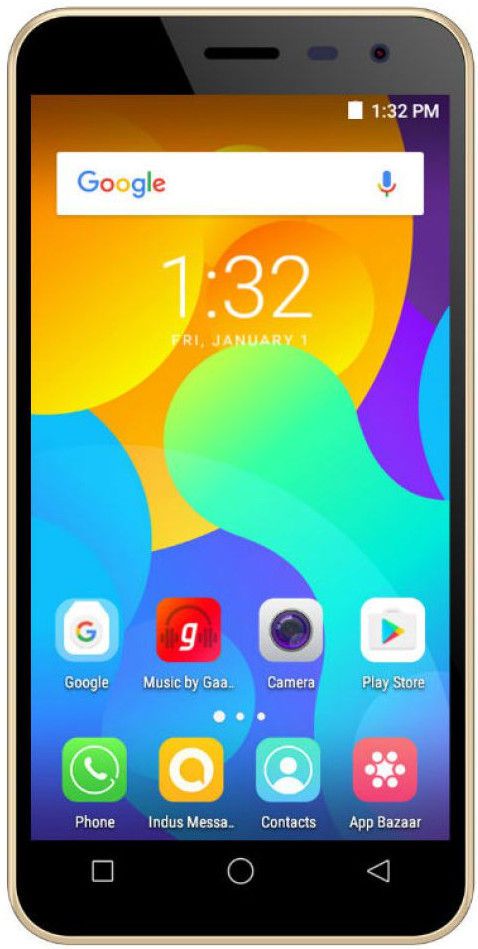 As you can see, the Micromax Spark Vdeo is a device that is a mix of both pros and Cons. The build quality, the design is good, the display is acceptable for the price and offers better multimedia experience as the company is also bundling in-ear style earphones. It even comes with 4G VoLTE support which has become a norm for phones launching these days. But on the flip side, the performance is bad mostly because of the heavily themed interface, both the front and the rear cameras fail to put up an acceptable show even in good lighting and daylight conditions. So, with display, design, build quality, 4G VoLTE support being the pros of the device, while the poor camera and general performance being letdowns, you decide on what’s more important to you and choose wisely. If not for the Micromax Spark Vdeo, there is Reliance Lyf C459 and Intex Aqua Lions series that hold strong against the Spark Vdeo.

Introduction:
Micromax, is a well-established Indian brand that has its fan following especially in the budget segment where there are fewer phones that offer value for money and perform well at the same time. The company’s latest phone in the sub Rs 5,000 price segment is the Spark Vdeo which focuses on Google’s Duo video calling feature. In our today's review, let's have a closer look at the Vdeo Spark and find out if it is a perfect entry-level phone from a reputed Indian brand.
Micromax Spark Vdeo specifications: The Micromax Spark Vdeo sports a 4.5-inches (854 x 480 pixels) FWVGA IPS display and is powered by the Qualcomm Snapdragon 210 SoC clocked at 1.1 GHz quad-core processor with Adreno 304 GPU. It packs 1GB RAM and 8GB internal storage that is expandable up to 32GB with microSD. The device runs on Android 6.0 Marshmallow.

In the camera department, there is a 5-megapixel rear camera with LED Flash and a 2-megapixel front camera for selfies and video calls. Connectivity features include 4G VoLTE, WiFi 802.11 b/g/n, Bluetooth 4.0, GPS. An 1800 mAh battery is on board for all the battery needs.
Design & Display:

The Micromax Spark Vdeo being an entry-level phone pack an all-plastic build that is sturdy and is of good quality as well. It doesn’t feel cheap in anyway, but it feels a bit thick for such a compact phone adding extra bulk to the phone. The back panel is removable, so is the battery. As the rear panel is smooth plastic finish, hence making it slippery, using a back cover is suggested. The corners are rounded to edges giving you a complete grip while holding in hands. Design wise; we don’t get anything fancy, it’s a very familiar candy bar block design which according to us should suffice the needs of a casual user who would end up buying the phone.
Moving to the placements, up front, you have the 2MP camera, sensors, main earpiece, and down below the screen is where you find the three-touch type capacitive buttons. Top houses the 3.5 mm headphone jack, and microUSB port, and there is nothing on the bottom. The volume rockers and the power button are present on the right leaving nothing for the left side. The 5MP rear camera, led Flash, Micromax branding are present on the rear side and strip opening the back panel gives you access to the 1800mAH battery. Overall, not an award-winning design, but quite a decent look and feel for a phone at this price.

The Micromax Vdeo sports a 4.5-inches FWVGA IPS display with no protected glass on top. The quality of the screen is good and can withstand one or two accidental drops. Though the resolution is low, the color reproduction and the viewing angles are good. We didn’t  face any blue or yellowish hue on tilting the phone to extreme corners, and it is a good thing.

Accessing the display under broad daylight was decent, but the reflective panel makes it tougher at a time to view the content on the phone under direct sunlight. Touch response is good. Overall, the fact that it packs a low-resolution panel won't be a big deal or stand in the way once you start using the device.

The Micromax Spark Vdeo is powered by the Qualcomm Snapdragon 210 SoC clocked at 1.1GHz Quad-Core processor. The performance, in general, is good with apps opening and closing almost instantaneously. It can even handle slight multitasking as well with just 3-4 apps running in the background. Due to the themed interface, certain taps go unresponsive or slow to respond which might make it annoying while using the device. Use of a custom skin over Stock Android on entry-level phones is good as it comes with some additional features like complete mother tongue language support which isn't possible on Stock Android, but at the same time, it needs to be appropriately polished.

In case of the Spark Vdeo, the performance of the device takes a hit because of the heavy theme, as it lags and stutters even on slight heavy usage. Don't get us wrong, it can handle apps like Facebook, WhatsApp, Twitter, Instagram, etc. but fails to run all the apps at once in the background. The age-old chipset and underclocked processor can also be blamed. As long as you use the device for simple and regular tasks, it surely won't give you a hard time.

In the gaming, we tried games like Temple Run 2, Dr. Driving, Subway surfers and they ran fine without any issues or dropping frames. Considering how basic these games, it is no wonder the Micromax Spark Vdeo was able to perform well. Overall, as you can see, the device is a decent performer when just simple apps are being run, but fails on even slight heavy multitask.

The device features a 5-megapixel rear camera and a 2-megapixel front camera for selfies and video calls. In the daylight or outdoors, the images clicked on the Vdeo considering its price are good with decent colors and details. Even in indoors where the light is good, the camera can click acceptable to moderate images that can be shared on social media as well. The LED flash comes in handy, especially in the dark and low-light, environments, however, the pictures clicked in low-light and absolute dark conditions just as you would expect are completely washed out with noisy images and grainy output. We didn't stress the camera much as the results speak for itself.

On the front is a 2-megapixel shooter which does click selfies that aren't in anyway usable on Social media. The images are dull with noisy output even though you are clicking in daylight and good lighting conditions. Overall, the camera performance isn't the best aspect of the device and it, in fact, is a letdown if you were hoping on clicking good images.

The device comes with a 1800mAh battery that is removable. Though the device is focusing on the entry-level segment, the 1800mAh is a low capacity unit even at this price. For casual to light usage, the device will last you till evening making you charge the phone for some time to push it till the end of the day. There is no idle battery drain, but on continuous to slight heavy usage, the battery will die mid-day which is very much not what you would want.

Unless you are an average user who just uses the phone for some essential functions, it would be better if you carry a power bank or charger with you to juice the phone whenever necessary. Speaking of charging, the device takes close to 2 hours 30 minutes to charge such a low-capacity unit which is a yet another letdown. Overall, the battery life isn’t the greatest and probably not what you want even if you are a first-time smartphone user.

The company is bundling an in-ear style earphone within the box which is a welcome addition. The audio quality via the loudspeaker gets quite loud and there is no distortion of sound after putting the volume to the maximum. We stuck to the bundled earphones and the audio quality via them is good with nice balance of bass. The default music player was able to handle most of the audio formats as well.

The Micromax Spark Vdeo runs on Android 6.0 Marshmallow with Indus OS on top. The interface is quite different from Stock Android, and even the icon pack is custom designed to fit the theme. The first thing you will notice on booting and setting up the device is the lack of an app drawer as all the icons and widgets are present on the home screen itself. The second thing you will notice is the tons of pre-installed bloatware apps that can't be removed unless you are rooted. The pre-installed apps take up most of the internal space. Google apps are available.

Indus OS according to the company is the second largest operating system on top of Android in India which majorly relies on entry-level phones. There is not much regarding customization here, but apps like App Bazar come by default which is an alternative to the Play Store where you can find and install applications. The device has support for Native 12 languages support and features like translate and transliteration are available to send text messages in your native language. The settings app and the notification shade are stock, and nothing has been changed. The Indus OS settings application gives you a simple range of settings to tweak the interface, but nothing in the form of themes or wallpaper collection as such.

There is around 600MB of available RAM out of the 1GB RAM. The amount of free RAM is enough to run basic apps and tasks with ease. But on slight heavy multitasking, the device tends to terribly slow down most of which is to be blamed on the heavily themed skin that responds to taps quite slow. Overall, the software department feels like a drawback with a custom skin that is responsible for lag and stutters in the interface while using it.