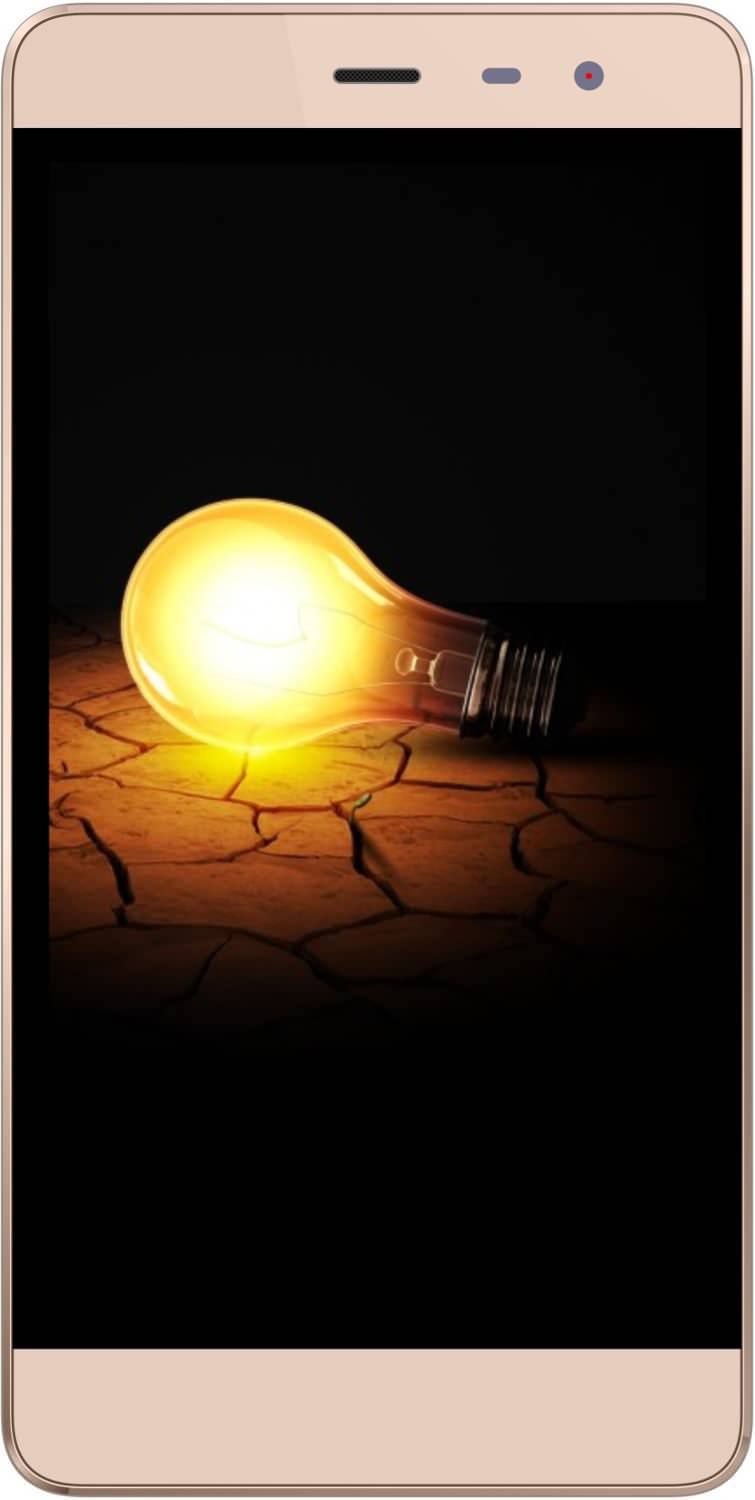 Conclusion:
The Micromax Vdeo 3 is the perfect choice for you if you are a casual user who who’s a smartphone just for the sake of using it. The device is capable of putting up a decent performance; it can click acceptable images in well-lit conditions and the build quality too is good for the asking price. There are few shortcomings as well, though the camera performance is good in daylight, the output of it in low-light and indoors is simply disappointing. The 2000mAh battery will only last an entire day if you are a moderate user, but if you are a heavy or power user, it will die mid-day. So, if a phone from Micromax that has good looks, decent performance are your requirements, then the Vdeo 3 is the right choice in this budget, if not, there are alternatives like the Redmi 4A, Yu Yunique 2 plus in the same price segment that offer better value for money.
Introduction:

Micromax is one of the Indian companies that has made an impact in the smartphone market around the world. Such is the greatness of the company that it was able to rope in Hugh Jackman as its brand ambassador. But we all know that it is not just about having big celebrities as the ambassadors, it is all about whether the people are willing to take a leap of faith in buying the products. In that regard, Micromax is the most trusted Indian by the customers in the country, at least that’s what the sales report says.

The Micromax is well known for introducing smartphones across all the price ranges with exciting specifications. In the beginning of this year, the company launched a few smartphones and Micromax Vdeo 3 is one of them. Priced at a budget cost, Vdeo 3 is the company’s choice for the budget range smartphone seekers. But, is Vdeo really worth the money you spend for it? Let us find answers to all those questions in our today's review. That being said, it’s good, to begin with, the specifications first.

Specifications: Micromax Vdeo 3 sports a 5-inch HD screen at a resolution of 720 x 1280 pixels. It is powered by a combination of 1 GB RAM and Qualcomm Snapdragon processor besides running on Android 6.0 (Marshmallow) out of the box. The device comes with 8 GB internal memory that can be expanded to 32 GB using the microSD card. Vdeo 3 has 5-megapixel primary camera with LED Flash and 2-megapixel front camera. It supports Dual SIM, GPS, Bluetooth 4.0, Wi-Fi 802.11 b/g/n and 4G VoLTE connectivity features besides featuring a 2000 mAh battery. Available in Grey and Champagne colors, the mobile is priced at Rs 5249 via Flipkart in India.

The device sports a 5-inch HD display at a resolution of 720 x 1280 pixels. In our experience, we were able to view the content on the screen clearly both in dark and light

conditions. It was also very comfortable to read the text under the direct sunlight. The mobile comes with the Ambient light sensor, and so, you don't have to adjust the brightness manually. Although the brightness sensor works well, you might feel to rely on changing the brightness manually especially during the low-light conditions. There were marks of fingerprints on the screen after prolong usage of the Vdeo 3 smartphone. That’s why we would suggest you install a screen-guard not only to prevent the fingerprint smudges but also for additional protection.

The colors are very bright on the screen of Micromax Vdeo 3. One would feel that there’s a lot of difference the between the reality and the colors that appear on the display of the smartphone. The viewing in different angles is not very impressive, so it is advisable to view the contents like video or other media graphics without tilting the smartphone much. Overall, not the best display out there, but it does justify the price with good brightness levels.

Micromax Vdeo 3 comes with a not-very-special good design. Coming in Champagne and Grey colors, it also gives you a good look and adds beauty to your personality. Although the back of the smartphone is not made of metal, it feels very tough especially while removing it. In other words, we can also say that it prevents the smartphone from getting damaged. Despite coming with a plastic build, the Vdeo3 is sturdy and offers excellent grip while holding in hands. The 5-inches size help for good one-handed usage. The dual color tone of the back panel gives a stylish look.

There are sensors and 2-megapixel front camera on the front above the display. On the back, you will find a 5-megapixel camera and LED Flash at the top and loudspeaker grill at the bottom. The location of the speaker grill makes the Vdeo 3 smartphone look very stylish. On the bottom, you have the charging port; the top contains the 3.5 mm audio jack in addition to the power and volume rockers are also present on the right side of the smartphone. The left has nothing, and therefore it fits perfectly in your hands.

The Micromax Vdeo 3 is powered by the Qualcomm Snapdragon 210 SoC clocked at 1.1GHz Quad-Core processor to deliver a smooth experience to the user. For general day-to-day user experience, the Vdeo 3 fairs well. It opens up and closes apps quickly, and the U.I is also responsive without dropping any frames. For casual users, the performance should be a breeze. It can handle moderate multitasking as well. The U.I being stock feels responsive, no sluggishness was noticed. However, that said, coming with a modest hardware, the Vdeo 3 is not meant for heavy use cases, it can't handle massive resource-intensive applications well and at times the device freezes which makes you restart it before you can use it again.

Moving to the gaming, we tried out a range of games like the Temple Run 2, Subway Surfers, Riptide GP 2, Leo's Fortune. Most of the games ran fine with good color output and acceptable graphics, but it is the slightly graphical games that dropped frames and failed to render graphics. Overall, the performance of the Vdeo3 is strictly meant for casual users.

The device comes with a 5-megapixel camera with LED flash on the back and the 2-megapixel camera on the front. As mentioned earlier, the company relied heavily on the Video calling the feature to market the Vdeo 3 smartphone. That being said, the front camera is pretty good enough to hold video calls without any disturbances. In our tests, we were able to take good landscape photos using the primary camera.

The macro shots were pathetic as it requires extra effort to capture images with the proper bokeh effect. For instance, if the focus of your subject is a flower, we’d advise you to bring the smartphone as close as you can near the flower then focus on it, to get a decent bokeh shot with the subject in question being in focus.

However, the low-light shots are utterly terrible. The picture lack proper details and the colors also look washed out. The camera simply fails to capture enough light and brighten the image, hence making the output a complete disaster. It can record 720p videos, but the quality of the video is very average. The output of the video is not up to the mark as there were more shaking and blurring when the camera was not stationary.

Overall, the camera performance is a mixed bag with shots clicks in the day and good lighting coming good decent, but low-light and artificial output is something that bothers us.

Battery:
Micromax Vdeo 3 comes with a 2000 mAh battery, and you are not going to have much trouble with the battery unless you are a heavy user. For regular users, the mobile will be able to last a typical working day with little WhatsApp and Facebook besides the music and Video. You should be able to watch more than 6 hours of video without any additional interferences. If you are a gamer, we would advise you to carry a power bank or a travel adapter with you. As it isn't a fast charger, and it takes close to 2 hours 30 minutes.
Audio & Video:

The quality of the video on the smartphone is good. You should be able to watch movies with good experiences unless you really care about the quality of the color. Because the color of the Vdeo 3 is more artificial, as described above in the display section. Being a 720p panel, you won't be having any problem playing HD videos on it, but you might have to compromise if you are planning on streaming Full HD content.

The Vdeo 3 is shipped with a pair of earphones, but the music listening experience through the default headphones is only average. For a better experience, we would suggest our readers buy any third-party earphones like SoundMagic or Sennheiser. The quality of audio in the loudspeaker is very pathetic. You hear distortion of sound on increasing the volume to  the maximum. However, for calls and message tones, it is quite loud.

The Micromax Vdeo 3 runs on Android 6.0 (Marshmallow) out of the box. Considering the price, you should not expect beyond this Android version on the smartphone although the world around you is longing for Android Oreo at present. The user interface looks much like the Stock Android with a Google Now look alike Launcher. The layout of the settings menu is also adapted from the stock Android. So, for less than 6000 bucks, you will get a pure Android experience through Micromax Vdeo 3 smartphone.

The company is relying on the video calling experiences for the promotion of Vdeo 3. That’s why the mobile comes pre-installed with Google Duo app. Besides that, you will also find a few bloatware apps like Back and Restore apps which will not be of much use to you, and you can't uninstall them as well.