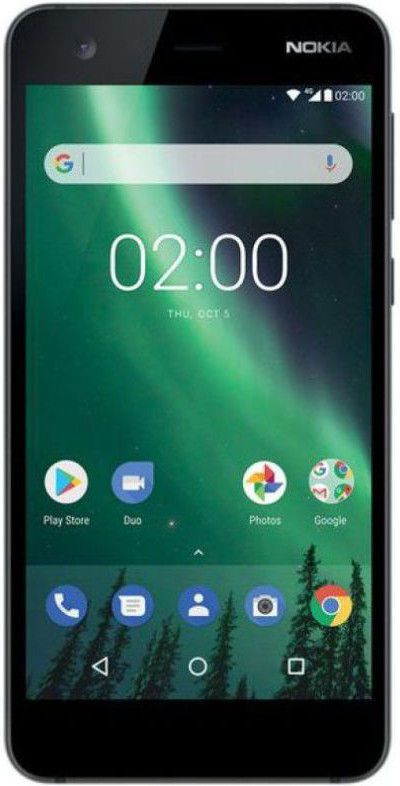 The Nokia 2 is one of the best low-end budget smartphones in the Indian market when it comes to build quality, battery life, display, software and cameras. We get a 6000 series aluminium built, two-day battery life, a vibrant HD display, stock Android experience with Oreo OS update and good set of cameras. Also, it is splash proof as it has IP52 certification. However, the performance takes a bit of beating because of the low-end processor and 1GB RAM. The internal storage is very low, there is no fingerprint sensor and fast charging as well. Hence, if you want a reliable smartphone from a reputed brand with few cons, then go for the Nokia 2. In case you want more from your budget smartphone, then have a look at the Xolo Era 3X, Xiaomi Redmi 5A and Infinix Hot 4 Pro.

HMD Global revived the Nokia brand by launching Android smartphones in February 2017 at the Mobile World Congress in Barcelona. The company had launched three budget smartphones back then namely Nokia 6, 5 and 3. In November 2017, HMD Global was back with the most affordable Nokia smartphone powered by Android till date and it is known as the Nokia 2. It is a low-end budget smartphone that would appeal to a lot of consumers in India. The main USP of this smartphone are its two-day battery life, stock Android and great build quality. So let us check in our Nokia 2 review if you should purchase this Nokia smartphone or go with some other device. Although, take a closer look at the specifications first before diving into the full review.

The Nokia 2 is powered by a Snapdragon 212 quad-core processor, coupled with 1GB RAM and 8GB internal memory (expandable up to 128GB). The phone sports a 5-inch HD display and runs on Android 7.1.1 Nougat OS out of the box. In the camera department, we get a 8 megapixel primary rear camera and a 5 megapixel selfie shooter. There is Dual SIM connectivity along with 4G VoLTE support. Others include 3G HSPA+, WiFi 802.11 b/g/n, Bluetooth 4.1 LE and GPS/GLONASS. In the sensor department, we get a magnetometer, accelerometer and ambient light sensor. Under the hood, there is a 4100mAh non-removable battery.

The Nokia 2 does not have a unibody metal design since the back cover is removable and is made up of polycarbonate but it is very premium since the rest is made up of 6000 series aluminium. The build quality is great and the phone looks quite stunning. It does not have the lightest body as it packs in a massive battery but the weight is evenly distributed and thus the phone can be used for longer duration without feeling any pain in the hands. The credit goes to Nokia for maintaining a great build quality. Since the Nokia 2 is compact, you can easily use it with one hand without facing any difficulties. The phone has slight round edges and the back cover has a slight textured finish for added grip.

On the front, we get a 5-inch display along with the selfie camera, LED notification, earpiece and couple of sensors. There are three on-screen buttons for navigation and hence we do not get any capacitive buttons below the display. The volume rocker and power/lock buttons are placed on the right side while the left side remains empty. The microUSB port along with the primary microphone are at the bottom while the 3.5mm audio jack and secondary microphone sit at the top. Turning towards the back side, we get the primary camera along with the LED flash inside a circular enclosure. The Nokia branding is found in the middle while the loudspeaker cutout is located at the right bottom of the back side. Upon opening the removable plastic back cover, we get a 4100mAh removable battery along with SIM card slots and a dedicated microSD card slot. Overall, the Nokia 2 has an ergonomic design, great built and decent hardware.

The Nokia 2 features a 5-inch LTPS display, which comes with a resolution of 1280 x 720 pixels (HD). It has a standard resolution and the size is also very compact. The quality of the panel is top-notch and the color reproduction is great. The brightness level and contrast ratio are good as well. The viewing angles and sunlight legibility are moderately decent. We also get an ambient light sensor and hence the brightness of the screen gets automatically adjusted according to the lighting surroundings. There is a Corning Gorilla Glass 3 protection on top of the display and it certainly helps in keeping the screen damage free from daily wear and tear. However, do not drop the phone to protect the screen from any physical damage.

The touch response of the Nokia 2 is very fluid due to the 2.5D glass on top of the display and ultra smooth interface. Overall, the Nokia 2 has one of the best displays in its price segment and it is great for content consumption.

The Nokia 2 is powered by a quad-core Snapdragon 212 processor clocked at 1.3GHz and 1GB RAM. It is a very basic low-end chipset from the house of Qualcomm but you can easily perform the basic day-to-day tasks without any hiccups. The 1GB RAM provides a decent multitasking experience but it cannot handle a lot of apps together. We would love to see a 2GB RAM variant of the same. In general, the UI is also lag free for most of the times as we get a stock Android experience along with the latest security patches. In terms of gaming, you can play most of the games without any lag but the high-end games can be played only in medium settings. The Nokia 2 has just 8GB of internal storage, out of which you will get around 4GB of free space. It is very low as we should have got at least 16GB if not 32GB storage but you can increase it externally (up to 128GB) by adding a microSD card. Also, a fingerprint sensor is missing here but it is available in many smartphones from this segment.

Talking about connectivity, there is 4G VoLTE support. It is a Dual SIM phone but only the first SIM slot supports 4G LTE while the second slot supports 3G. We also get a dedicated microSD card slot. The battery capacity of the Nokia 2 is 4100mAh, which is obviously on the higher side and hence you will get around two days of battery life with moderate usage. However, we do not get fast charging support and thus you have to spend above three hours to charge the phone from 0-100%. The phone is also splash proof as it is IP52 certified.

Overall, the Nokia 2 is a decent performer but it could have been a lot better

The Nokia 2 rocks a 8 megapixel primary rear camera. The images which were shot in bright outdoor lighting had a lot of detail and the color saturation was also on point. However, in low lighting conditions, the photos were filled with a bit of noise and details were also missing. So we would suggest you to use the LED flash in low light conditions or just shoot with ambient lighting. The focusing mechanism is quite fast and accurate. Macro shots had a lot of depth of field effect while HDR images had a good amount of dynamic range. Now coming to the selfie camera, we get a 5 megapixel selfie shooter on the front. It can click very decent selfies and you can even use beauty effects and other filters to enhance them.

The camera app of the Nokia 2 is very easy to use as it has a simple interface. There are a lot of shooting modes in the stock camera app but Auto Mode clicks the best images in most lighting conditions. Both the cameras can record HD videos and they are decent in terms of quality. Overall, the Nokia 2 has a good set of cameras but they may not be the best in their segment.

The tiny loudspeaker of the Nokia 2 is located at the right bottom on the back side. It may be tiny in size but it does sound quite loud and the audio quality is good too. There is no sound distortion at high volume like many other low-end smartphone speakers. Since the speaker is placed at the back, the audio obviously gets muffled when the phone is kept on a flat surface. Google Play Music app is the stock music player for the Nokia 2 and thus most of the features are available but if you have any personal favorite music app, you can download and use that as well.

The Nokia 2 can play both HD and Full HD videos smoothly but it will surely struggle with 4K videos for sure because of the low-end processor and 1GB RAM. The native video player is fine enough for watching videos and movies but you can download your favorite one. We get a bundled earphone with the phone and the quality is quite decent. Overall, the Nokia 2 has a decently good audio and video performance.

The Nokia 2 smartphone runs on Android 7.1.1 Nougat OS out of the box and the company has already mentioned that it will also receive an Android 8.0 Oreo OS update in the near future. This is an added advantage for the Nokia 2 since most budget smartphones never get any major OS update. In terms of software, it is one of the best budget smartphones for sure as we get a stock Android experience. The interface does not show any stuttering or frame drops in basic day-to-day usage. Although, it may be a little slow when you run intensive apps and games as the processor is low-end. There are a couple of pre-installed apps (bloatware) but you can easily delete them if you have no plans of using them. The interface looks really clean and modern but if stock Android is not your thing, then you can just download any third-party theme of your choice to change the look.

Overall, the UI of the Nokia 2 is very fluid and Android 8.0 Oreo OS update in the near future makes it one of the best in this segment.