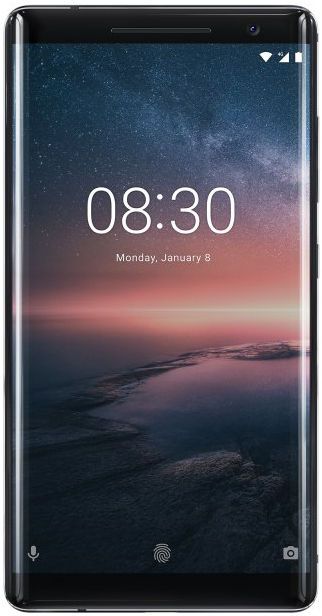 If you are fond of the good old days that Nokia phones used to be of then Sirocco could be a good, try to bring back and relive those memories. At Rs 36,999 the phone is expensive, and I do not think the price does complete justice to this phone. There is so much more to expect from software and cameras from high-end phones which Sirocco stumbles upon. Nokia is yet to catch up on the smartphone air and learn the trick of the trade to turn the table on its side. It surely has an exquisite design but so does so many other handsets at this price. The hardware spec is good though and will provide a seamless performance. But it lacks the zing and features which are so in demand these days.

Nokia’s fall from grace few years ago was a poignant reminder of the uncertainty that looms in tech world all the time. No one is too big to fail. The Finnish brand has made an effort to turn the table since 2017 with the release of several handsets. But they were less about asserting power in smartphone world and more about the nostalgia that hangs with Nokia brand. The release of Sirocco is a different take by Nokia though and it seems the brand is meaning serious business for serious phone lovers this time. Nokia Sirocco 8 is a meaty phone which is a worthy challenger to the top-notch smartphones out there. It has quite a lot going on under the hood and is not a face-lift of last year’s Nokia 8. The Sirocco is a brand-new version of itself with lots of potentials. It is available for pre-booking in India and is Nokia is yet to announce its release date. It has already been launched in European market with a price tag of $749. In India the estimated price will be Rs 36,999 and will be available only on Flipkart.

Nokia Sirocco 8 runs on Qualcomm Snapdragon 835 octa-core chipset which is clocked at 1.9Ghz coupled by 6GB RAM. It is quite a powerful combo to ensure the phone runs buttery smooth. Although the chipset is dated and is of last year’s. It measures 140.93 x 72.97 x 7.50 mm and weighs 170 grams. The Sirocco 8 has an eye-catchy design with an all-glass Corning Gorilla Glass 5 body that feels quite premium and impressive to hold and see. The glass body lends the phone almost a futuristic appeal. It has some sleek bezels that hand been slimmed down considerably than Nokia 8, which had ridiculously thick bezels. The curved edge of Sirocco is a little too much for my taste and you have to be careful not to end up touching the screen on the sides every time you hold the phone. Remember, Samsung and LG’s had to go through several handsets to master the curving screen design. Nokia too has to learn the trick and find its sweet spot here. The handset is very slick though. The back-glass body houses the dual cameras and flash from top to bottom along with the finger-print sensor. The phone has an IP67 dust and water resistant which is a bonus. Nokia has opted out of the headphone jack in this handset and has decided to take the route of iPhones. I doubt how much propitious that will be for the brand. The usual feeling for such a feature from customers is usually a negative one. The volume rocker and power button sit snugly on its right and I like how it does not protrude from the side unlike the camera lens on its back. The sim tray in on the left and has a crooked appearance. I think the phone stands out for its curves which anyway is bit too curvy like Samsung’s oldies Galaxy S7 Edge and S6. These phones had issues like accidental palm touched and a somewhat sharp feeling on the sides because of the curved screen. Sirocco too has these issues, but they are not serious enough to be taken heed of. The phone has a hopping internal memory of 128GB which is expandable up to 400GB. It has a dual band WIFI support and has got NFC too.

The phone package includes an audio adapter. Sirocco has wireless charging. The bottom of the phone has USB-C port and the speaker grille. Overall, the Nokia 8 Sirocco is a remarkable design with a strong hardware spec.

The 5.5-inch QHD p-OLED display has a resolution of 1440 x 2560 with 534 pixels per inch with a Corning Gorilla Glass 5 protection. The screen has a 16:9 aspect ratio. The capacitive touchscreen is super smooth and snappy. The display has quite a pop and excellent color saturation. The screen has good viewing angles at 45 degrees with right calibration. The screen is bright enough in dark and not reflective in direct sunlight. The screen appears clear and sharp with some cool themes and wallpapers to choose from. The screen navigation happens in a flutter and is a joy to use. The ultrawide 16:9 aspect ratio of the screen makes for a great movie watch and the audio quality seems pretty right even if you use without a headset.

The non-removable 3,260 battery is powerful for this phone. The battery will last you through the day with basic operations and if you are using it extensively for internet surfing and app usage you will be left with little to none by end of the day. The software and hardware together do a good job of running this phone smooth and snappy. You can play high-end graphics intense games like PUBG with ease. The sound and video quality are impressive and the phone performs well considering what you pay for.

Nokia 8 Sirocco has dual 12MP wide and 13MP tele lens camera tuned with Carl Zeiss lens. It has a 12 MP main shooter and 13MP telephoto lens. It might sound quite hefty and mind-blowing but do not confuse this for a DSLR camera lens. The camera app is rather very simple with basic modes and operations. There is an excellent Live Bokeh mode and also one can add bokeh effect after taking shots. The effects are natural and robust unlike what you get in some other phones, where it is quite tacky and unconvincing. One can also adjust the blur in real-time. In daylight shots are fabulous with beautiful color capture, contrast and depth. The wild curves in the sides creates an obstacle though to focus and trigger shutter as you end up touching the screen every time. Night shots are not bad but little less impressive than what you get from iPhone X, and Samsung S9+. There is much noise and muddiness with less clarity and color saturation in night pictures. The telephoto lens does do much justice to the camera either when you are taking zoomed in pictures. The results lack sharpness and are often blurred. Selfie shots are okay, and you get a far better front camera with similar priced phones. Videos shot in rear camera are good with nice sound quality. Videos are shot in 30 fps with 2160p and 1080p resolutions respectively. The cameras do not have image stabilization features like OIS or EIS. This produces shaky shots while shooing videos or pictures. The camera app does not have any enhancements or wide range of filters to choose from, which is quite a demanding factor for buyers these days. It is quite an underwhelming app in the face of bigger giants around.

Nokia 8 Sirocco runs on Android One platform with Oreo out of the box. This means it is a stock Android in true sense. Android One was launched in 2014 with a different vision, to make Android experience more attractive and simple in lower end phones. But fast-forward to 2018, Google has partnered with Nokia, HTC and other high-end brands to provide Android one in expensive phones too. A stock Android experience is good with no unwanted pop ups and enhancements but then it is too vanilla devoid of any customization. Nokia is yet to have its own skin on top like that of Samsung’s TouchWiz. Nokia has played safe with Sirocco and to my opinion has done better by refraining from having its custom skin on top. It is an art that one has to perfect over years. Nokia is playing safe and it is has rather chosen to stay out of unwanted critiques for its custom skin. There are still custom skins like Oxygen OS and Nova Launcher of One Plus, which resemble stock Android in its outlook, but one can do so much more with the OS. The Sirocco is a little difficult to operate with one-hand. When you try to pull down the top notification shade it is not as smooth with one hand unlike what you get from Xiaomi, OnePlus, or LG phones. There is obviously the fingerprint button on the back of Sirocco to ease the hackle, but many buyers might not find that helpful at all. There are almost no shortcut options on Sirocco, something which is likeable in Xiaomi and Meizu handsets. The good news is Android One will get the regular security updates from Google and any other software updates for three whole years.