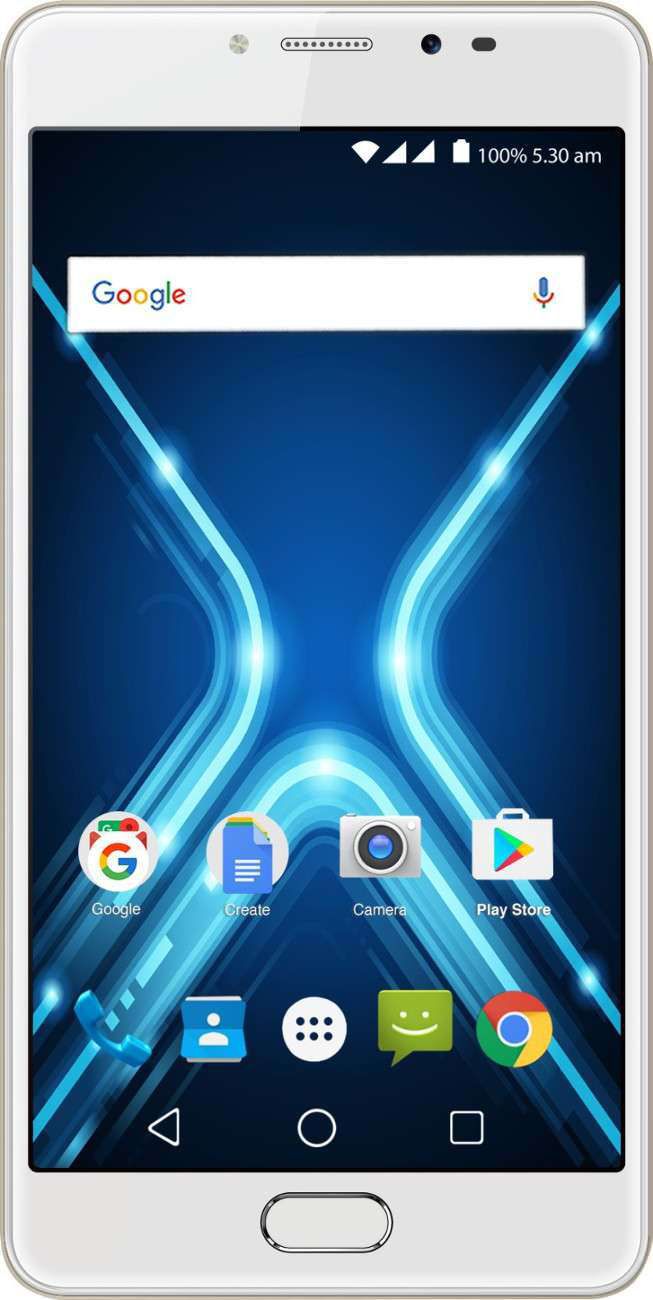 The Panasonic Eluga Ray X is a great smartphone comprising of great 2-day battery life, good cameras, beautiful ergonomic design and great build quality. The display is great but we do not get Full HD resolution. The overall performance is good but the processor is not very powerful. One of the differentiating feature of this phone is its in-house smart AI known as Arbo but currently provides a mediocre experience. Also, we do not get fast charging support. We would surely recommend the Panasonic Eluga Ray X as it is a good smartphone. However, do check out the competition that includes the Moto E4, InFocus Turbo 5 Plus and Xiaomi Redmi 4.

Panasonic, a giant in the electronics industry has got some traction in the smartphone business as well in the last couple of years. Back in March 2017, the company had launched the Eluga Ray X exclusively on Flipkart. The main USP of the device is its 4000mAh battery along with an in-house smart AI assistant named Arbo. So let us find out in our Panasonic Eluga Ray X review if the smartphone is worth your hard-earned money or not. However, take a quick look at the specifications of the product first.

The Panasonic Eluga Ray X runs on Android 6.0 Marshmallow OS and is powered by a MediaTek MT6737 quad-core processor and 3GB RAM. The phone boasts of a 5.5-inch HD display and packs in a 4000mAh battery under its hood. There is 32GB of internal memory onboard but you can also expand it further up to 128GB. In the camera department, we get a 13 megapixel camera along with a 5 megapixel selfie shooter. The Eluga Ray X has 4G VoLTE connectivity along with Dual SIM support. Other options include 3G HSPA+, WiFi 802.11 b/g/n, Bluetooth 4.0 and GPS. The Panasonic Eluga Ray X features a lot of sensors such as magnetometer, accelerometer, ambient light and proximity sensors.

The Panasonic Eluga Ray X has a no-nonsense design with a great build quality. It is made up of metal but you can remove the metal back for popping in the SIM and microSD cards. The phone does look very good but it is a very generic design in today's budget smartphone world. The fingerprint sensor located on the front makes it very convenient to use. The Ray X is not a compact phone but you can still use it with one hand if you have big hands but you'll have to use two hands for better reachability. The phone is quite thick (10.5mm) and heavy (193 grams) due to the metal construction along with the 4000mAh battery but you will get used to the weight quickly. The rounded edges of the phone helps in achieving a better grip and thus it is not too slippery. The matte finish on the back helps with the grip as well.

Starting with the front side first, there is a 5.5-inch display along with the selfie camera, LED flash, couple of sensors and earpiece on top. The mobile comes with on-screen buttons for navigation and hence there are no capacitive buttons. However, we get a home button below the display, that also houses the fingerprint sensor. At the bottom, we have the microUSB port along with the primary microphone and loudspeaker while the 3.5mm headphone jack is located at the top. The volume rocker and power/lock button are on the right while the left side remains clean. Turning towards the back, we have the primary camera sitting on the middle of the top portion, followed by the LED flash below it. The Panasonic and Eluga branding are seen below. The back cover is removable and a 4000mAh battery (non-removable) sits underneath it along with the SIM card and microSD card slots. Overall, the Panasonic Eluga Ray X has a beautiful metal body with good hardware.

The Panasonic Eluga Ray X rocks a generic 5.5-inch IPS display, which has a resolution of 1280 x 720 pixels (HD). It is a great display with good viewing angles. The colors are sharp and vivid. We get good brightness and contrast levels as well. The images, texts and videos look very crisp but it would have looked better on a Full HD display as usual. The display has good sunlight legibility as well and since it has an ambient light sensor, the brightness gets adjusted automatically according to the surroundings. We get a layer of Corning Gorilla Glass 3 on top of the display to protect it from daily wear and tear and it does it successfully but you should not expect it to save the screen from a drop. Hence, always use your phone carefully and protect it with a proper case.

The touch response of the Ray X is very fluid due to the smooth interface along with the 2.5D curved Gorilla Glass 3 protection on top of the display. Overall, the Panasonic Eluga Ray X is a perfect display for consuming rich content at this price point.

In terms of performance, the Panasonic Eluga Ray X is powered by a MediaTek MT6737 quad-core processor along with 3GB RAM. The CPU is frankly mediocre but it can handle most of the day-to-day processes without any issues. Most of the popular apps and games load up quickly but heavy apps and games  face some lag and frame drops. The 3GB RAM provides a great multitasking experience and you can perform intense multitasking by running more than ten or more apps simultaneously. We did not see visible UI lags as well but occasionally there was some stuttering here and there. You cannot play hardcore graphics intensive games but you can easily play the normal 3D games without any lag. The Eluga Ray X comes with 32GB of internal memory, out of which around 23GB of free space was available after first boot. You can increase it up to 128GB by adding a microSD card and we get a dedicated slot, so you do not have to sacrifice a SIM slot. The fingerprint sensor located on top of the home button is quite accurate and fast as well.

Talking about connectivity, the Eluga Ray X from the house of Panasonic supports Dual SIM (micro + nano) and is of course 4G VoLTE enabled. Both the slots are 4G enabled but simultaneously only one slot can be used for 4G while the other will work on 3G. The 4000mAh battery (non-removable) under its hood is the USP of this phone. It easily gives up to two days of battery life with moderate usage and you will get around one and half days with heavy usage. However, there is no fast charging support and hence you will have to spare around three hours to charge it fully from 0-100.

Overall, the Panasonic Eluga Ray X performs very well but could have had a better processor.

The Panasonic Eluga Ray X features a 13 megapixel primary rear camera. Like any mobile camera, it can click great images in natural outdoor lighting and we get a lot of details. The color saturation is on the higher side but the photos look sharp. The colors are bright and vivid and look quite natural. Now coming to the low light environments, the photos look quite good but has some noise, like any other Android phone camera. The focusing is quite fast and accurate as well. Hence, you will not get any blurry images when you shoot fast-moving objects. HDR photos look beautiful and is the best mode for clicking landscape images. Macro shots have a lot of depth of field effect too. There is a 5 megapixel selfie camera on the front and it is very good in taking selfies, specially in good natural lighting conditions but it struggles in low light. You can also make use of the built-in filters and effects to click better selfies.

The Eluga Ray X's camera app is very easy to use as it has a simple interface with basic features. It comes with various shooting modes including a pro mode for mobile photography enthusiasts. However, we would suggest you to use the Auto mode as it works for most lighting conditions. The primary camera can shoot Full HD videos but the quality is just above average. Overall, the cameras of the Panasonic Eluga Ray X smartphone are quite good but they are not the best in class.

The machine drilled speaker holes are present on the right bottom of the Eluga Ray X smartphone. We also have identical speaker holes on the left bottom but that is just the primary microphone and this is a design element for symmetrical purpose. We do not get stereo speakers but are quite content with mono speakers as they sound quite loud and good in terms of quality. The audio does not distort even at the highest volume level. The native music app has most of the necessary features and hence you do not have to download any third-party app. Although, you can download any music streaming app like Saavn to stream music online.

Now coming to the video watching experience on the Eluga Ray X, you can play both HD and Full HD videos without any sweat but it will struggle with Ultra HD or 4K videos. It does come with an earphone but it is mediocre and hence we would suggest you to get a good set of earphones to get the best audio experience. Overall, the audio and video quality of the Panasonic Eluga Ray X is quite good.

The Panasonic Eluga Ray X runs on Android 6.0 Marshmallow OS out of the box and it has not received an Android 7.0 Nougat update so far. Hence, you will have to deal with Marshmallow until you purchase a new smartphone. Coming to its features, it very much looks like stock Android and has similar functionality. We can customize the UI a bit as there is a skin on top of vanilla Android. It is mostly very fluid and smooth in day-to-day activities but there were slight frame drops here and there. However, the main USP of this OS is the in-house smart AI assistant named Arbo. It understands the usage of the phone and makes it more intelligent based on time and location. It does work well but is not much useful at this moment. We are sure Panasonic will make it better in the future. You can use Google Assistant for now as it is much better. The phone comes with some pre-installed apps (bloatware) but you can easily get rid of them and save up on some internal storage. Also, if you do not like the UI of this phone, you should definitely go for Pixel Launcher to give it a very modern look (similar to Android 8.0 Oreo OS).

Overall, the user interface of the Panasonic Eluga Ray X looks a lot like stock Android and is very smooth but you will not get Nougat update.