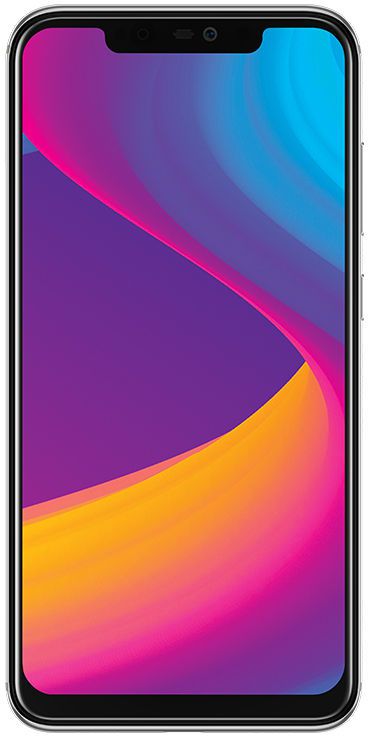 The Panasonic Eluga X1 though is not a bad device in any way, thanks to fantastic build quality and design, impressive display, clean software, and user experience. However, the Helio P60 at this price seems a bit underpowered considering we are seeing phones with Snapdragon 845 at more or less same price and the cameras are just average despite the presence of A.I am branding. So, if you are in the market looking for a good looking phone with more powerful hardware, we suggest you look at the Asus Zenfone 5Z.

Panasonic after being quite successful in consumer electronics including TVs, cameras, refrigerators had stepped up the game when it entered the smartphone space a couple of years ago. While the phones are not trending setters by any means, the company's focus on improving the features, the inclusion of A.I, shows how serious it is. With a lot of hype, the company recently launched the Eluga X1 and the Eluga X1 Pro. In this review, we will find out if the Eluga X1 lives up to the hype or not, Let’s get started.

Panasonic Eluga X1 Specifications: The Panasonic Eluga X1 sports 6.18-inch (1080 x 2246 pixels) Full HD+ 2.5D curved glass display with Corning Gorilla Glass 3 protection. It is powered by the MediaTek Helio P60 12nm SoC clocked at 2GHz 64-bit Octa-Core processor with 800MHz ARM Mali-G72 MP3 GPU. There are a 4GB RAM and 64GB internal storage. It runs on Android 8.1 Oreo out of the box. In the camera department, there is a 16-megapixel rear camera and a 5-megapixel secondary camera with scene recognition technology. On the front, there is a 16MP shooter for selfies. It has a Fingerprint sensor. Connectivity features include 4G LTE, Dual SIM, WiFi, Bluetooth, and GPS. A 3000mAh battery is on board.

One look at the Panasonic Eluga X1, you will conclude that the company is stepping up its game indeed. The build quality is extremely impressive. It packs a stainless steel frame which gives good grip and fit in hands. The glass finish on the rear looks drops dead gorgeous. While it attracts fingerprints quite easily, we are ready to deal with it just for the looks. There is a notch on the front, so you get edge-edge bezels on the sides, but a relatively visible chin at the bottom. Thanks to its slim profile, it fits well in hands, and one-handed usage is also comfortable despite the large 6.18-inch size. We are really impressed with what Panasonic is offering. However, the good looks come at a cost. The Panasonic Eluga X1 weighs 195 grams which are very bulky for continuous usage.

Moving to placements, up front, you find the 16-megapixel selfie camera, ambient and proximity sensor, main earpiece. Down below the 6.18-inches screen are the three touch type capacitive buttons which are placed within the screen. You have the hybrid SIM slot on the left, while power on/off switch with Volume rockers on the right side. There is nothing on top, while the microUSB port, speaker grills along with primary microphone is placed at the bottom. Yes, the phone doesn’t come with a 3.5mm audio jack. Flipping the phone to the rear is where you find the 16+5-megapixel dual rear cameras with LED flash, Fingerprint sensor, and Panasonic branding. The back panel isn’t removable. Overall, the build and design of the Eluga X1 is excellent and is one of the best looking in the segment.

The Panasonic Eluga X1 sports 6.18-inch (1080 x 2246 pixels) Full HD+ 2.5D curved glass display with Corning Gorilla Glass 3 protection. Going by the resolution, you guessed it right; the device comes with a notch where the proprietary ‘AI Sense’ face unlock feature is present along with 16MP selfie shooter. Since the resolution is 1080p, the colors look accurate, text and images look sharp with no hint of pixilation. The screen produces great colors, and the viewing angles are solid. We didn’t notice any off angles or weird color shift when viewing from extreme angles as well.

The 2.5D not just offers good grip but also adds to overall ergonomics. The brightness levels are good too; we were able to access the content and text outdoors or even under direct sunlight. Thanks to the narrow bezels on both sides, we did have a good time playing games, watching movies/videos. It could play 1080p videos as well, and the playback was smooth. Since it comes with Corning Gorilla Glass protection, it does a good job in preventing scratches and breaks up to a certain extent. The display response is smooth; we didn’t notice any lag while scrolling. Overall, the display of the Panasonic Eluga X1 is impressive.

It is powered by the MediaTek Helio P60 12nm SoC clocked at 2GHz 64-bit Octa-Core processor with 800MHz ARM Mali-G72 MP3 GPU and 4GB RAM. Helio P60 is relatively a very new chipset from MediaTek, and it is quite powerful, but we do feel like it is a little underpowered considering the pricing. Moving along, the device was able to open apps quickly, and they don’t take time to load them as well. It was able to handle most essential to adequate tasks without causing any jitters or lag. Since the U.I is clean and close to stock Android, it didn’t have much trouble handling the interface and the animations.

Despite putting the device through its horses, it didn’t slow down at any point. Though there were occasional hiccups here and there, nothing to be worried. Moving to gaming, we played games ranging from Asphalt 8, Nova 3, PUBG, Need for Speed and many more. We didn’t notice any frame drops or sluggishness in rendering graphics either. Gameplay was mostly smooth and lag free. However, on continuous gaming, the device tends to slow down a little. It doesn’t get heated up much but gets warm.

The Panasonic Eluga X1 comes with a Fingerprint sensor that is present on the rear side, and it unlocks the device almost instantly. You can register up to 5 fingers. Additionally, the phone also comes with Face Unlock which is also fast enough. Overall, the performance of the Eluga X1 is decent, but the company could have gone with a better chipset at this price.

In the camera department, there is a 16-megapixel rear camera and a 5-megapixel secondary camera with scene recognition technology. On the front, there is a 16MP shooter for selfies. The camera interface is simple; you will have to swipe between right and left to scroll through different modes like beauty, front camera, video and more. In the good lighting conditions, the Eluga X1 can click decent images with acceptable details. The photos don’t look sharp as zooming in a little display’s the noise and grains in the photos which makes things washed out. There is portrait mode, but the edge detection isn’t the best even for the price. It has scene recognition technology which adjusts the settings depending on the scene and takes the picture, but it over saturates the colors making things look unnatural. It also has a face beauty feature which softens the skin tones, and we aren’t a big fan of that. Moving to low-light, the camera clicks moderate images and not on the levels we would like. There is noise in the pictures, and the presence of LED flash doesn’t help much either. It can record 1080p videos, but the quality is pretty average.

Moving to the front, the 16MP sensor takes advantage of the A.I to click in interesting portrait shots with acceptable details and colors. The selfies are decent, and they are social shareable as well. The A.I is a savior, and it lives up to the hype. Overall, the camera of the Panasonic Eluga X1 is decent, but certainly not the best in the segment

The Panasonic Eluga X1 packs a 3000mAh in-built battery with no support for fast charge. While we are not the biggest fans of such generous capacities for a phone that costs Rs. 22,990, but everything depends on how well it is optimized. With casual to moderate usage that includes calls, messaging, GPS, browsing, stream music/videos the device can last until the end of the day with no issues. We didn’t notice any overnight battery drain or drastic drops as well. We are surprised to see the standby time considering the low capacity. On the other hand, with heavy to continuous usage, we did manage to pull until the evening with a consistent screen on time of over 4-5 hours.

While this isn’t exceptional or ground-breaking, for the kind of battery capacity, it does an excellent job. As mentioned above, there is no idle drain when the device is left unused, and no drastic drains as well. There is a battery saver option which when enabled saves the battery during emergencies. Since it doesn’t support fast charging, with the bundled charger, the phone took close to 2 hours 45 minutes to charge completely from 1% to 100%. In the battery department, it might fall short when compared to phones like the Redmi Note 5 Pro, Asus Zenfone 5Z; it does a decent job.

The device doesn’t come with a 3.5mm audio jack, and the company is bundling a converter adaptor within the box but no headphones. With just 3000mAh battery and bulky design, we are not sure why the company had to ditch it. Moving along, the loudspeaker is placed on the bottom, so the audio doesn’t get muffled when placed on a flat surface. The speakers quality is excellent and is also loud enough to cover an entire room easily. The default music player could handle most audio formats. We had to test the music quality with the headphones we had with us, and the quality is decent.

In the video department, the device could handle most 1080p videos in any format except for the latest X265. We installed MX Player to adjust the aspect ratio well, and the playback was smooth. We played content with 4G turned on and didn’t notice any heating or freezing issues. Overall, the audio and video department of the Eluga X1 offers a decent experience. We wish the company had thought it through about the 3.5mm jack.

The Panasonic Eluga X1 runs on Android 8.0 Oreo with a custom interface. This interface is close to stock, but there are few changes which make it unique. There is an app drawer, and thankfully all the apps reside inside it. But the icon pack is custom which is a nice touch given how Google’s stock icons look boring after a while. The notification shade is also custom, I mean the basic functionality is same; you pull down to access notifications and pull further down to use quick toggles, but the icons and arrangement is a custom touch from Panasonic.

You can change the navigation buttons pattern from the system settings. Apart from Google native apps, other applications like music player, Arbo Hub, FM Radio, file manager, Daily hunt, Theme which allows you to change the look and feel, and system manager which lets you adjust launcher, and customization settings. These apps can’t be removed unless rooted.

The device comes with 4GB of RAM around which 2.18GB is free when just the default apps are running in the background. With an interface that is custom but is close to stock, the U.I animations, and transitions are smooth. We didn’t notice any lag or stutters in the U.I while using the phone non-stop. It can handle more than 5-6 apps at a time, and switching between them is smooth as butter. Overall, the software department of the Eluga X1 is a perfect blend.