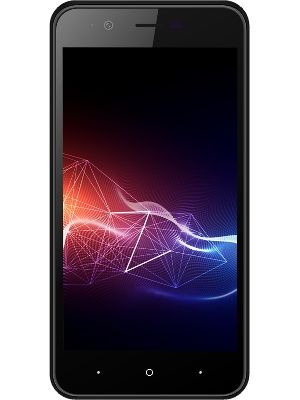 If you are still looking for other options, then you can consider the Xiaomi smartphones. There is the Redmi 4A which has similar features.

Panasonic launched their P91 smartphone in late 2017. The Panasonic P91 is another addition to the P series smartphones by the Japanese company. The P91 is a budget smartphone with regular features which can get you through the day-to-day activities with ease. The smartphone is equipped with a multi-mode camera and latest new gestures based features like smart-gesture and smart-action.

Let us have a quick look at the features of the P91.

The P91 is an average sized smartphone having a 5-inch display. The P91 is a dual-SIM smartphone which supports 4G LTE connectivity. It also has an 8 MP primary camera and a 5 MP secondary camera. The performance of the Panasonic P91 is managed by 1 GB RAM and 16 GB internal memory with the help of a 1.1GHz quad-core processor. It is interesting to note that you can expand the internal memory up to 128 GB. The Panasonic P91 is powered by a 2500 mAh battery and it runs on Android 7.0 Nougat. The Panasonic P91 was priced in the Rs 5000- Rs 7000 range. Seems Interesting?

Let us now have a look at the detailed review of the Panasonic P91.

The Panasonic P91 is an average sized smartphone which has a 5-inch display. You can easily hold the P91 in one hand, although, some may find it a bit heavier as compared to other similar smartphones. The P91 weighs 161 grams and therefore it could feel heavy for some people. The P91 has a glossy back finish which gives a shiny look and makes it noticeable. The P91 can be purchased in three colors of Black, Gold and Blue. The Black and Gold colors are common among smartphones; however, the Blue color is less common. You can definitely try the Blue variant if you are looking for a change from the regular varieties of smartphones. The Panasonic P91 is a dual-SIM smartphone and it accepts Micro + Micro SIM cards. There are two slots for Micro SIM cards and a dedicated slot for the MicroSD card.

You get a good grip and the device doesn’t slip from the hand. The reflective back panel can also attract a lot of dust and fingerprints, so you need to wipe it off. The Panasonic P91 doesn’t have a fingerprint sensor even though it is available on budget devices. The display of the Panasonic P91 is FWVGA (Full Wide Graphics Array) and it has satisfactory viewing angles. There are several budget devices in the market which come with an HD or Full HD IPS display and they have superior viewing angles as compared to the P91. The Panasonic P91 has a small resolution of 480 X 854 pixels. The display is protected using Asahi Dragontrail glass but you can also invest in additional options to protect your device. One interesting thing about the Panasonic P91 is that it has a graphite film which is designed to prevent the overheating of the device and also prevent the internal circuits from damage. This works well in favor of the Panasonic P91 because the phone’s life is prolonged. The Panasonic P91 is literally a “cool” phone.

The Panasonic P91 has a unique combination of certain features. The P91 has only 1 GB RAM but it has 16 GB internal memory. Generally, budget smartphones in this range have 1 GB RAM + 8 GB ROM or there are some smartphones which have 2 GB RAM + 16 GB ROM. The Panasonic P91 has 1 GB RAM but instead of having 8 GB ROM, it has 16 GB internal memory. This increases the internal memory available for various applications and processes. Furthermore, you can also use a MicroSD card up to 128 GB. This is also very generous as compared to 32 GB or 64 GB that is available on the other smartphones in the similar price range. The driving force behind the Panasonic P91 is its quad-core MediaTek processor and it has a clocking frequency of 1.1 GHz. The clocking frequency is less than 1.3GHz which is found on other similar smartphones and this can be a factor in determining the quality of performance. You can play most of the basic games with ease on your Panasonic P91. However, if you want to play games which need a higher processor and RAM, then the P91 will not be an ideal match for your requirements.

The Panasonic P91 runs on Android 7.0 Nougat. With Nougat you can avail all of its features like the split-screen feature which allows you to use two or more apps at the same time on the display. For example, you can open a web browser in one window and then open any social media app in another window. Half the screen will be occupied by the browser and the remaining half of the screen will be simultaneously occupied by the social media app. Another interesting feature is that you can reply to messages without actually having to open the messaging app. The Panasonic P91 has gesture support by means of which you can assign a certain gesture to launch a particular app.

The sound output from the loudspeaker is not that good. If you use earphones then the sound quality and audio output are relatively better. Panasonic provides earphones in the box. The Panasonic P91 comes with GPS support. You can download and install apps which require GPS in order to function. Are you fond of FM? You can enjoy listening to your favorite radio stations on the Panasonic P91. The dedicated MicroSD card slot gives you more features in terms of storage space and connectivity. Had there been a Hybrid SIM slot, then you would have to compromise between a SIM card and a MicroSD card. The P91 really scores well in terms of flexibility as far as storage and connectivity are concerned.

The Panasonic P91 has basic cameras for your photography needs. There is an 8 MP primary camera which comes with the autofocus feature. The secondary camera is 5 MP and it doesn’t have LED flash. LED flash is only present for the rear camera. There are many budget smartphones which come with LED flash even for the selfie camera, so if photography is a priority for you then you must go for those types of smartphones. Else an 8 MP camera is good enough to capture decent images. The P91 does a good job of capturing everyday shots. The brightness and colors are nice with a contrast. The absence of front LED flash doesn’t let you capture bright selfies in dim surroundings.

A 5 MP front camera is found on most smartphones but the rear camera can be up to 13 MP in this price range. You can capture lots of good images with the 8 MP cameras. The autofocus feature helps you focus on important objects in the viewfinder. You can always touch the different objects on the viewfinder to change the focus on to different objects. Panasonic has provided several features on the P91 which allow you to adjust the skin tone and the color tone of the image being captured. You can also adjust the background quality and its sharpness to click the image with desired effects. You can make and receive video calls to your family and friends with the Panasonic P91.

So overall the camera performance of the Panasonic P91 is satisfactory.

The Panasonic P91 comes with a 2500 mAh battery. According to Panasonic, the P91 supports quick charging which charges the phone faster than other similar devices. This is not the same as the “fast charging” which is available on some smartphones running on Qualcomm Snapdragon. The Panasonic P91 is a 4G enabled smartphone so it will consume more battery if you use the 4G network and it will consume comparatively less battery on 2G and 3G speeds. The battery backup is decent for moderate to light usage. If you use your smartphone for a lot of gaming and other apps then you might run out of charge soon.