HomeMobilesRealme 5 with Quad Camera at Rs.9999 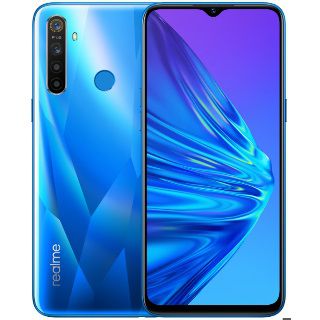 The recent Realme CEO tweet reveals that Realme 5 series smartphones Realme 5 and Realme 5 Pro will be the first quad-camera smartphone will come under Rs. 10,000 in India. More specifically, Realme community recent leaks suggest that the base variant of Realme 5 might cost you around Rs. 8,999. So, this is really a fierce competition for other smartphone brands in terms of specifications and price range that the Realme will be going to offer to the customers. Moreover, the exact price value will be revealed on the launch date.

What’s so good about upcoming Realme 5 Series mobile phones? The answers lie below, as follows:

Like the display, Realme 5 series powered by two different Qualcomm processors. The Realme 5 will feature the first smartphone with Qualcomm Snapdragon 665 chipset in India. It is an 11nm octa-core processor that comprises of a dual-core and Hexa-core that clocks a speed of 2.0GHz and 1.8GHz. It has an Adreno 610 GPU for better graphics and 4GB of RAM enables you fast multitasking. As far as phone storage is concerned, the device has 128GB and 256GB of internal storage capacity for storing pictures, music and videos. The storage capacity can be expanded up to 256GB with the help of a microSD card slot.

On the other hand, the Realme 5 Pro will come with best mid-range Snapdragon 712 chipset. It is a 10nm octa-core processor that comprises of a dual-core and Hexa-core that clocks a speed of 2.3GHz and 1.7GHz. It has an Adreno 616 GPU for better graphics and 6GB of RAM enables you fast multitasking. The device has 128GB and 256GB of internal storage variants, respectively. The storage can be expanded up to 256GB with the help of microSD card slot.

As far as cameras are concerned, Flipkart banner confirms that both Realme 5 and Realme 5 Pro features a quad camera setup on its rear. Realme 5 series is equipped with a four lenses rear camera setup with a 48-megapixel primary sensor with f/1.8, an 8-megapixel wide-angle sensor, a 5-megapixel depth sensor for background bokeh effects, and a 2-megapixel super macro lens. The camera lens will also be capable of capturing 119-degree images with wide-angle lens sensor.

On the front, the Realme 5 sports a 16-megapixel selfie camera whereas the Realme 5 Pro boasts a 32-megapixel front-facing camera for clicking sharp images. Both Realme 5 and Realme 5 Pro are backup by a Non-removable Li-Po 5,000 mAh battery for full-day use. The recent leaks also suggest that the Realme 5 Pro supports a VOOC Flash Charge 3.0 fast charging technology which could charge 55 percent of the battery in just 30 minutes.