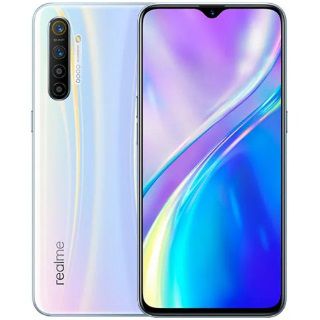 Finally, the Realme XT smartphone with 64-megapixel camera sensor has a launch date in India. After the tremendous success of Realme 5 and Realme 5 Pro, the Oppo sub-brand Realme is all set to launch its first smartphone in India with 64MP camera sensor. The phone comes with a mind-boggling 64-megapixel quad-camera setup on its back, a Super AMOLED display, the latest Qualcomm Snapdragon 712 SoC, faster in-display fingerprint sensor and a 20W VOOC 3.0 fast charger technology.

The Realme XT will launch on September 13, 2019, and will go on sale on Flipkart e-commerce website as they have already set up a microsite teasing the smartphone's arrival. If you're in search of Realme XT price, specifications and buying offers, you're at the right place. Here you'll get all the Realme Xt smartphone details you need to know.

Why choose Realme XT over Realme 5 Pro? Here is the reason.

What’s good in Realme XT and why should you buy it?

What’s so good about upcoming Realme XT smartphone? The answers lie below, as follows:

Flipkart new banner confirms that the Realme brand will be going to launch its next smartphone Realme XT on September 13, 2019, via Flipkart. Also, Realme in their twitter post shares the time and date of the launch event and link, where Realme fans can register themselves for participating in the Realme XT launch event.

The Realme XT will give a close competition to Vivo's recently launched smartphone Vivo Z1x in terms of specifications and price tag. It is expected that the Realme will launch the 4 GB/64 GB base variant of Realme XT in the price range of Rs. 16 - 17,000 in India. It is also foreseen that the phone will be available in Pearl Blue, Pearl White colour options.

The Realme XT is the world's first smartphone that features a 64-megapixel camera sensor. It uses the recently announced Samsung GW1 64-megapixel camera sensor, equipped with ISOCELL Plus technology and a staggering 64 million pixels.  The Realme XT is equipped with a four lenses rear camera setup with a 64-megapixel primary sensor with f/1.8, an 8-megapixel wide-angle sensor, a 2-megapixel depth sensor for background portrait shots, and a 2-megapixel dedicated macro camera lens. The phone can record 4K UHD videos at 30fps using the rear-facing camera. The phone can also record 720p superslow videos at 960fps.

On the front, the Realme XT boasts a 16-megapixel front-facing camera with Sony IMX471 sensor, f/1.8 aperture for capturing sharp and stunning pictures.

The phone sports a large 6.4 inches full-HD+ Super AMOLED display with a waterdrop notch. The screen has a resolution of 2340x1080 pixels and an aspect ratio of 19.5:9. The phone features an upgraded optical fingerprint scanner under the display which is more accurate and faster than the previous generations. Realme XT uses a plastic chassis, but there includes corning gorilla glass five protection on the front and back. The phone's rear has a gradient color finish, and it is available in two color variants namely — Pearl Blue and Pearl White.

The realme XT has been powered by a new Qualcomm Snapdragon 712 (10nm) chipset that handles the overall performance. The Snapdragon 712 processor is a faster-clocked version of Snapdragon 710 chipset features two Cortex-A75 big cores and six Cortex-A55 little cores. It has a higher clock speed of up to 2.3GHz. There is an Adreno 616 GPU which offers better graphics and smooth gaming performance.

The Realme XT base model is coupled with 4GB RAM and 64 GB storage, enough for the smooth running of the day-to-day tasks and playing high-end games. The other two variants are 6 GB RAM + 64 GB storage and 6 GB RAM + 128 GB storage capacity respectively.

In terms of battery, Realme XT is powered by a Non-removable Li-Po 4000 mAh battery. This is the same battery which we have seen in the Realme 3 Pro and the Realme 5 Pro. Also, the phone will come bundled with a 20W VOOC 3.0 fast charger, which can refill the battery in a short time.

Realme XT Connectivity and Other Sensors