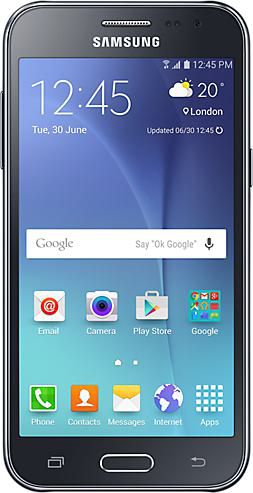 The Samsung Galaxy J2 (2018) is nothing but an ordinary phone from Samsung that aims to create a market for itself in the sub Rs. 10,000 price range. Considering the price of the phone, there are many better alternatives like the Redmi 5, Redmi Note 5, Huawei’s Honor 9 Lite and many more. For starters, the display has an age-old qHD resolution, packs a mediocre chipset and average cameras. The only silver lining is that it has an AMOLED screen. So, if you are in the market looking for a smartphone in the Rs. 10,000 price range, you can gladly pick any of the above-said phones.

Samsung’s budget and the affordable segment have seen a sharp decline from the past 2-3 quarters in India. Xiaomi, Huawei, and other Chinese brands are responsible for this change, but most importantly Samsung bought this to itself by launching overpriced products and phones that are mediocre in terms of specifications. Despite losing its market in India, Samsung never gave up and new to join the budget segment is the Galaxy J2 (2018) edition that comes with an AMOLED display. So, let’s take a closer at the phone and see if it is worth buying over the Xiaomi or Huawei phones.

The cheapest 18:9 aspect ratio display with very slim bezels in India right costs Rs. 7,000 and here is Samsung launching a phone with a regular 16:9 phone at Rs. 8,190. The design is not only very routine but is also boring to look. In terms of build, it is all plastic with the removable back but thanks to the 5-inches size, it is perfect to hold in hands and very compact. The rounded edges don’t hurt your hands even if you use the phone for an extended period. The phone proudly shows off the bezels on all corners which becomes very annoying after using it for a while.

Moving to placements, the front houses a 5-inches display, a 5MP front camera with sensors, LED flash, and Samsung branding. Down below the display, you find the physical home button accompanied by two capacitive keys. The power button is on the right side, while the volume rockers are on the left side. The top houses 3.5mm audio jack and the bottom has micro USB port along with the primary microphone. The back panel is removable which gives you access to SIM cards, microSD, and battery. The back has a rear camera along with LED flash and speaker grill.

The Samsung Galaxy J2 (2018) sports a 5-inch (960 × 540 pixels) qHD Super AMOLED display. On the one hand, we are glad that it has AMOLED panel, but it hits you hard with a sub-par qHD display. The quality of the panel is impressive with good color reproduction, viewing angles, but the pixilation is clearly visible when viewing the panel from extreme angles. Since it has a just 5-inch display, we do get optimal real estate for gaming and media consumption. The touch response is smooth and is also responsive to taps.

We are in the times where even the budget segment phones have started upping their game with full HD display, but Samsung is sticking to the roots with an age-old qHD panel is very disheartening to see. There is no protected glass on top either, so you will have to stick to a tempered glass to protect the glass. Overall, Samsung did an excellent job by including AMOLED screen, but a qHD resolution is a let-down.

The Samsung Galaxy J2 (2018) is powered by the Qualcomm Snapdragon 425 SoC clocked at 1.4GHz Quad-Core processor with Adreno 308 GPU, 2GB RAM. It has been a long time since Samsung launched a phone with a processor that is not Exynos. The Qualcomm Snapdragon 425 is a worthy chipset for phones in the budget and affordable segment, but the Galaxy J2 costs Rs. 8,200, so feels like it is under-powered. Moving along, apps open up quick, and they load fairly quick in 2-3 seconds. Apps run smooth, and they don’t lag much either. The software is very well optimized to keep the phone smooth from running most essential tasks. It a handle your regular use cases and even more as well. However, it struggles if you start running high-end applications or have more number of apps than it can handle. For a budget phone, the performance is not very satisfactory.

In terms of gaming it can handle games like Subway Surfers, Leo’s Fortune, Temple Run 2, Pokémon Go, but fails to handle anything beyond that level. There is no Fingerprint sensor nor Face Unlock, just the regular pattern or pin options for security which again is a shame. Overall, the phone performs good, but it can’t handle slightly high-end applications, and it doesn’t even have a Fingerprint sensor which is a bummer.

The Samsung Galaxy J2 (2018) features an 8MP rear camera with LED flash and a 5MP front camera with LED flash. The interface is like on any other Samsung phone, it has a PRO mode, and tons of options like HDR, continuous shots, beauty face and more. The picture quality in daylight and outdoor conditions is good. The pictures have a decent amount of details and color reproduction as well. There are not many dull moments in the photos, but we would have liked to see them slightly brighter. Enabling HDR brightens the images a bit which is helpful in slightly dim conditions.

Moving to low-light, like with any other budget segment the pictures are full of noise and are unusable on social media as well. There is an LED flash, but it isn’t very overpowering, so the images still look a bit dull. The front 5MP selfie shooter is decent, and since it has an LED flash, the low-light images are a bit better. The rear camera can record 1080p videos, and the quality of the video is pretty much average.

The Samsung Galaxy J2 (2018) packs a 2600mAh which is very moderate considering the price the phone sits. With continuous to heavy usage that includes GPS navigation, music streaming, phone calls, messaging, social media, the phone lasted just around till the afternoon making you charge it one more time or twice before you end the day. There is no way you would have battery left regardless of how minimal your usage is. However, if your usage is limited and casual, you can push it through until the evening.

There is a battery saver option which when enabled gives you few extra minutes of charge when in an emergency. With the bundled charger the phone takes close to 2 hours 40 minutes to charge fully from 1% to 100%. Overall, the battery isn’t the strongest feature of the Galaxy J2 (2018).

The company is bundling a pair of earphones within the box, but they are of basic ones and not the in-ear style, so you might your ears hurt on prolonged usage. The speaker grill is present on the rear side right beside the rear camera module, so the sound might muffle if you place the phone on a flat surface. The quality of the audio via the headphones is decent. The loudspeaker was able to cover an entire room comfortably.

In terms of video, the J2 (2018) was able to play 1080p videos without any lag or freezing issues. We tried MX Player for smooth playback, and it worked brilliantly. Overall, the audio and video quality of the J2 (2018) is decent.

The Galaxy J2 (2018) runs on Android 7.1 Nougat with Experience U.I on top. Android P is right around the corner, and Samsung stuck with Nougat, but thankfully the Experience U.I is feature rich which might make you forget that your phone is running two-year-old OS. The interface is very similar if you have used a Samsung phone recently. There is app drawer that can be accessed by swiping up. Apart from Google apps, it has a bunch of Samsung default apps, and they can’t be removed unless rooted. It has features like multi-window, gestures, theme store with tons of themes, wallpapers, icon packs and so much more.

The phone comes with 2GB of RAM out of which around 786MB is free on first boot. Since the interface is heavily themed, the U.I animations and transitions felt slightly slow which in reality shouldn’t be the case. It can handle multitasking with more 5-6 apps at a time. Overall, despite the fact that it runs age-old OS, rest of the software department does a good job.