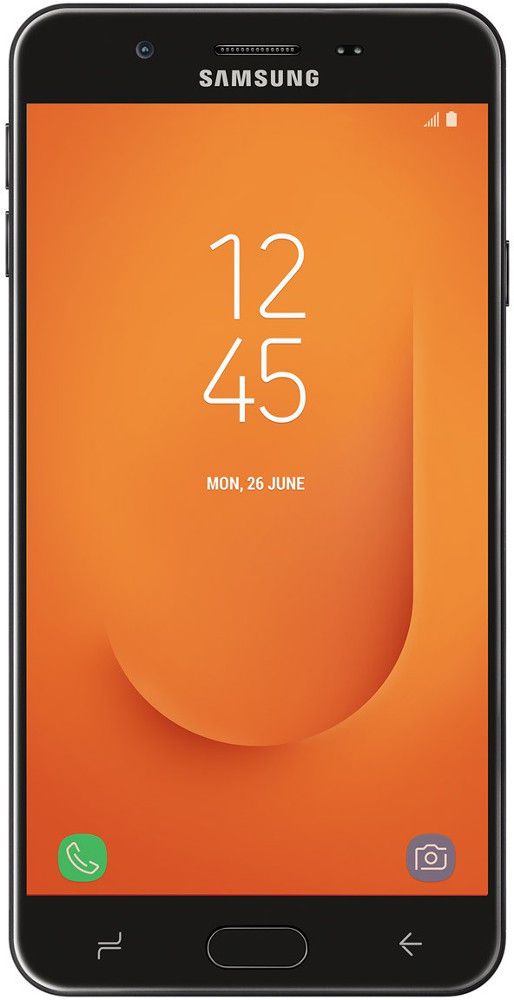 There are quite a few things working in favor of Samsung Galaxy J7 Prime 2. The octa-core Exynos processor is a smooth performing processor and is able enough to do basic tasks as well as handle graphics intense applications. The camera is good performing too. But other than the phone does not have too many attractions to hinge upon. There is Redmi 5 launched in April which a Snapdragon 850 processor that clocks at 1.8 GHz. It also has a 12MP camera, with 3,300 mAH battery available at Rs 8,999. There is also the Moto G 5Plus which is a phone under Rs 15,000 with 3GB RAM and 64GB storage. So, the phone clearly has stiff competitions and there are competitive choices. J7 Prime 2 does not make any special case to buy it. If you are an admirer of Samsung phones and is looking for an upgrade and find the 13MP cameras exciting then J7 Prime 2 might impress you.

Samsung recently launched a new member in its J-league of smartphones in India, the J7 Prime 2, a facelift of J7 Prime. Samsung’s J-series handsets are the top selling ones in its army of smartphones. At mid-range J phones seem to pack quite a punch. The J7 Prime was unleashed in 2016 and the excitement was sadly eclipsed by Samsung’s Galaxy Note 7 fiasco; the whole issue with blown out batteries of Note 7 put Samsung in an incredibly tough situation. The J7 Prime however could not build up enough patrons in its journey forward. Priced at Rs 18,000 initially, the phone failed to garner any admiration like its other band of brothers in the J-squad. Samsung J-phone handsets are known for their solid performance, decent battery life, latest Android software and good display in mid-range budget. These handsets also have dual-band WIFI and NFC which are a winner. Samsung has not yet made a big noise about its new J7 Prime 2, rather quietly it has listed the phone in its website, probably because J7 Prime 2 does not offer anything new. The phone is a toned-down version of J7 Prime. After launching Samsung S9 earlier in April, the J7 Prime 2 priced at Rs 13,990 hits the sweet spot in mid-range phone market. It is available in black and gold and is available from Samsung retail stores throughout India.

All Samsung J-phones run on Exynos Octa-core chipset and J7 Prime 2 is no exception. The phone is powered by Exynos 7 series processor which clocks at 1.6 GHz, a little less than J7 Prime’s 1.8 GHz. The processor is coupled with Mali-T830 MP1 GPU, and 3GB RAM. The Exynos is a SoC produced by Samsung for phones and tablets. Launched in 2016, the Exynos processors have good power utilization and better performance, vouches Samsung. They also create a super downstream speed of 300 Mbps and upstream of 50 Mbps. The phone has an internal memory of 32GB which is expandable up to 256GB with a dedicated microSD card slot, housed on the right edge of the handset. The phone sports a metal body in the back and a plastic front, contributing to the same monotonous design of Samsung’s mid-range phones. It has a dimension of 151.7 x 75.0 x 8.5 mm and weighs 170 grams. The 5.5 inch display feels sturdy and solid in hand and easily operable with one finger. The back of the phone has its 13MP camera and the flash sitting on the right with the embossed Samsung logo below. The microUSB port and 3.5 mm audio jack is at the bottom edge. The volume rocker and sim-card tray sits on the left edge and the power and speaker grille in the right. The handset has a hybrid dual sim slot which is accessible through a pin provided in the package. Down below we have the non-lit capacitive navigation buttons, and the hardware home button.

The 5.5 inch has 2.5D Corning Gorilla glass display with a resolution of 1920 x 1080 FHD at 401 pixels per inch. It is a PLS TFT capacitive touchscreen with considerable brightness and clarity. Although AMOLED displays are superior but it is justified to have this display in mid-range phones. There are different display options from the Settings menu to play around and get what suits you best. The phone has excellent viewing angles and bright enough in dark and not reflective in direct sunlight, which sadly is a problem with mid-range even high-end phones. The screen is readable in all angles with good contrast to suit your eye. The TFT capacitive touchscreen has no lagging and you can navigate with a brisk.

The Samsung Galaxy J7 Prime 2 is powered by a 3,300 mAh Li-ion battery which to my opinion is not much when you have budget phones offering way more. The battery will last you through the day with basic operations and you will be left with none by end of the day. One can surely utilize the battery more my reducing screen resolution to 720 x 1440. According to Samsung the phone can be used for 12 hours of 3G internet usage, 14 hours video playback, and talk time up to 21 hours. The phone also has impressive gaming experience with excellent sound quality. It obviously can manage low graphics games like Subway surfers, Temple Run 2 which runs good with vivid colors and enough sound. Even graphics intense games like High End 3, Warcraft plays really well with quality touch response and gyroscope. The appearance is sharp and intense as well as there is no lag time while playing these games and the phone runs smooth. Even when you play for long the phone does not have any heating issue. The phone performs well with good network connection and calls are clear and loud. It has a solid active noise cancellation which makes the task of having a conversation in a loud environment easy. The voice quality is soothing and not raspy with overall good clarity that one might need during calls.

The USP of J7 Prime 2 is its 13MP rear and front camera with LED flash which is Samsung’s only mid-range smartphone. Both the lenses have an aperture of 1.9 which is great when you are trying to shoot in low light. But again, everything depends upon the camera sensor more than the aperture. The lens isn’t a Leica or Sony which can capture superb shots in any condition so do not be blown away by the aperture specification. The camera is fun to use with many enhancements. Samsung is tapping into the snapchat frenzy where adding stickers to your photos is the hippest thing everyone is interested in. After taking selfies or portraits, one can add stickers to images. There is option of adding live filters while taking shots. Instant Sharing is again an exciting option in an era of social media. After you take shots as you toggle right there appears you recent contacts and social media option with whom you can share you pictures with. There are options to add cool smileys and animations while taking shots. But there are no bokeh effects, which is a turn off because even budget phones offer the much-desired feature these days. There are other features like Pro, Panorama, HDR, Night, and Food modes. You can even download more modes you can download Sports shot, beauty mode and Animated GIF from Galaxy App. There are 16 filters to choose from and can download even more from the Galaxy App. The front camera gives you two modes to choose from Wide Selfie and Night Mode. The camera gives you amazing crisp and clear shots, especially in well-lit environment. The color saturation is good with enough details. In Auto mode though sometimes the exposure is overblown. The autofocus has a lag time but it does its job well. In low light the noise creeps in around the boundary. There is lack of settings if the Pro mode which could put off some people. Particularly when shooting using Live Focus feature there is delay in post processing. The wide aperture in front camera lets you take better selfies in low light situations. The photos are well focused and well captured with good color detail and saturation. Both the cameras can shoot FHD videos up to 60 frames per second. The cameras do not have image stabilization features like OIS or EIS. This produces shaky shots while shooing videos or pictures. The video quality is decent with nothing extravagant to add. The camera gives you impressive results mostly and at this price it is okay.

The Samsung J7 plus runs on Android Nougat 7.1.1 with Samsung’s TouchWiz skin on top. The phone also comes pre-installed with Samsung Pay Mini, a junior of Samsung Pay which is for high-end Samsung phones, like Galaxy S-series and A-series. The Pay Mini was launched in 2017 with Galaxy J7 Pro and Galaxy J7 Max. While Samsung Pay utilizes NFC technology to enable cashless payment at PoS (Point of Sale) using a smartphone the Pay Mini scans barcode just like Paytm to make payments or send money. The app comes with UPI and Paytm integration. If you are using Paytm, you simply scan the barcode and follow the rest. While using UPI you scan a code and send money using VPA. Once can have several bank accounts linked to the UPA to facilitate transactions. Samsung is keen on leveraging India’s cashless phenomena and surely doesn’t want to lose the opportunity even on its mid-range phones. With Pay Mini you can avail both Paytm and UTI feature through a single app and eliminates the need to have multiple apps in your phone. The only off about Pay Mini that it does not have the ease of pay mode of using ‘tap & pay’ method using debit or credit cards, which comes with Samsung Pay. There is also Samsung Mall which makes shopping a visual experience. You take a shot of what you want to buy and then the app will present you with motley of online options to buy from. Samsung Mall is a pretty new application and it needs some time before consumers can actually decide if the app is worth enough.

Coming back to the Samsung UI, TouchWiz, has undergone a sea-change after its inception in 2010. The UI has faced regular onslaughts from critics and it was one of the weakest points that everyone would look for in Samsung phones. The reason was it was stupendously cluttered and was in no way user-friendly. The endless sub-menus and Samsung crammed its phones with possible extras under the hood unnecessarily. Its multiple features like SVoice, ChatOn, S Health, Knox and many more made tasks hugely cumbersome and did nothing to ease operation. But with the launch of Samsung Galaxy S4 Samsung began cutting down the clutter and slimming the UI for good. It also aligned itself with Google’s vision of Android design. It incorporated performance oriented applications like Google’s App Standby. It gradually listened to user demands and refined the UI over a period of time. And that refinement still continues and the present Touchwiz is more at ease and smart. The present UI comes with Samsung applications like Samsung Health, Samsung Notes, Voice Recorder, Email, Internet and My Files. There are some pre-installed Google apps, Facebook and Opera Max and Microsoft apps too. And last but not the least, Samsung’s very own virtual assistant Bixby which has so far earned the tag of being ineffectual and iffy. As you toggle the homescreen towards left Bixby appears at your service. Bixby is too young to compete with the likes of Alexa or Siri. It packs some incredible features but still needs reformation to work seamlessly and effectively, just like its contemporaries did. Bixby can be synced with your Google calendar and shows your daily schedule, tomorrow’s weather, most visited webpages, current news and more. You can set notifications for reminding you though you certainly do not need a virtual assistant for that. Overall, the user interface is snappy and seamless.