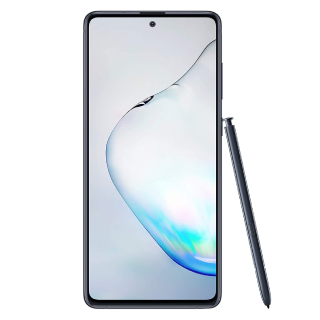 South Korean tech giant Samsung is looking to make a major splash in the Indian market with its upcoming Galaxy S10 Lite smartphone that is teased about being launched on January 23. Samsung has set up a landing page on Flipkart with a tagline "Welcome to the pro-grade camera", and has highlighted some of the features of the device. However, the complete features and price aren't revealed yet, we have to wait till launch date, i.e., on January 23.

For the first time, Samsung has used a 48-megapixel primary sensor in its high-end device rather than 12-megapixel, which we had seen in earlier flagship devices like Samsung Note 9, S10 Plus and recently launched Galaxy Note 10+. The Samsung S10 Lite features a triple camera setup on its rear with a huge camera bump. It packs a 48-megapixel primary camera with "Super Steady OIS", a 12-megapixel ultra-wide camera and a 5-megapixel macro shooter. If you're looking for Samsung Galaxy S10 lite release date, expected launch price and specifications, read the complete article.

Samsung Galaxy S10 Lite is now being teased on Flipkart m-website, and the teaser post clearly suggests that the phone will launch on January 23 in India. Although the device is being teased in India for a while, there hasn’t been an official announcement yet.

According to the rumours, Samsung Galaxy S10 Lite is expected to be launched at a starting price of Rs. 35,990 for the 6GB/128GB variant, while the 8GB/128GB will be made available for Rs. 39,990. If the company launches at this aggressive price range, this would be a direct competition for the major Chinese smartphone brands like OnePlus, Redmi and Realme. However, we have to wait a bit more for the exact prices of the Galaxy S10 Lite variants.

As we all know, the e-commerce giant has now updated the banner in the Flipkart app to reveal the launch date of the smartphone in India, there will be some lucrative S10 Lite launch offers for Indian consumers too. It is expected that the smartphone will go on sale from Flipkart's Republic Day Sale, so the users will get an additional 10% instant discount on leading Credit/Debit cards. In addition to this, Flipkart Axis Bank cardholders will get an extra 5% unlimited cashback on Galaxy S10 Lite purchase.

Samsung has highlighted some of the camera features of S10 lite such as Live Video that lets users add special effects to photos and videos in real-time. In addition to this, the company boasted that “Super Steady OIS” will allow users to capture “crystal clear live videos without the shake, even in low light”.

On the front, the Galaxy S10 Lite boasts a 32-megapixel front-facing camera with an f/2.2 aperture, housed inside the punch-hole cutout. The selfie camera comes with stabilization which keeps videos smooth and steady when streaming or video chatting. Moreover, the front facing camera comes with features like live focus photos and videos with numerous special effects.

Do Everything, remarkably fast with Snapdragon 855 chipset

Samsung upcoming S10 lite has been powered by an octa-core Qualcomm Snapdragon 855 (7nm) chipset, which means you'll get faster, smoother, and more efficient experience. This is the first time Samsung uses Qualcomm Snapdragon chipset in a high-end device rather than its own Exynos chipsets as we had already seen on previous Samsung flagships. This small, 7nm chipset delivers leading performance benchmarks for the new smartphones. It unlocks the maximum power and performance for mobile gaming.

cores. It has a higher clock speed of up to 2.84GHz which is slighter less than the Snapdragon 855+ SoC.

For cutting-edge gaming and graphic performance, the Snapdragon 855 is equipped  with the Adreno 640 GPU that runs at faster clock speeds and delivers powerful gaming performance.

The Samsung S10 Lite sports a massive 6.7-inch QHD+ Fluid AMOLED display to deliver a truly cinematic experience. All new Galaxy S10 lite comes with a spacious 20:9 aspect ratio capable of Full HD+ resolutions and a pixel density of 394 PPI. Like the Galaxy Note 10 series, Samsung S10 Lite uses the Infinity-O Super AMOLED Display with laser-cutting punch-hole camera. However, this display isn’t a curved one like on the more expensive S10 phones.

Samsung Galaxy S10 Lite smartphone runs on Android 10 version with Samsung One UI 2.0 on top. One UI is the latest Android interface of Samsung that transforms your mobile experience. Some of the best Samsung One UI feature includes a more versatile Samsung DeX, Secure Folder, Disable the Bixby button, Game Tools and Game Launcher, System-wide dark mode, and One-handed use.

The Galaxy S10 Lite will house a Non-removable Li-Ion 4,500 mAh battery from what we know, and the phone will come bundled with super-fast charging support.

The devices boast a wide array of connectivity options that include Wi-Fi 802.11 a/b/g/n/ac, dual-band, Wi-Fi Direct, a hotspot for sharing mobile data, Bluetooth 5.0 with A2DP, NFC to exchange photos, videos, files or any other data and GPS. If we talk about other sensors, the Galaxy S10 Lite series is packed with a fingerprint scanner (under display), accelerometer, gyro, proximity, compass, and barometer.