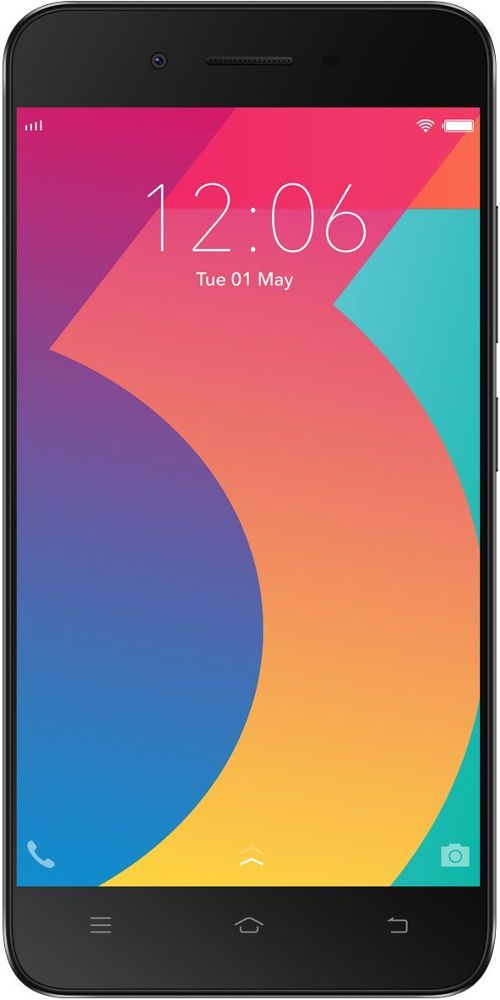 The Vivo Y53i feels like a phone that is resurrected from 2016 with age-old hardware, uninteresting design, very old internals. There is literally not one good thing about the phone that makes it look superior to the recent launches from brands like Xiaomi, Huawei, Lenovo, Motorola, and others. This makes the verdict very easy, so if you are in the market looking for a phone in the sub 10,000 price range, the Redmi Note 5, Honor 9 Lite are better alternatives.

Vivo is one such brand that raised to the top in a very short span and grabbed the attention of the market with a range of selfie-centric smartphones. While the company is also launching phones at every segment including the sub Rs. 10,000 price, the budget segment phones always undersell for Vivo mainly because they are not feature rich like the tier one phones and also come into the market silently without making much noise. One such phone to launch in the recent times is the Vivo Y53i which is the successor to the last year’s Y53 and also packs similar specs. It’s weird to launch successors to the original phone with exact same specifications including the chipset, and OS. It feels like the company is rebranding the same phone and re-launching it to shell out the remaining stock. Either way in our review we shall take a closer look at the phone to see how it fares.

The Vivo Y53i sports a 5-inches qHD (960 x 540 pixels) IPS display and is powered by the Qualcomm Snapdragon 425 Mobile Platform clocked at 1.4GHz Quad-Core with Adreno 308 GPU. There is 2GB RAM and 16GB internal storage that is further expandable up to 256GB with microSD. It runs on Android 6.0 Marshmallow with Funtouch OS 3.0

The Vivo Y53i packs an all plastic body and has a regular candy bar design with 16:9 aspect ratio and thick bezels on all corners. Not that we are not fans of ordinary design, but with changing times you expect that the companies would adopt it and reflect in every smartphone they launch. Moving along, the 5-inches size is compact and fits well in hands. It doesn’t hurt your hands even after prolonged use. The plastic build is very fragile and might break the display if you drop it more than twice. Since the phone costs Rs. 8,000 we at least expect a metal build considering what the competing brands are offering.

Up front, you have the 5MP selfie shooter, usual sensors, earpiece and down below the 5-inch display are the touch type capacitive buttons that aren’t backlit. The micro USB port and speaker grill are present on the bottom. The right side houses the volume rockers, and power button, while the SIM tray is present on the left. On the rear, you have the 8MP primary camera, LED flash, and Vivo branding. The 3.5mm audio jack is present on the top.

Lenovo K8 Plus, Honor 9 Lite, Redmi 5, Redmi Note 5; these are the smartphones that come with HD+, Full HD+ displays in the sub Rs. 10,000 price segment. The Vivo Y53i, on the other hand, packs a 5-inches qHD display which not only is age-old but is also very generous offering at this price. The colors on the phone look pale and are lifeless to even look at. There is pixilation that is noticeable even with slightest of zooming. There is an auto brightness sensor, and it helps in automatically adjusting the brightness depending on the ambient lighting.

It doesn’t come with Corning Gorilla Glass protection or any other protected glass on top, so you are better off applying a tempered glass on top. While the touch response is smooth, we did notice occasional hiccups while scrolling or navigating. Overall, the display of the Vivo Y53i is just average.

The Vivo Y53i is powered by the Qualcomm Snapdragon 425 Mobile Platform clocked at 1.4GHz Quad-Core with Adreno 308 GPU and 2GB RAM. Apps open up fast, and they are quick to load as well. While it can’t handle top-end applications that need the latest hardware to play it smoothly, the phone was able to run essential tasks like calls, messages, social media, and others. As we mentioned above, the phone was able to handle multitasking also well but starts to lag if you push the apps count beyond four. On slightly heavy usage, the phone struggles a lot to handle anything literally beginning with the dialer app. We are far from recommending the phone when we have so many other better alternatives that perform much better.

Regarding gaming, we played moderate games like Pokemon Go, Riptide GP 2, Subway Surfers, Temple Run 2, Leo’s Fortune and few others. The gaming was decent enough, though there are occasional frame drops, the gameplay is still decent. The phone comes with Face Unlock but lacks Fingerprint sensor. While Face Unlock may not be the best security authentication, it still gets the job done. Overall, the performance is mediocre.

The Vivo Y53i features an 8MP rear camera with LED Flash, f/2.0 aperture, and a 5MP front-facing camera. The picture quality is decent, with acceptable color reproduction and brightness levels. The images have decent details in them, but once you start zooming in, you will notice noise in the pictures which might be annoying for social shares. Though there is HDR and PRO mode, they never really change the results which despite many tweaks remain the same with noise. The low-light images are entirely washed out, and despite the presence of flash, we didn’t feel the pictures are worthy enough.

The device can record 1080p videos, but the quality of the output is very average, and we didn’t feel like it was 1080p footage on first look. On the front, there is a 5MP shooter for selfies. The images are decent, but as we mentioned, there is noise in the photos which makes things worse even for viewing them on the phone’s display. Overall, the camera of the Vivo Y53i is very average at best.

The Vivo Y53i packs a 2500mAh battery which is very less compared to the Redmi 5, Redmi Note 5, and many other smartphones in this price segment. Moving along, the battery performance on regular to casual usage that includes calls, social media, navigation, listen to music, and social media browsing, was able to last a little over till the afternoon which is very ordinary. Though there is no idle battery drain, it dropped drastically on continuous usage.

On the other hand, on continuous and heavy usage, the performance gets even worse as we had to charge more than twice even before we end the day. With the bundled charger, the phone took close to 2 hours 30 minutes to charge fully. As we said, the battery performance is very average and doesn’t do any good unless you come with zero expectations.

The company didn’t bundle any earphones within the box, so you will have to invest some more in a pair of earphones. The speaker grill is present on the bottom right beside the micro USB port. The speaker volume is loud, and it can cover half a room, but the only downside is that you might block the speaker grill when holding the phone in landscape mode. The audio quality when tested with the earphones we had with us was good and had no distortion sounds even when the volume is at maximum. Regarding video, the device was only able to play 720p, and 480P videos are leaving out 1080p. While this is the downside of having a qHD panel, the pricing of it is yet another huge letdown. We didn’t notice any lag or heating issues while playing or streaming videos.

The Vivo Y53i runs on Android 6.0 Marshmallow with FunTouch OS 3.0 on top. The interface is straightforward where all the icons and widgets are present on the home screen with no app drawer present. Apart from Google default apps, there are a bunch of Vivo default apps and 3rd party apps like Facebook, Xender, WhatsApp are present. Few of these apps can be uninstalled without rooting as well. Coming back to the OS version, Android 9.0 aka Android P is around the corner, and Vivo is launching phones with 6.0 along the lines of phones with 8.1 Oreo. This means that Vivo is just renaming the same old phones and is clearing the stock since there is no possible explanation. The FunTouch OS is feature rich with support for themes, fonts, icon packs and many more. While the customization can be refreshing, it is sad when you realize the phone might not get a software update anytime soon.

There is 2GB of RAM out which around 800-900 MB is free when just the default applications and services are running in the background. Since the interface is heavily themed, there are occasional hiccups and lag in the U.I while navigating or scrolling through the U.I as we mentioned in the display section. The phone was able to handle decent multitasking with not more than 3-4 apps at a time. Overall, the software experience of the Y53i is not very impressive, and the user experience goes for a toss.