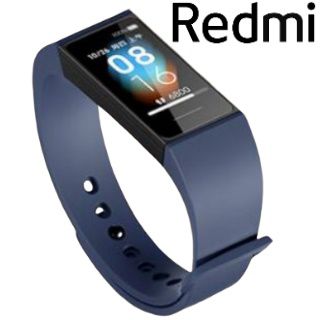 Redmi Smart Band at Rs.500 off

Redmi Smart Band at Rs.500 off

The Redmi Smart Band recently made its debut in China. Now, the budget fitness tracker from Xiaomi is expected to hit Indian shores. The device has already bagged the BIS certification and now, it has made an appearance on the Bluetooth certification website. Redmi Smart Band will be the entry-level fitness tracker band from Redmi India that will compete with fitness bands like the Realme Fitness Band, Mi Band 4 and the Honor Band 5 in India. Xiaomi Redmi is likely to offer this fitness tracker at a much affordable price than the Mi Band. To recall, the device is available for RMB 99 in China, which is around Rs 1,100 in India. The price isn't confirmed yet, but it is expected that the Redmi new smart fitness band will be priced between the Rs 1000 to Rs 1500 mark. Let’s take a brief look at the features of the Redmi fitness tracker.

The Redmi Band is expected to compete with Realme’s recently launched fitness tracker in the same pricing bracket. To recall, Redmi Band launched in China at RMB 99, which roughly translates to Rs 1,100. Hence, we expect the price of the band in India to be under Rs 1,500 as well. The Redmi Band is available in Blue, Green, and Orange colour options.

Redmi Band Competition with other Brands

As of now, there is no official confirmation from Redmi India regarding the launch of the fitness band in India. But if the Redmi Band arrives in India for under Rs. 1,500, we can expect it to compete against the likes of other affordable fitness bands including the Realme Fitness Band, Xiaomi Mi Band 4, Honor Band, etc.

The smart wearable from Redmi comes with a 1.08-inch rectangular color display. It offers support for 5 sports modes and an optical heart rate sensor to monitor heart rate. The wearable can also monitor activities like sleep, running, walking, sedentary reminder, and a lot more. With this fitness band, users will also be able to track their sleep patterns. It is expected that the band will come in four different colors, including orange, olive green, blue, and black.