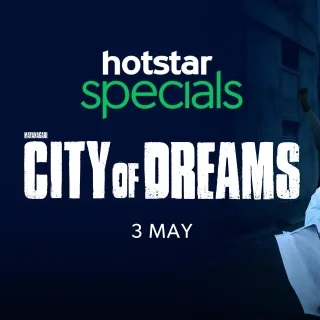 Game of Politics in Gaikwad Family Gets Murkier in ‘City of Dreams’ Season 2! Watch City of Dreams 2 Indian Web Series for Free or Download in HD

Get ready to dive into the dirty game of power and politics as the most-anticipated political drama series City of Dreams is set to return with season 2, scheduled to premiere on Disney+ Hotstar on July 30. The show creators have dropped a new trailer of the series, along with a release date, which shows the intense vengeance tale of father and daughter fight over power. As the story of the political power battle in the Gaikwad family goes forward, the City of Dreams 2 series will be going to entertain you in every aspect.

All About City of Dreams 2

The City of Dreams Season 1 followed the story of an assassination attempt on a powerful politician that triggered a dirty game of power and politics between his rightful heirs—his son and his daughter, engulfing all and harming many. City of Dreams is an intense vengeance saga of the Gaikwad family, and it shows how the whole family members life changes because of an internal feud and then followed by an assassination attempt that leaves the father’s throne vacant. The upcoming City of Dreams Season 2 will be even more daring, glittering and determined Poornima, whose political ambitions take precedence over anything else. Watch the trailer now and full episodes after the series premiere on July 30, 2021. If you have also missed the first season of City of Dreams due to any reason, now is the time to binge-watch this perfect show on Disney+ Hotstar VIP.

The star cast of City of Dreams Season 2 couldn’t have been better. Starring Atul Kulkarni and Priya Bapat in the lead roles, returning as father-daughter duo Ameya Rao Gaikwad and Poornima Gaikwad. While Eijaz Khan and Sachin Pilgaonkar reprise their parts as Sl Wasim Khan and CM Jagdish Gurav, actor Sushant Singh is the new addition to the City of Dreams season 2 cast. Here is the complete cast list of web series ‘City of Dreams 2’.

The glimpse shows how Poornima and Ameya get into a head-on collision with the patriarchal system of politics to gain control over the state. Poornima is the interim CM of Maharashtra and the head of Maharashtra Jan Shakti Party. On the other hand, Ameya Gaikwad (Poornima’s father) is not ready to accept his political loss. Ameya sides with the opposition and nominates Poornima’s ex-husband Mahesh Aravle as the chief ministerial candidate in the upcoming state elections. How the two sides lock horns to gain control over the Chief Minister position and engage in a ruthless tug-of-war of politics forms the central theme for this season. Furthermore, we will see an intense political fight and revenge between father and daughter in the Gaikwad family, along with back-stabbing, double-crossing and bloodshed in great detail.

Watch politics consume a family in the deadliest #FatherDaughterRivalry on #CityOfDreams2. Streaming on July 30`, 2021 on #Disney+ #Hotstar.

To help you gain access to all episodes of the City of Dreams 2 Indian web series, below are some of the ways by which you can get a complimentary subscription to the Disney+ Hotstar OTT platform.

Flipkart Super Coins lets you avail the annual subscriptions of  Disney+ Hotstar VIP subscription for free. If Flipkart is your favourite shopping destination then you can avail Disney+ subscription by redeeming 399 SuperCoins.

Below are the ways by which you can utilize your Flipkart SuperCoins to get an annual premium membership of Disney+ Hotstar VIP:

The City of Dreams 2, the most anticipated and highly loved Hotstar Original series can be streamed and downloaded online uninterruptedly in high-definition clarity by subscribing to the viewers premium plan. The membership enables more than one user to gain access to exclusive and original shows and movies across 2 devices at the same time. If you are not interested in opting for the Hotstar Premium subscription, you can try this simple trick to watch City of Dreams 2 series online for free. Hotstar allows you to access one subscribed account on up to 2 devices at once. So, ask your friend to share a screen allowing you to gain access to these OTT apps via his premium account. By availing the shared screen accessibility from your friend, you can watch City of Dreams Season 2 for free and download the same to your device to watch later.

How to Download ‘City of Dreams 2’ Indian Web Series in High-Definition?

If you’re worried about commercials and adverts interrupting your experience or dropping internet speed hampering your back-to-back watching experience? Choose from a number of premium viewing plans that lets you not only watch the entire City of Dreams 2 web show but also download ‘City of Dreams 2’ all episodes in high-definition for anytime, uninterrupted instant watching experience. The premium subscription of Disney+ Hotstar lets you save all City of Dreams Season 2 episodes on your smartphone and tablet. You can choose to download content in high, medium, or low quality as per your preference. Below are some of the steps to download the series offline for a viewing experience in high resolution without any ad breaks.

So, subscribe to the Disney+ Hotstar premium subscription plan of your choice and watch or download the much-awaited Hotstar Original ‘City of Dreams 2’ series episodes at no extra cost.