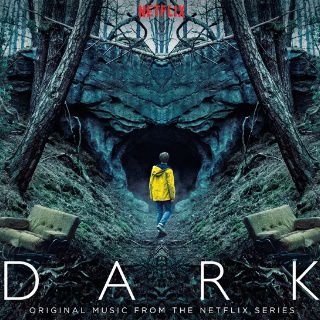 Why should you watch this series?

Looking for some exciting online content that can blow your mind? Here is a piece of great news for you! The mind-bending German thriller series, Dark third and final season is currently streaming on Netflix. The series has built up a passionate fan base since its debut in 2017, with initial comparisons to Stranger Things falling away as the show blazed its own distinctive trail.

Created by German filmmakers Baran bo Odar and Jantje Friese, Dark, is a sci-fi, time-travelling thriller with a supernatural twist. The story revolves around the disappearance of two young children, which in turn exposes the stories of four interconnected families in the small German town of Winden.

As you already know, the third and final season of Netflix’s original series “Dark” is only streaming on Netflix. If you want to watch this latest series online, all you need is a Netflix membership. Currently, Netflix has stopped their 30-days free trial for its users, so you need a Netflix monthly subscription to watch the series at no extra cost.

Dark Final Season Release Date - When is Dark Season 3 out on Netflix?

Many of us are looking forward to the latest releases of online content to watch and enjoy, and there is no better option than checking out the third and final season of Netflix’s Sci-fi thriller web series ‘Dark’. According to the official announcement, the Dark Season 3 release date is 27th June 2020. So if you are interested in watching this show, download Netflix or visit the Netflix website today.

Netflix released a two-minute 26-second video captioned as: "The end is the beginning. And the beginning is the end. Dark comes full circle on June 27." Catch a glimpse of the gripping trailer of the third and final season below:

How to watch Dark Season 3 Episodes for Free?

In case you are a Vodafone subscriber, then you can get free Netflix for one year. For that, you need to follow these steps.

Dark Season 3 Cast - Who is in the Dark cast for season 3?

Many of the series characters from Dark season 1 returns for season 3. That includes Louis Hofmann as teen Jonas, Andreas Pietschmann as older Jonas, Lisa Vicari as Martha, Mark Waschke as Noah, Jordis Triebel as Katharina, and Lea van Acken as the unnamed girl from the future. The new cast joins the series are Barbara Nusse, Jakob Diehl, Nina Kronjager, Hans Diehl, Sammy Scheuritzel, and Axel Werner. The complete list of Dark season 3 cast are as follows:

The official synopsis for Season 3 reads, "the time-twisting madness reaches its conclusion in a strange new world, where some things are quite familiar and others are disturbingly not." As vague as these synopses read, ardent fans of the show know exactly — or at least somewhat — where the show is headed: to the final cycle where all the questions will be answered.

The concluding series is expected to shed light on the mend-bending physics behind the time-twisting. However, on the way there, we are expecting a lot more time-bending twists this time around. At the same time, 'Dark' is praised for its deep delving themes of human nature — each character on the series is undergoing an existential conundrum.

In 2019, Jonas emerges from the cave into a strange but familiar world: the town of Winden, reeling from the recent disappearance of a young boy.

Martha travels to 1888 to warn her friends about the 2020 disaster. Winden residents past and present search for their missing loved ones.

Charlotte and Ulrich try to piece together what happened in the bunker. In different times and worlds, Jonas and Martha work to gain each other's trust.

Martha and Jonas travel to 2052 and get a glimpse of a grim future. In 1954, two residents of Winden go missing, and Hannah receives surprising news.

In 2020, a visitor delivers a warning to Claudia. The day before the apocalypse, Jonas begins to question Eva's motives.

Adam holds Martha captive. On the day of the apocalypse, an increasingly frantic Martha begs Bartosz for his help.

Episode 7: Between the Time

Across three centuries, Winden's residents continue their desperate quest to alter their fate and save their loved ones.

Claudia reveals to Adam how everything is connected — and how he can destroy the knot.

If you are looking for Netflix original series ‘Dark’ season 3 torrent downloads, then drop your plans right away. Do not waste your energy and time on looking for Netflix Original series from an untrusted source. As the Netflix Original series that is Dark is currently streaming on Netflix, you can watch or download it from there for free. As you know, Netflix has stopped their 30-days trial in India, so you can’t download the Dark season 3 episodes for free. However, here we bought you some tips, tricks and hacks through which you can watch Netflix web series at no extra cost.

The basic Netflix plan only allows one user to watch one show or movie at a time, but the standard and premium plans allow sharing screens, thus helping you watch multiple shows or movies on multiple devices. With the standard plan, you can share up to screens at once, and the premium plan allows you to stream up to four shows or movies at the same time. So, share a Netflix membership plan and download or watch Dark season 3 all episodes for free!

Subscribe to Netflix now to access a vast library of TV shows, Movies, and Netflix originals, along with Dark season 3, all in high definition.