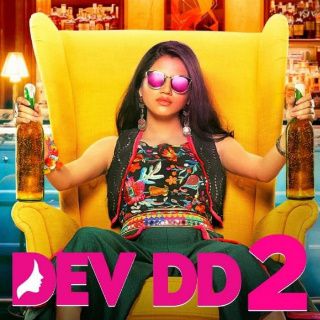 Download & Watch Dev DD Season 2 Web Series online at Alt Balaji site or App. Currently, there is no free trial offer on AltBalaji subscription, So you can't download or watch Dev DD 2 tv series for Free. But you can subscribe 3 Month pack at just Rs.100. After Subscribing you can watch all web series available on ALTBalaji platform. Not only this you can also download Dev DD Season 2 Web Series in AltBalaji App to watch later when you are out of the Internet. Another Way to Watch Dev DD Season 2for Free is get Active AltBalaji login access from your friends and family.

Get Ready to dive into the journey of intense drama, romantic turns and heartbreak all at once with Dev DD Season 2. The special series reflects the strong character of the modern-day devdas, played by Devika, Asheema Vardaan, in the lead cast. Portraying the obsessions and interest of a girl-next-door, Dev DD focuses mainly on the theatrical-sort entertainment with the theme of true love being central to the series. Dev DD 2 series brings to you an all-new experience of love, betrayal and everything relating unfolding before your eyes.

How To Watch Dev DD 2 Series on AltBalaji & Zee5 Online?

Watch the much awaited Dev DD 2 Series that is going to be released on AltBalaji and is ready to fill strong emotions. With a star cast of Asheema Vardaan playing as Devika, Rashmi Agdekar playing as Chandni, Akhil Kapur playing as Parth, Deepika Amin as Kanta, Suneel Sinha as Dharmendra Dwivedi, Sanjay Suri as Anurag Rana and Rumana Molla as Radha along with others, the series is going to get all caught till the end. The setting of the series is based purely on the sizzling aspects of love, lust and betrayal and is surely going to strike the chord of viewers. To get the taste of the new concept of love of this era first hand, subscribe to the ALTBalaji & Zee5 premium viewing plans and stream right on your smartphone and TV screens. To know more about the series, scroll down as we break the details bit by bit to get you going from the beginning as the series sets the tone.

Dev DD 2 Series is all about the eclectic mix of stunning drama, attitude, alcohol and more. The series features an unending tale of adventures of Devika as she experiences her instincts enforcing to break and recollect herself in love. The series provides a glimpse into the wilder side of love, lust and betrayal. Devika being a girl-next-door is shown witnessing the extreme extent of her behaviour and interests. The series features romantic turns and twists that makes it even more interesting. Drawing continuation from previous Dev DD Season 1 which shows Devika Dharam Dwivedi falling in love twice with Parth and Anurag, the new season 2 will reveal if she is able to discover herself. To explore the inner secrets of Devika’s love life, get set with an ALTBalaji and Zee5 subscription NOW.

The exciting Dev DD 2 series is scheduled to be released on February 20 and the fans are already excited and eagerly waiting for their beloved characters to return. Since the makers unveiled the trailer of the new Dev DD 2 series, seemingly the series will feature a more savage version of Devika which will be even more interesting to watch. All episodes of the season can be watched by subscribing to ALTBalaji and Zee5 premium membership. Download the ALTBalaji and Zee5 apps on your smartphone for a convenient & comforting watching experience. Checkout the premium plans offered at nominal rates by ALTBalaji and Zee5, for an enjoyable viewing experience.

The unending entertainment of an exciting roulette of love, lust and betrayal is being brought to you Harsh Dedhia, Sumrit Shahi, Kamayani Vyas and Nikhil Vyas. The amazing star cast of Dev DD 2 includes names:

The trailer of Dev DD 2 released highlights a completely unpredictable side of Devika. With the release of the trailer, the makers warned the fans to be prepared for a savage version of the lead character Devika played by Asheema Vardaan. The trailer reveals the badaas yet straightforward and fearless nature of Devika Dwivedi.

The all-new Dev DD Season 2 is set to hit the screens on February 20 and is expected to unfold an exciting tale full of drama, emotions and reactions. To watch the new season of the popular series without any interruptions, subscribe to the premium viewing plans on ALTBalaji and Zee5, which lets you access all episodes without limits, download offline for anytime & anywhere viewing, and accessibility on 5 devices. Below are the steps to get started with the ALTBalaji and Zee5 subscriptions for streaming Dev DD 2 in HD clarity.

To help you gain access to all episodes of Dev DD 2, below are some of the ways by which you can get a complimentary subscription to ALTBalaji and Zee5 OTT platforms.

Below are the ways by which you can utilize your Flipkart super coins to get an annual premium membership of Zee5 and ALTBalaji:

Now start enjoying the series and shows on the go for an entire year without any repayment.

Worried about commercials and adverts interrupting your experience or dropping of internet speed hampering your back-to-back watching experience? Choose from a number of premium viewing plans that lets you not only stream the entire series but download the Dev DD 2 series for anytime, uninterrupted instant watching experience. The premium membership of ALTBalaji and Zee5 subscriptions lets you save the episodes on your smartphone and tablets. Watch later by choosing to download the series at lightning fast speed. Below are some of the steps to download the series offline for a viewing experience in high resolution without any ad-breaks.

Dev DD 2 Series can be streamed and downloaded online uninterruptedly in full HD clarity by subscribing to the viewers premium plan. The membership enables more than one user to gain access to the exclusive and original shows and movies across 5 devices. The membership allows users to allow sharing the premium account with friends and family. The sharing of membership with 5 users will enable members to access five shows or movies at the same time. To view Dev DD 2 and gain access to all premium features of Zee5 and ALTBalaji, you may ask your friend to share a screen allowing you to gain access to these OTT apps via his premium account.

By availing the shared screen accessibility from your friend, you can stream the series for free and download the same to your device to watch later.

Q. When is the Dev DD 2 series releasing?

A. The much-awaited web-series Dev DD 2 is expected to be released on 20th February, 2021.

Q. How to watch Dev DD 2 series for free?

A. To watch the Dev DD 2 series for free online redeem the Flipkart Supercoins to subscribe to an annual premium plan of ALTBalaji and Zee5. Another way to stream and download Dev DD 2 series is to gain access to a friend’s premium account that will enable you to access the feature of shared screen.

Q. Where can I watch the Dev DD 2 Series?

A. The Dev DD 2 series can be watched online via the platforms Zee5 and ALTBalaji.