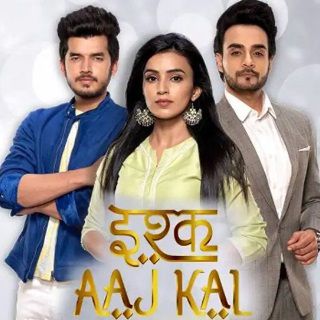 it's a spin-off from the popular television show ‘Ishq Subhan Allah’.

Ishq Aaj Kal Season 1 Zee5 Web Series Download or Watch Online: Currently there is no free trial offer on Zee5 premium subscription, So for now you can't download or watch Ishq Aaj Kal tv show for free. But for a limited period Zee5 premium subscription for 1 month which cost you Rs.99, you can get it at 40% off using coupon - GET40. So after subscribing you can easily Ishq Aaj Kal series all episode in HD in Zee5 mobile App. if you just want to watch Ishq Aaj Kal season 1 tv show online, then you don't need to download Zee5 App. Ishq Aaj Kal series can be stream via Zee5 website, mobile site or app. The new ZEE5 original Ishq Aaj Kal, is a spin-off from the popular television show ‘Ishq Subhan Allah’. if we found any legal way to download Ishq Aaj Kal full episode for free then we will update here.

You can subscribe to ZEE5 digital media for just Rs. 99/month or for Rs. 999 if you prefer 1-year subscription. While taking a ZEE5 subscription, you can watch all the latest blockbusters movies, exclusive TV shows, 90+ Live channels and ZEE5 Originals across 12 languages, all in High Definition. So, subscribe to ZEE5 now and watch Ishq Aaj Kal Season 1 online.

Ishq Aaj Kal Season 1 story is centred around Aaliya Jaffri (Ankitta Sharma), trying to find the truth about her father's role in her mother's death, Heena. Meanwhile, Arshad Khan (Angad Hasija), plays a conservative Muslim man role who is the owner of the hotel. He had a troublesome childhood because of his drunkard mother. Faraz Sheikh (Paras Kalnawat), on the other hand, does not believe that his abbu (father) who was suspected to have had an affair with Aaliya's mother, Heena. Munmun Dasgupta(Roshmi Banik) who has her own secrets. All the people land up in Manali resort as hotel interns. This is the story so far. Watch out the complete eight episodes of Ishq Aaj Kal Season 1 streaming online at ZEE5.

Thinking where can you watch the romantic thriller show 'Ishq Aaj Kal"? The Ishq Aaj Kal Season 1 is streaming online only on ZEE5 digital media website. To watch or download this season online in your laptop, tablet or smartphone, you need a ZEE5 subscription plan. Under the ZEE5 subscription plan, you can watch the latest TV shows, movies and more at one platform. Moreover, you can also download the Ishq Aaj Kal Season 1 on your device to watch it later.

As we have already mentioned, Ishq Aaj Kal Season 1 is only available on ZEE5 Digital; therefore, you need a ZEE5 Subscription to watch the show online. Once you avail the ZEE5 Subscription, ZEE5 gives you access to stream unlimited media content available on the platform. Including ZEE5 Originals, latest blockbusters, exclusive TV shows, you can also stream Ishq Aaj Kal Season 1 online in HD. The streaming is also available on Amazon Fire TV Stick & Smart TVs like Mi, Samsung LED, LG LED, etc.