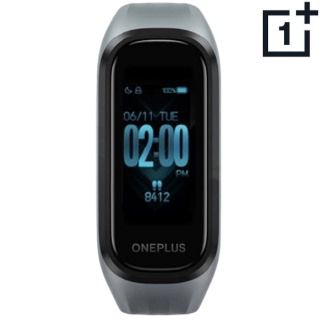 The first-ever fitness band from OnePlus is expected to launch in India soon, as officially been teased on Twitter and Amazon. To know more about the upcoming OnePlus Band Price in India, top features, launch date and buying offers, read the complete post.

After introducing a dozen best-selling smartphones in India, OnePlus is getting into smartwatches, fitness bands, audio accessories, smartphone accessories, smart televisions, power banks and even mobile covers. With the launch of its first-ever fitness band, OnePlus will be soon entering the wearables segment. OnePlus India has recently shared a teaser banner of the fitness band on Amazon, suggesting that the launch is not so far, especially in India. The dedicated microsite for the OnePlus Band reveals that the fitness band will come with sleep tracking, real-time heart rate tracking, and water resistance.

Now the questions arise—What is OnePlus Band? When is it out? How much will it cost? To know more about OnePlus Band price in India, launch date, next sale date, specifications, and Amazon buying offers, read the complete post.

OnePlus officially teased the launch of the OnePlus Band in India, suggesting that the unveiling is not far now. It is expected that the OnePlus Band could launch on January 11 in India, as shared by known tipsters Mukul Sharma and Ishan Agarwal. However, there is no official confirmation from the manufacturer, so we have to wait for some more time.

Ishan Agarwal shared some key specs of the OnePlus Band, including the launch date and expected price in India. Here’s what he shared on the Twitter post “Exclusive: OnePlus Band Launching on January 11 in India

OnePlus India also shared on its Twitter page “This year, we are here to help you achieve all your fitness goals and make your life easier. #SmartEverywear”

The OnePlus Band price in India is expected to be Rs. 2499. This entry-level fitness band from OnePlus is expected to compete with Xiaomi's hugely successful Mi Band 5 in the same pricing bracket. Other notable competitors include the Redmi Smart Band, the Realme Fitness Band as well as some offerings from Honor and Samsung. OnePlus must be betting on the segment to explode in 2021.

Remember that this is OnePlus expected price in India. The actual price will be unveiled during the launch event. On the same day, OnePlus will announce the first sale date of its fitness band. Stay tuned to this page for more updated on OnePlus Band price and next sale date.

As we already know, a microsite banner teased on Amazon dropping a fair hint of what the upcoming OnePlus Band will offer to potential mobile phone users. The fitness band will exclusively be sold on Amazon e-commerce store for Indian consumers and will come with exclusive launch offers as we had seen in other OnePlus devices. So, we can expect that the OnePlus Band will come up with some discount offers, and cashback offers on leading bank credit and debit cards. Some of the best Amazon offers you can avail on your OnePlus Band are:

If you want to buy the OnePlus Band online, shop it using Amazon Pay ICICI credit card and get 5 per cent assured cashback on your purchase on Amazon. The earned cashback will be credited directly to your Amazon Pay wallet in the form of Amazon pay balance once your next month statement is generated.

If you want to buy OnePlus Fitness Band, but don't have the amount to pay in full, Amazon also offers you an option of No Cost EMI on major bank credit cards, select bank debit cards, Bajaj Finserv EMI cards and Amazon Pay Later. So, avail the facility of No Cost EMI and shop OnePlus Band at easy monthly instalments.

How to buy OnePlus Band from Amazon?

The smart wearable from OnePlus is tipped to sport a small rectangular AMOLED touchscreen, proper water resistance with IP rating and multiple days of battery life, just like we have seen on other affordable fitness trackers. It will come equipped with a real-time heart rate tracker, a SpO2 sensor for blood oxygen level monitoring, and will also support sleep monitoring. That’s not all, it will offer support for 13 sports (exercise) modes. With this fitness band, users will also be able to track their sleep patterns. Last but not least, the fitness tracker from OnePlus will offer a 14-day battery life on a single charge.

As of now, there is no official confirmation from OnePlus India regarding the launch of the fitness band in India. However, if the OnePlus Band arrives in India for a price tag of around Rs. 2,500, it will be competing against Xiaomi’s Mi Smart Band 5 and other affordable fitness bands including the Realme Fitness Band, Xiaomi Mi Band 4, Oppo Band, Honor Band 5i, etc.